A Journey Through The Star Wars Saga 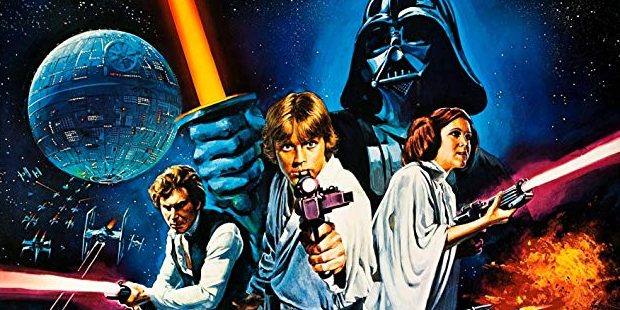 Unlike a lot of people, I didn’t grow up in a Star Wars family. My first experience with Star Wars wasn’t until I was at least 9 or 10 years old – I missed the entire prequel trilogy in theaters. But despite this, I’ve become a big fan of the series, or at least the films, and I like to think I can appreciate all of them – in fact, I trace my interest in film back to 2015’s The Force Awakens.

Back then, I would go to see films every now and then – maybe an Avengers film or a Pixar film every now and then – but I wasn’t a huge moviegoer. But I was utterly gripped by the film from the first moment and I paid to see it three times, the first time I’d even seen a movie twice. Just like it transformed me into a filmgoer, it also was the very first movie I bought on Blu-Ray, when I now have a good collection in the format. So to say I have Star Wars to thank for my interest in film undersells it – without The Force Awakens, I’m not sure I would have become such a big fan of cinema.

While a lot of people group themselves into camps, I just like Star Wars, so there’s not going to be a lot of hot takes here aside from one very big one: that all of the Star Wars films are good. In fact, I’d say that the vast majority of Star Wars films are great. Clearly I’ve got my favorites, but I’m not one to play favorites at the exclusion of all the others. I genuinely love these films and this series.

With this series, then, I’m going to examine every film in the series, including all of the saga films as well as Rogue One and Solo. I’ll be going in release order, but with Rogue One and Solo appended after the prequels. In addition to my own opinion, I’m going to give some background on the films generally (and yes, this includes the Special Editions), and I’m going to go over some of the major impacts each of these films has had on cinema; most Star Wars films have had a major impact on filmmaking, technology, or culture in general, even the weaker entries. I won’t be focusing on the popular internet forms of film criticism, where horrendous series like CinemaSins try and nitpick a film to death, and I hope commenters will refrain from such criticism because I find it incredibly unproductive and damaging to cinema. What makes a film good or bad is the characters, story, cinematography, and music, and that’s what I’m going to try and focus on here. I’m also going to give my own overall rankings for the series, from first to last, which will be the perfect and infallible ranking of the series that nobody will ever disagree with. Anyway, I hope you’ll join me on this journey through the Star Wars saga.