Worst Use of “Will They or Won’t They” Ever: How I Met Your Mother 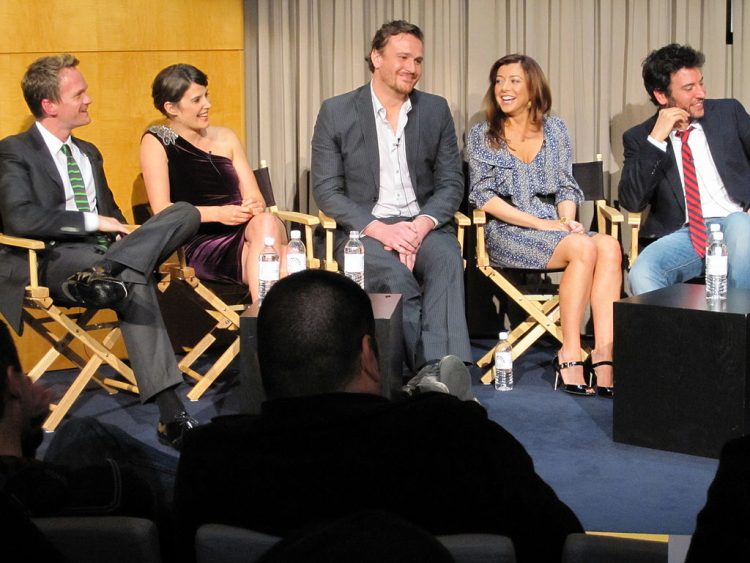 Last week, Kristin Devine wrote about the overused plot device of “Will they or won’t they” and how it spoiled the TV show “Veronica Mars.” I totally agree with her on both points. WTOWT is probably the most overused TV trope ever. And it’s not really an accurate description because you know that the couple inevitably WILL, it’s just a matter of WHEN. And how many times they will break up and get back together over the course of the season.

But perhaps the most egregious use of WTOWT ever was on the sitcom “How I Met Your Mother.” I still remember watching the series pilot where our hero Ted Mosby (Josh Radnor) meets aspiring TV reporter Robin Scherbatsky (a then unknown Colbie Smulders.) It was a pretty good beginning for a sitcom. Boy meets girl. Boy immediately falls in love with girl. Girl gets scared off by boy’s declaration of love. But, you could clearly see where this one was going. They would inevitably end up together, and she would be the titular mother that Ted spends the entire series telling his future children about.

Except, she wasn’t. The writers threw a curve ball at the end of the pilot by revealing that Ted’s future kids would know this woman as “Aunt Robin.” So, she’s NOT the mother. No wondering about whether they would end up together because it’s already in the lore that they WON’T.

Except, they did. Ted and Robin would spend the next 9 seasons getting together, breaking up, dating other people, MARRYING other people, being widowed and divorced, and Ted having kids with a woman who after 9 years of buildup was brutally killed off without explanation in the last minutes of the final episode, just to have them finally end up together. Fans were outraged. I was one of them. How could they spend NINE YEARS building up this love story with this mythical mother (not to mention the entire last season on the wedding of Robin to Ted’s best friend Barney) just to pull this stunt?

I can see why the writers made the decision to go this direction. For the first several years of the show, Ted and Robin were clearly meant for each other. You couldn’t help but like them and root for them. If only it weren’t for that pesky detail that we KNEW it wasn’t meant to be. But the shows creators not only had the ending worked out, they filmed the last scene in 2006 because the teenagers who played Ted’s future kids would have been grown by the time the finale aired 8 years later.

But they screwed up. First of all, the cast was so amazing and the stories so well written, that they really sold us on the matchups. For 8 years, they built up this unseen character, dropping bits and pieces of her story (she played in a band, she carried a yellow umbrella, she was the roommate of one of Ted’s many girlfriends on the show.) And I really had a hard time believing that they would ever find someone who could live up to the hype.

Except they did! With zero warning, actress Cristin Milioti walked out onto the train platform carrying that yellow umbrella and I just about screamed. She was PERFECT. Over the course of season 9, the audience fell in love with her as Ted did. It was all jumbled and told in flashbacks, but we got to see the highlights of their life together: the first date, the wedding, the kids who had been listening to this story as their father droned on about it for 9 seasons. And finally, their first meeting. It was adorable.

They also did a pretty good job of selling us on the Barney/Robin pairing. Two very flawed people with serious commitment issues deciding to give it a shot. Who WOULDN’T root for that? I guess the writers didn’t bother watching what they had created because rather than realizing that they had made a serious error and just redoing the ending, they had Robin and Barney break up in the series finale, and killed “the mother” off with whatever disease that always strikes soap characters with a quick death that still leaves them looking beautiful. Then we discover that the whole point of Ted telling this story was so that he could ask their permission to start dating Robin (and what did DOESN’T want to see his dad date another woman?)

In the last decade, there have been more disappointing series finales than satisfying ones (Looking at you “Game of Thrones) but it takes a truly egregious one to ruin the entire series for me. And the finale of “How I Met Your Mother” was one of them. USA Today named it the worst series finale of all time. Fan outcry was so great that they released an alternate ending when the final season DVD was released. In it, Ted and Tracy (we finally learned her name!) live happily ever after with their two children. Was it lame and cheesy? Yes. But it was sure better than watching Ted get back with Robin one last time.

The new TV season kicks off this month. I’m sure that there’s at least one couple setting off on the whole “Oh, you know they’re going to. Just get it over already” story line. I’ll just be skipping the roller coaster this time.