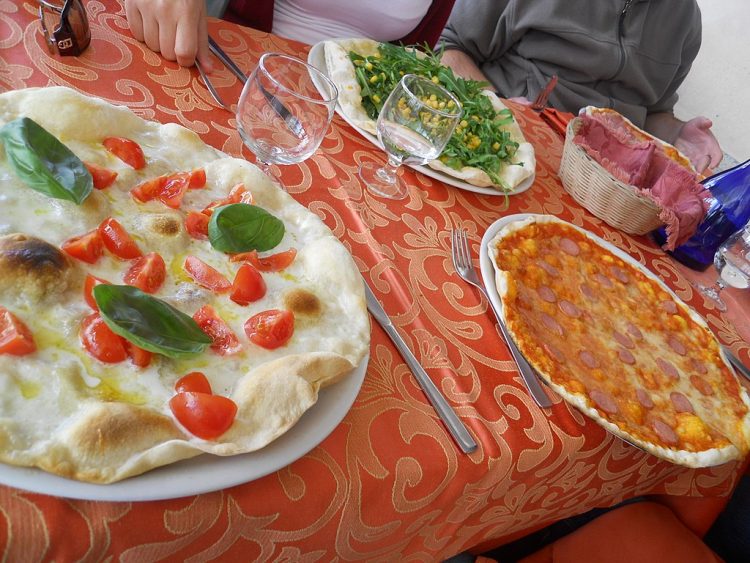 Some years ago I took a short holiday to Rome. Perhaps not the pizza capital of the world, but at the very least the capital of the pizza capital. Being a non-vegan at the time, I was eager to avail myself of all the dairy and meaty goodness the fine people of Italy could serve up for me. (As an aside, vegan pizza is… well. Let’s just say that there’s an untapped market for a decent melting cheese replacement).

First port of call was a little restaurant near the hotel I was staying in. This was promising from the get-go – of all the staff there, only one of them had any bit of English. Authenticity wasn’t going to be an issue here, and this was reflected in the quality of my meal. The next was a restaurant neighboring the first, and it was of similar quality. So far so good! The Italians were living up to their reputation. Roman pizza is thin-crusted with a large diameter, so the toppings really do most of the work. It’s a style that rewards quality ingredients and loving preparation.

These elements were notably absent in the third restaurant we tried. To be fair, I can’t blame the restaurant in it’s entirely here – it was clearly signalling it was a tourist joint that a local wouldn’t be caught dead in. A big colourful outside menu, complete with pictures of the food, and English before Italian descriptions. The location was just beside the Colosseum, so it might be a lesson in the virtue of walking an extra five minutes before you sit down for food when abroad. The food was shocking, so much that I hesitate to even call it ‘pizza’. The charitable reading was it was an attempt to recreate the bread aspect of panem et circenses, though honestly I’m not sure I’d even take it again for free if I returned.

The best pizza I had while there, however, was ironically the cheapest. It was a little restaurant with the outward appearance of a shack. We found it after spending a day in Ostia Antica, a wonderful site outside the city where you can explore the ruins of a Roman town. Google Maps informs me that a possible candidate for this restaurant is ‘La Kucina’, though I wouldn’t be making travel plans based on my recollection of where it might have been!

Anyway, we got two pizzas and a glass of wine each for the low low price of €11 – a classic pepperoni and a margherita. That meal was absolutely phenomenal. A thin and crispy base, the perfect ratio of tomato sauce to cheese, a hint of beautiful extra-virgin olive oil bringing everything together. It was exactly what I was after, and fostered my love for the thin-base style that persists to this day. I’ve eaten a lot of pizza since and I’ve yet to return to the peak of that day.

It may have simply been the hunger after spending a day in the scorching sun wandering around a Roman ruin. In Ireland we’ve a saying for this – is maith an t-anlann an t-ocras. But it stays with me as an important lesson in food – there are gems to be found everywhere. The least impressive looking place can end up being the one you’re writing about years later! So be willing to wander a little, and to give the unknowns a shot.