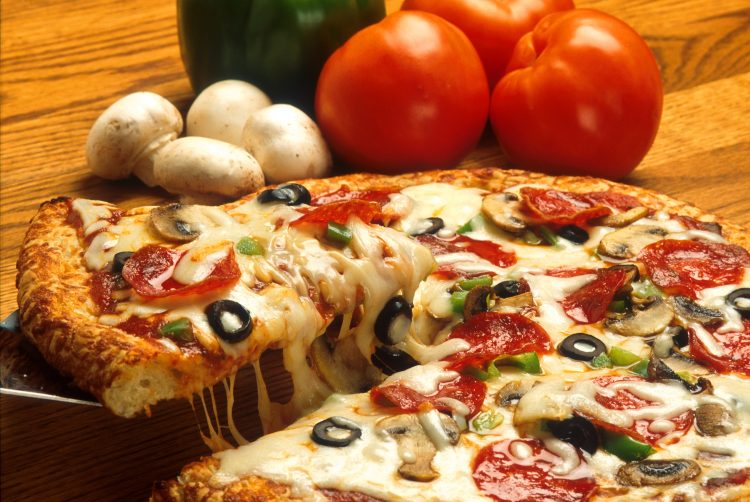 What really brought it all back was the pizza.

Human memory is a strange place and not a very well-understood one. We have learned, over time, that our memories are not as reliable as we’d like. They’re less like video tapes than they are stories we tell ourselves from one moment in our life to the next. And like all stories, they can change in the telling until what we remember is not quite what happened. Our life is an 80-year long game of telephone we play with ourselves.

The reason is because human memory if fuzzy. A computer records its memories in exact detail. Ours are recorded more as impressions in a flabby lump of protein. You don’t really know what anyone’s face looks like — try drawing one from memory. But you know their face well enough that, when you see them, the cells of your brain light up and say, “Aha, that’s Bob!”

Some things, though, make the brain up a little brighter than others.

In June, I spent a few days in a place I’d not walked in two decades: Northfield, Minnesota. The occasion was the 25-year reunion of my Carleton graduating class and I had been cajoled, harassed and eventually bribed into going. It’s a bit strange going back to a place that you once lived for four years and where some of the formative experiences of your life occurred. I found that the things I remembered were often somewhat random but very specific. Some people I barely remembered at all. Others I could remember exactly where I met them, what they majored in, which dorms they lived in and what their final comps was on. Some places I had spent years of my life in felt unfamiliar. Others came with a almost a jungian surge of familiarity.

There were two things in particular that made me feel like I had fallen backward in time. The first was when I walked into the student center at Sayles-Hill. There was a rush of smells and sounds that almost staggered me. I could remember all the days I walked in there to check my mail1 or take the back route to my dorm or get something to eat or play pool or watch the Braves flop in the post-season.

The second was when I took my first bite of pizza.

Basil’s pizza has been in Northfield since 1960 and was a staple of late-night study sessions. In particular, they have a gyro meat pizza that I loved back in college2 Late at night, at the Class of 1994 “lounge”3, a bunch of pizzas were brought in and the middle-aged alumni we are converged on them like the young students we once were. I expected it to bring back some memories. I did not expect it to taste exactly the same. I did not expect the rush of sensation and memory that made me feel like I was 20 again, late on my problem sets, wondering what the weekend would bring and trying to figure out how to get the cute brunette in anthropology to notice that I liked her.4

This is the power that food can have and particularly the power that something like pizza can have. It is one of the few things that continues through American life. Fads come and go but pizza carries on. It has been part of Sunday nights with my family as a kid; it’s now a part of Monday nights with my family as an adult. It extends back before my birth to when my parents ordered out Chicago pizza soon after they met; It will extend into the future when my great-grandkids whine about how much it costs to get pizza delivered to Peary Crater. It’s been a part of cram sessions when I was 20; it’s been a part of late-night observing sessions when I was 40. I’ve devoured pizza that was provided as a thank you from faculty for helping out the department; I’ve provided it to students as a thank you for helping out the department. I’ve eaten terrible pizza in the shadow of the Vatican; I’ve eaten amazing pizza in the shadow of the Alamo. I’ve eaten gourmet pizza with ingredients I couldn’t even name that cost way too much; I’ve put pizza sauce and cheese on a tortilla, microwaved it for 30 seconds and shared it with my son. Pizza is far from my favorite food. But nothing else has quite the same power to transcend time and space.

It’s probably all of the above. We don’t often think about how ingrained this food has become in American life. But it follows us everywhere, for good or ill. And that gives it the ability to make a 47-year-old astronomer with two kids, two mortgages and one less gallbladder feel like a 20-year-old college student with no responsibilities, all organs in working condition and the unknown future ahead.

At least for the few moments before I remembered that all that greasy food meant I should take my Zantac before I went to bad.