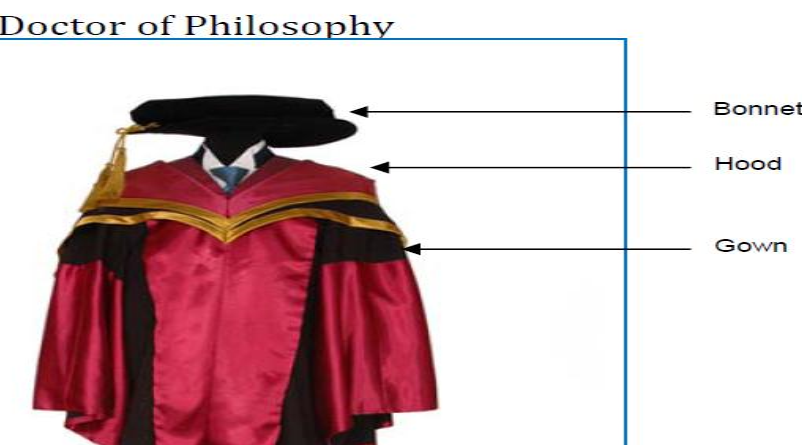 Photo by Jenakarthik via Wikimedia Commons

It has been a while since I last posted here. The last time I posted here, I had just started my PhD at the University of Warwick. This has now changed. I have officially been awarded my PhD by the University. So this is the rough timetable of what the tail end of my PhD was like:

My thesis argued, firstly, that the standard version of political liberalism presupposes epistemic permissivism and secondly, that epistemic permissivism is false. The standard version of political liberalism consists of two claims. The first claim is a public justification requirement according to which the exercise of political authority is legitimate only if it is publicly justifiable. The second claim is that only liberal laws and policies satisfy the first condition. Epistemic permissivism (related) is the claim that people can rationally disagree about a proposition even if they had the same total body of evidence regarding that proposition.

The thesis had 8 chapters and came up to almost 70 000 words. The first (and introductory) chapter dealt with showing that the notion of reasonable disagreement associated with political liberalism was best interpreted as rational disagreement between reasonable persons. The second chapter argued that the standard account of the causes of reasonable disagreement pointed to causes which had nothing to do with people having different evidence; i.e. they would be in effect even if people had all of the same evidence with regards to a proposition. Chapters 3-7 involved showing that permissivism was false. Chapter 8 was a very brief conclusion where I summed up my arguments and tried to handwave a few implications for political liberalism.

Writing the thesis, in my experience, was a matter of starting with a very ambitious project and paring it down severely. I initially wanted to argue for a non-standard version of political liberalism that did not rely on the reasonable/unreasonable distinction that the standard version relies on (as in do away with the distinction altogether). This was way too ambitious and I ended up with only part of an argument that showed why the standard version of political liberalism is not viable.

2. On July 17th, I had my viva, which I passed with no corrections. This sounds more impressive than it actually is. In my case, there were some typographical errors which I had to correct. The internet tells me that many others who only had some typographical errors to correct got awarded a pass with minor corrections.* I suppose, whether typos count as minor or not at all depends on the examiner. Moreover, this is not to say that the examiners had no substantive concerns about the thesis. On the viva date, both examiners really hammered me on whether reasonable disagreement (as according to political liberals) really is rational disagreement between (morally) reasonable persons. After going back and forth on this point for a good 25 minutes (with the internal and external each having separate objections), the examiners raised a few more minor concerns which I was able to address. Then, they sent me out to worry and metaphorically chew on my nails, conferred amongst themselves, and called me back in for the result.

3. After telling me the result, they gave me their examiner’s reports which listed the typos I had to correct. Later, back at the department, over drinks, I was told that even though I had passed with no corrections, I could not call myself Dr. Murali yet. First I had to submit a hard-bound copy of my thesis to the library and then I had to wait for the letter of conferral. I thought that all this would be done within a few weeks. Boy was I wrong.

4. Of course, I couldn’t just send off my thesis to be printed and hard bound immediately. I had to wait for the Graduate School to write to me telling me that they have approved the recommendation made by the examiners that the degree be awarded. This makes some sense because the examiners have to write up their reports officially and this can take time. I finally received that email from the Graduate School on the 29th of July. I had by then already corrected the typos and was back in Singapore. I sent out the thesis to be printed and delivered to the library within hours of receiving that email.

5. The thesis finished printing and was delivered to the university library on the 2nd of August. Since that was a friday, the Graduate School notified me that they had received it on the following Monday, the 5th. That didn’t mean that I was free and clear. In that same email, they told me that my name was now in a pass list for the Steering Committee to approve. What bugs me here is that it’s unclear why this is necessary. Why can’t the graduate school just award me the degree directly?

6. Of course, I was getting impatient now and I started searching for the schedule for when the Steering Committee would next meet. I found the timetable, but some committee meetings which had been booked for the 5th or the 12th of August seemed to have been cancelled out. The next meeting was on the 19th. Oh well…

7. At least they did end up meeting on the 19th. However, I only learned about this on 2nd of September when I received an email conferring the award me. It said Dear Dr Anantharaman… Anantharaman is my father’s first name and hence a patronym. So while my dad is Dr. Anantharaman, I should be Dr Muralidharan or Dr Murali or maybe…

8. So now, I’m back in Singapore. I’ll start work most likely in January, with some luck, in a more permanent position, or an adjunct position otherwise. Maybe I’ll contribute more while I have the time…