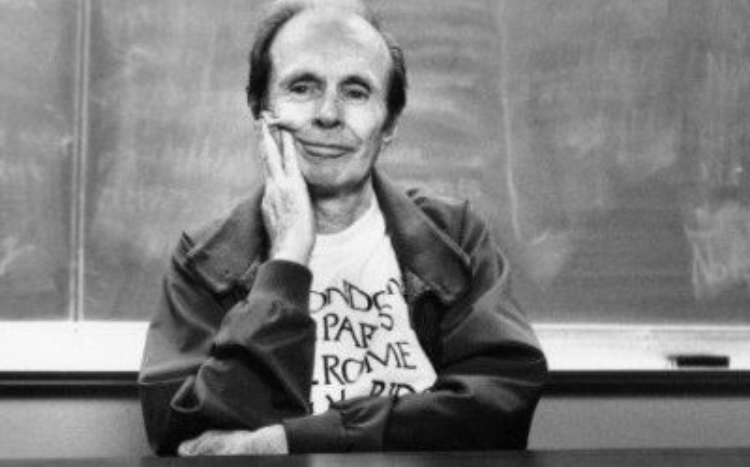 To supplement my cat’s income, I have been working weekends at the perpetually dying mall at the center of our city. In the mid-60s, the city demolished roughly 43 acres of downtown and built a huge mall as an ambitious “urban renewal” project. It’s largely gone fallow without any flagship stores, although there are about five blocks in the vicinity of the mall that have been “revitalized” (a new form of urban renewal), have quickly peaked, and- as rents have doubled, tripled, and quadrupled by the grace of God- have started to close up and enter the last stages of the city’s endless cycle of renewal, life, and decay.

In this early morning weekend job, I encounter a regular cast of homeless men who are approximately my age and wander the roof and sidewalks of the building while the shelter across the street closes for daily maintenance. Some of them are younger; there are immigrants from Syria and Somalia whose children spend most of their time on the roof smoking blunts and then roaming alone from edge to edge. There are men with the hollow eyes of returning veterans who will sit on the roof drinking all by themselves in the middle of winter, digging out a spot on a bench from the snow. There are chronic street kids who are more likely to use harder drugs and are consequently more prone to violence. We’ve had a handful of stabbings around the building this summer. I retrieved a dropped ski glove for a street kid who said smiling “I gotta hang on to those. I took a man’s life for these gloves!”

The guy who did this job before me had a streak of bad luck: he worked construction until being partially crippled in an accident, then cleaned the building exterior at the mall until a meth-head vagrant attacked him with a lead pipe while he was emptying a trash can. He taught me the schedule and griped, understandably, about the men who camp around the building. They’re bums and losers and you see them in long lines around the liquor store before it opens on days when the welfare check comes in. They’re living off hardworking people like us. They should put ‘em on an island or lock ‘em up and throw away the key. All the usual grumbles. Guys near the bottom of the ladder always piss downwards. He told me I was lucky to work primarily at a university: “Those kids are trying to make a life for themselves. These guys have thrown their lives away.” “That might be true,” I responded, “but I wouldn’t wish addiction on my worst enemy.”

This week, I read two books by Hubert Selby Jr. set in the Brooklyn corner of Hell. Last Exit to Brooklyn was Selby’s first book. He essentially forced himself to become a writer after a severe bout of tuberculosis nearly killed him and left him incapacitated and nearly breathless for a decade. It’s sort of the classic story of a writer’s apprenticeship in the pre-MFA era: struggles with hard work and poverty, time in the merchant marine, hospitalization for illness, addiction to morphine and alcohol, jail, dead end shit jobs, and every night after work spent sitting and writing. A friend who read the book years ago commented “Oh yeah, that’s the one with the prostitute getting sexually assaulted by a group of men. God, I’ll never forget that story!” The story, “Tralala” took Selby six years to write and was his first story. It is told through the eyes of a very young woman who sees herself as a sexpot and is basically a lush, and is finally “gang banged” by a large group of hoodlums in a scene that is horrific and desolating. I’ll never forget it either.

The book is composed of stories and vignettes and the one that most sticks with me is “Strike”, a novella that anchors the book and describes a blue collar lout named Harry who detests his wife and his boss and throws his weight around as a union rep while a strike shuts down the factory. Harry is about as unlikeable a character as could be imagined: abrasive, lazy, drunk, misogynist, and abusive. At the local bar where the louts get drunk each night, a gang of drag queens drink and bicker and trade insults with the men, and with Harry, in between turning the occasional trick. He finally gives in and has sex with one of them, Georgina. And falls in love. At that point, all of his anger and cruelty starts to look like that of an animal lashing out at the bars of the cage in which it is trapped. Of course, it all ends badly. The book was published in 1957 and the options for a closet case were fairly grim. The story, as all of the stories in the book, is searingly true; naturally, the book was charged with obscenity.

I also read Requiem for a Dream, which I knew from Darren Aronovsky’s 2000 film adaptation, a brilliantly made movie that I will never watch again. The story is about a young man, also named Harry, his girlfriend Marion, buddy Tyrone C. Love, all of whom succumb to heroin addiction, while his mother, Sara, a lonely widow who has been scammed into believing she will appear on a television game show, takes diet pills to lose weight for television, and becomes addicted to speed. Everything gets progressively worse for everyone. Aronovsky has said the story made sense to him when he realized the hero was Addiction; it’s the only one who wins.

The movie is harrowing and the novel adds to this with some subplots that were excised: Marion takes money early on to sleep with her therapist; when Sara is finally institutionalized, a psychiatrist recognizes she is suffering from addiction to uppers but loses in a power struggle with a higher-ranking doctor who thinks she is schizophrenic; Tyrone dreams of his dead mother’s touch while in prison; Marion dreams of returning to Italy, where she took a trip that changed her life. If the movie is painful to watch, the book is devastating.

But film is a visual medium and much of the book is told through internal monologues (or “infernal monologues” as Richard Price calls them) and this is where some of the qualities that make Selby a great writer shine through. For one thing, he’s a hell of a mimic. Here’s a passage, chosen at random, of Sara Goldfarb’s thoughts:

“The voice kept rumbling in her stomach. Before when it started she took more coffee or another pill and it went away, now its just there. All the time. And that nasty coating in her mouth, like old paste, it used to go away, or something. It didn’t bother her. Now, ech. And all the time the trembles in the arms and legs. Everywhere. Little things under the skin. If she knew what show it would go away. That’s all she needed. To know. She finished her coffee and waited, trying to think those good feelings back into her body, her head… but nothing. Paste and old socks in the mouth.”

There are pages of the rambling thoughts of addicts, which put the reader closer to a hellish situation, but also humanize the characters greatly. Marion and Harry dream of opening a coffee shop and are ennobled by their love for one another. Sara lives in the grief of her husband’s death. Tyrone dreams of returning to childhood, perhaps the only time he knew love. Price also pinpoints the other great quality of Selby’s work: “Love- a forgiveness and compassion that elevate all the bottom dogs that populate his work.” It is what brings his writing closer to Dostoyevsky than the mid-century pulp novels that also dealt with drugs and crime and prostitution. His characters dream great dreams and fall to earth hard.

Some dream of scoring a pound of heroin; another dreams of being on the television she watches all day. Selby is more specific:

“This book is about four individuals who pursued the American Dream, and the results of their pursuit. They did not know the difference between the Vision in their hearts and the illusion of the American Dream. In pursuing the lie of illusion, they made it impossible to experience the truth of their Vision. As a result everything of value was lost.”

As you might notice, Selby cares greatly about the soul.

Nevertheless, it’s very difficult reading. Suffering is a fundamental part of human life, but we try to avoid it at all costs. Balzac compared it to chickens getting rid of the sick chicken. As for those haunted men around the Mall, the city (whose only real business is increasing the value of real estate at this point) has tried to force them out of downtown for the sake of “optics”, effectively criminalizing suffering in public. Selby puts us right there and makes us suffer with the suffering.

To be blunt, Selby buried me. But I’m glad to have read him. I’ll take a break before reading his other novels though.

So what are YOU reading, watching, playing, pondering, or creating this weekend?