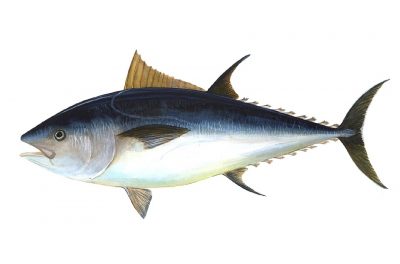 I’m not a very adventurous person. I don’t like to travel. I don’t care for parties or concerts. My idea of a good time is usually sitting back and reading a book or watching an interesting movie or listening to a good lecture. The same is true for food. My tastes evolve slowly, if at all – more than once, I have had a “regular” dish I ordered from restaurants so frequently that I needed but show up and they already knew what I wanted.

But every so often, I’ve been known to try something a little out of the way – usually after being pushed. So it was that when I saw pineapple pizza being condemned as The Worst Food on Earth that my curiosity was piqued. I mean, I’d never had it and usually prefer pizza without toppings, but surely the vitriol wasn’t justified? How bad could two delicious foods eaten together be?

So I gave it a shot.

It’s not disgusting, but the sweet and sour tastes clash too much. But then I noticed that my local pizza shop offered tuna toppings, too.

It was divine. Think an upside-down tuna melt, with the added benefit of the cheese and bread quality of restaurant pizza. It remains one of my favorite dishes to this day.

Yet when I reported this fact on Twitter (this was in the days before everybody hated each other), you’d think I’d committed a crime worthy of the Hague. The fury directed at pineapple pizza was nothing compared to the alarm, consternation, and sheer befuddlement that my followers express whenever I say that tuna pizza is a real delicacy.

So I was exposed to a side of social media not often mentioned in the constant lamentations of the Death of Democracy and the poisoning of public discourse: Food Twitter.

It is a wonderful and strange place, where people discuss the universal language of sustenance in a manner free of pretty much all the hangups you see in modern life. There is no “to each their own” or “different strokes” and the like – there is a right and a wrong, a good and a bad way to eat (and what to eat). And it’s objective, apparently, not a matter of taste or culture or upbringing.

Tuna pizza may be a delicacy in the Mediterranean region and beyond, but dammit, American tuna is awful, therefore it’s awful everywhere! Lots of people might like candy corn, but dammit, I don’t! And how dare you put anything but mustard on a hot dog?!

They say everyone is conservative about what they know best, and damned if almost everyone doesn’t have a strong opinion on food, whatever their political leanings.

Yet as strident as opinions are on Food Twitter, it never feels mean or condescending or “triggering.” I have had many an unpleasant discussion on Politics Twitter. I’ve even had a few regarding other issues. But Food Twitter? I never thought arguing and teasing and tossing around banter about something as silly as a pizza topping would be so fun. Or even mischievous.

GK Chesterton may have said that there is nothing worth discussing but politics and religion, but I find increasingly that it is wonderful that there are things outside those important fields that we can debate, discuss, and experiment with that are free from those “greedy ideas.” Anyone who doubts the importance of small talk and silly banter should see all the friendships formed between very different people over food. I certainly don’t regret it.

I’m still not very adventurous. I still hate travel and don’t care for crowds or rapid change. But my experience in experimenting with food and debating whether tuna pizza really is delicious or the devil’s work (it’s the former, obviously) has taught me that nothing brings people together, greases human affection and mirth than discussing food.

And if you don’t care for my tastes, well…more for me.