One More Slice With Andrew 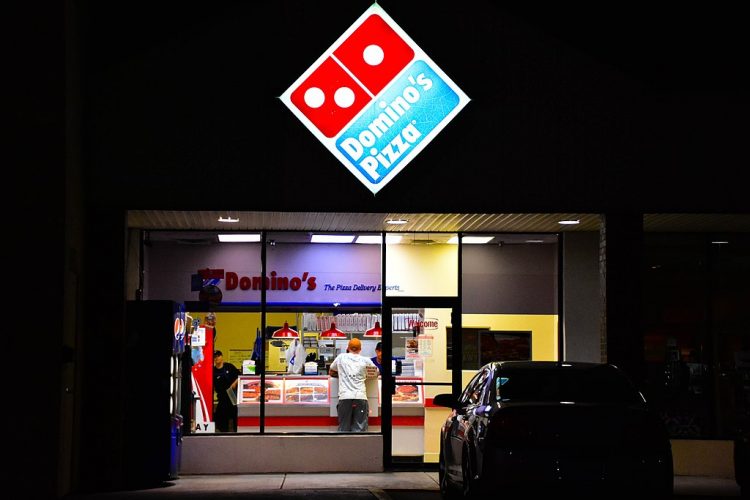 I want to tell you a story about my friend Andrew. It happened about twenty-five years ago. I was in high school and he was in university, so I may have some details wrong, but it speaks to the nature of Andrew’s character.

It was wintertime, and we’d had some pretty cold days. Andrew was driving downtown; I think he was on his way to class. He saw two guys walking along the road. They were probably high school age, and they were dressed more for fashion than for February. Andrew pulled over. He rolled down the window and called to the two guys, offering them a lift. Apparently, they were a little wary, because how many people actually do that? But Andrew insisted, so they got in and Andrew took them home.

I’m pretty sure that I’ve eaten pizza with Andrew. It’s the ubiquitous food when you’re young and hanging out. As I would learn, Andrew ate a lot of pizza. After university, he moved out and, rather than cook, he’d tend to order pizza…a lot. Domino’s was his choice, and he’d order it maybe five times a week or more.

Eventually, though, life happens. People change. Andrew met a girl and they fell in love, but she didn’t love eating pizza every night. Suddenly, Andrew was eating properly. He was growing up, being healthier and living a more adult life.

It’s a sad thing, but it happens to all of us, at some point.

With a serious relationship and a healthy lifestyle, things were different for Andrew…but you can never really forget your first love. One night, after having not ordered pizza for quite a while, Andrew ringed up Domino’s and placed his order. When the delivery guy showed up, he was so happy to see Andrew.

The people at Domino’s were actually worried about him. They thought something might have happened since he hadn’t ordered anything in so long: maybe he was sick, maybe he’d been in a terrible accident; but, no, just life and love and all that.

I had lost touch with Andrew when this happened–not for any particular reason, people just drift apart. You go to school, get a job, move to a different part of town…y’know, life.

Although it happened more than a decade ago, I only heard this story three years ago at Andrew’s funeral.

It’s not surprising that the pizza guys got to know Andrew to the point that they would actually worry about him. Andrew was an incredibly kind person. He was earnest, and he was interested in everybody and in everybody’s well-being. If you spoke to him once, he was willing to be your friend for life.

This earnestness–the way he wore his empathy on his sleeve–made him a bit of an odd duck. Most of us aren’t like that. Most of us won’t stop our car to pick up two strangers in the middle of winter because they might be cold. Most of us don’t live our life offering love and empathy to everyone we meet.

Andrew’s funeral was devastating, but as sad as it was, it was also full of joy. Andrew left behind a wife and two pre-teen daughters. In the church, they were surrounded by his parents, siblings, nieces, nephews, friends and colleagues, all remembering this wonderful person and lamenting the massive void in his place.

I have never experienced the loss of a loved one that has made me as angry as Andrew’s death. I was angry that he was dead, that his kids lost their dad and that all of us lost a person like Andrew.

Amidst the tears, there were stories–stories about his compassion, his humour and his life–and there was pizza. After the funeral, we all went downstairs to the church hall. There were boxes and boxes of Domino’s pizza waiting for us. The food that had sustained Andrew through much of his twenties, the food that had defined him, this was the food that needed to be served after his funeral.

So we all got to have one more slice with Andrew.

Jonathan McLeod is a writer living in Ottawa, Ontario. (That means Canada.) He spends too much time following local politics and writing about zoning issues. Follow him on Twitter.