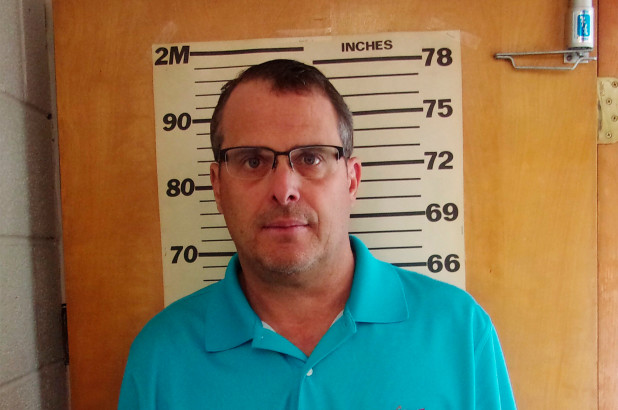 We all love a salacious headline, don’t we? (Don’t lie.) When it involves allegations of sexual impropriety by one who has a political affiliation opposite your own, we are especially prone to indulge in schadenfreude and the inclination to utter a Nelson Muntz-like “HA HA!” is strong. 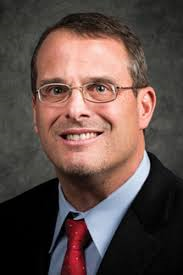 Mike Maroney won the state senate race for the 2nd District of West Virginia in 2016. He is a doctor, a veteran, a father of two, and a Republican. He is also apparently a man of sexual appetites who sought the services of a sex worker, whom he solicited via text message this past May. The sex worker in question became the subject of investigation by local authorities, who found the texts and traced them back to Maroney.  Police filed misdemeanor criminal charges, and Maroney turned himself in.

Reaction was swift, with the chair of the state Democratic Party calling for Maroney’s removal. Of course, this would occur from either side of the aisle, for any elected official from the opposing team charged with any sort of crime. And that’s fair enough, since the lawmakers should not be violating the law.  If Maroney is proven guilty, his ouster is appropriate, though I am of the opinion that, barring serious violent crimes or crimes against the public coffers such as corruption, such ouster should occur at the voting booth.

According to CNN, the sex worker involved is challenging the constitutionality of the state’s prostitution statute. Good; I personally do not believe that voluntary sex work should be a crime, so I’m interested in the outcome of that argument. Senator Maroney is not married; his sex life is his own, and though he, like many other politicians, has espoused “Christian values”, I leave the judgment of his actions to the god he worships, and the judgment of his perceived hypocrisy to his constituents. And like most modern political scandals, there’s an ironic tweet:

Socialism, dismantling of Christian values and guilty until proven innocent. These components of the liberal agenda will be refuted in a big way in WV.

But there is another side to the story that I find harder to wave off. Maroney is chair of the senate health and human resources committee, which oversees legislation regarding, among other things, public health and child welfare. The news reported that the sex worker he solicited is a heroin addict working supporting her habit. Her house was said to be strewn with uncapped needles and human waste, but in one of the texts, Maroney allegedly said he “didn’t care about a messy house”. A google search of the woman’s name reveals she was charged a few years ago with child neglect after calling 911 to report a drug overdose and responders found children living in the same conditions described in the recent police report. If Maroney ever actually met with the woman, which is unclear, the circumstances of her living conditions and likely evidence of her addiction would have been obvious. One would hope a man who has taken on the responsibility of fashioning policy to address desperate situations like hers would have sought help for her, rather than enable.

Senator Maroney has reached a position of respect and influence, no doubt through much hard work and ambition. The story here isn’t that he was looking to pay for sex; it is that he became a first hand participant in some of the worst issues faced by our state. Did he direct her to resources to help her as he zipped up his pants afterward? I mean, maybe he did. Best case scenario is that being face to face with her desperate situation inspired some sort of internal call to action that the senator would put into motion at the next legislative session.

We likely won’t know. The news is not interested in another drug addict with a sad story selling her body or how she got to that point; it is more interested in a politician’s fall from grace. It’s not an opportunity to discuss the scourge of the heroin epidemic or the dire circumstances some of the state’s citizens find themselves facing; it’s an opportunity to cluck self-righteously at another elected official who has failed to live up to the esteem of his position.

It is not often that West Virginia makes national news, but when it does, it is rarely a positive thing. Fortunately for us, politicians embroiled in sex scandals is a universal phenomenon rather than an oddity for which our state can be singularly scorned. To be honest, it pales in comparison to the embarrassment that was our state Supreme Court being impeached in its entirety last year, or another of our legislators threatening to drown his own children if they are gay, or our governor with his platter of actual bull shit at a live press conference. A garden variety senator-with-a-call-girl barely rates in the top ten most shameful actions of West Virginia politicians this decade.

State Republicans will do their best to pretend this didn’t happen and move on. The Democrats will make what hay they can of it and then drop it. Mike Maroney will probably step down after quietly pleading guilty, and likely continue to be a doctor and raise his children. The woman whose services he purchased will likewise make her way through the court system, and if she’s lucky, get some treatment and help to fix her life, though statistics are against her on that front.

We will forget about them both, especially her.