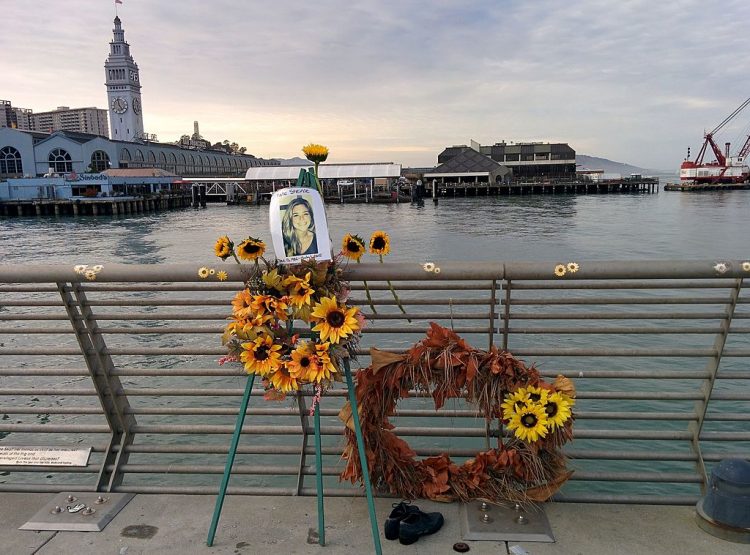 The California Court of Appeal has thrown out the sole conviction against Katie Steinle’s killer, and the reaction is as outraged as one would expect. But like most things, the details are more nuanced than a headline can convey

Katie Steinle’s death while walking on a pier in San Francisco became a lightning rod in the illegal immigration debate when a five-time deportee from Mexico was charged with firing the shot which killed her. José Inez García Zárate was charged with murder and other charges, including possession of a firearm by a convicted felon, which Zárate was 7 times over. The tragedy threw fuel on the immigration debate in general and sanctuary cities in particular; the shooter had recently been released from jail when S.F. authorities refused to honor a federal request to hold him for deportation proceedings.

After trial in state court, García Zárate was acquitted of all but the weapons possession charge, prompting President Trump to call the jury’s verdict “a disgrace.” Steinle’s parents filed suit against the City of San Francisco for García Zárate’s release from custody, but the 9th Circuit dismissed their case. Now, the California Court of Appeal has reversed the firearm possession conviction, too.

It is instinctive to feel that Katie’s case cries out for justice. A photo of her smiling face has become an icon for the fight against illegal immigration, her death held up as an example of the consequences of lax border security. The dismissal of her parents’ suit was decried as judicial activism (despite the opinion having been written by a Trump-appointed judge.) But the newest ruling is from a legal standpoint, not ideological.

The defendant has said he found the gun under the chair he was sitting in at the pier, and that it was wrapped in a shirt and went off before he knew what it was. The prosecution’s theory was that the man brought the gun with him and was “playing Russian Roulette”, aiming at people and firing. Neither side presented an eye witness to the actual moment of the shooting. The bullet ricocheted off the concrete and hit Steinle in her back, and García Zarate tossed the gun into the Bay. In a fairly tortured interview with police, Garcia Zárate’s explanations are varied and confusing. What was agreed upon was that the gun was in his hands when the fatal shot was fired.

The defense argued at trial that García Zárate did not have the gun for long enough to legally constitute possession. It is an argument with precedent in California. During its deliberations the jury specifically asked if there was any time requirement to establish possession. The defense asked the Court to give the jury an instruction on “momentary possession” which, if the jury believed the defendant’s story, would allow them to acquit. But the judge at trial denied the instruction, opining that there were not enough facts to support it. It was this ruling by the trial court which the appellate court reversed.

In its written opinion, the higher court made no pronouncement as to the guilt or innocence of the defendant, despite the pronouncements of the outraged Twitterverse or Buzzfeed headlines. The Court simply held that the defense presented enough supporting evidence that the jury should have been allowed to consider the issue. Had they been given the opportunity, the jury may have acquitted, which was grounds to reverse the verdict.

The prosecution argued that it was harmless error, since the evidence, in their view, showed that the defendant fired the shot. But the Court pointed to the acquittal on all charges of causing Steinle’s death as indication that they believed the defendant’s version of events: that he didn’t know it was a  gun prior to it firing

The State of California is free to retry García Zárate on the possession charge if they so choose; however, federal prosecutors filed its own set of murder and weapons charges following the verdict in state court. The federal trial is scheduled for January, now that a SCOTUS has ruled that it is not a violation of double jeopardy to try a person on the same charges faced in a state court.

We can all agree that Katie should be alive right now. Most of us can agree that García Zárate should not have been there. Beyond that, the facts are for a jury to decide. And that’s all the California Court of Appeal said.