The Most Insidious Viral Marketing In The World 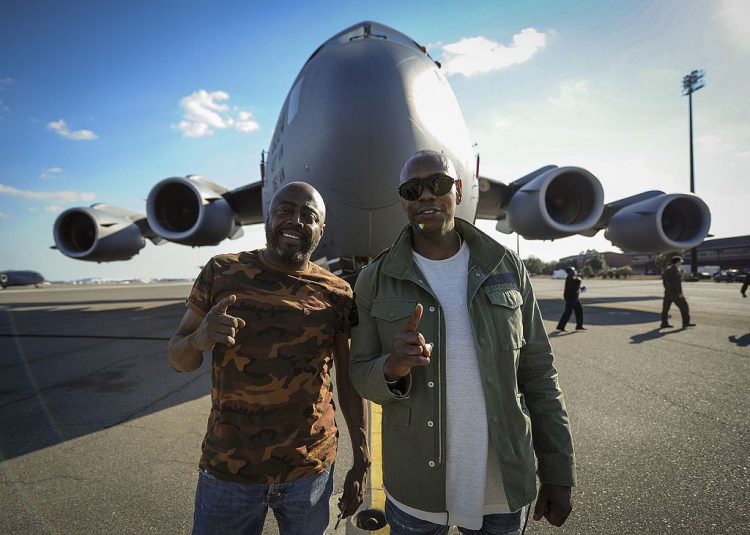 I’ve mentioned before how I don’t like stand-up comedy… I mean, like everybody who has watched History of the World Part I, I’ve compared stand-up comedy to stand-up philosophy. The good comedy is good philosophy and good philosophy doesn’t require a charismatic person to read it to me to make it work. I’d rather read a good set than listen to one and if it’s good, it’ll jump off the page. If it’s not good, it’ll just stay there. But. Like everybody else who was alive in the mid-oughts, I saw half of the episodes of Chappelle’s Show and thought his sketch comedy was good and insightful and it made me uncomfortable in the ways that the best philosophy makes one uncomfortable so I figured… well. It’s stand-up comedy.

But then I saw all of the viral ads for it.

Dave Chappelle has a new Netflix stand-up special and it's no good. Read our review of the boring, hypocritical and out-of-touch Sticks & Stones. https://t.co/P5O35eLscN pic.twitter.com/kNR36tbtwL

Twitter also had a handful of Bluechecked people complaining about the show being all sorts of cancellation-bait and I even included a couple of those tweets here… but they were deleted by their tweeters before this made it to submission. (But, take my word for it, those now-deleted tweets made me even more intrigued to see the show.)

So I sat down to watch it. I was keeping in mind that when I listened to the Louis CK set at the tail end of last year, I remember thinking “dang… that was ROUGH.” So, kinda, I was expecting this one to be rough too. I mean, it had similar rants going on about it.

So here’s my take on the Chappelle special: Well, it’s got a lot of offensive jokes. Half of the show requires trigger warnings. Heck, if you’ve got serious triggers, you should probably bail now because I’m going to list some of the stuff he talks about and it’ll touch on many of the most common triggers.

He talks about: suicide, child sexual abuse, school shootings, discrimination against trans people, opiate abuse… um… and I’m sure I’m missing something. Oh, yeah. Racism. The really triggery thing is that he talks about many of these things with an ironic detachment as if he doesn’t care because they’re happening to someone else. Here’s 45 seconds from the show:

How did you feel about Dave Chappelle’s latest Netflix special? #EbrointheMorning pic.twitter.com/nGGiCyf0Za

His entire show isn’t that good. His entire show isn’t that insightful… but I found myself wincing in the way that the best stand-up philosophy makes one wince. I went back and read some of the transcripts of his show and, for the most insightful parts of the show, his words dance on the page. This isn’t an example of an excellent reader turning a mediocre poem into a pretty good one. This is an example of an excellent reader reading some good stuff.

Now, of course, given that there was a lot of funny stuff in the show, the critics out there have to dance on a fine line. Go too far in the direction of the sotto voiced moral scold and you risk coming across as a sotto voiced moral scold. While this is perfectly fine for outlets that don’t mind coming across as moral scolds, there are a lot of places that pride themselves (or used to pride themselves) on being Hip and Fashionable. Screw up being Hip and Fashionable and you might find yourself with a lot less cultural clout than you had the moment before… and so I’ve seen a handful of reviews that talked about all of the stuff that was funny that was surrounded by the stuff that wasn’t funny.

And, yeah, there was a lot of stuff in there that wasn’t funny. Well, maybe not a LOT… but it’s not a show that I’d go back and watch (or re-listen to) end-to-end. There’s some stuff at the beginning and some stuff in the middle that re-enforced my prejudices against stand-up comedy.

If you see it, you will be offended. I mean, I was offended. That said, I also laughed. I winced. I nodded. And, at the end of it all, I wrote this.