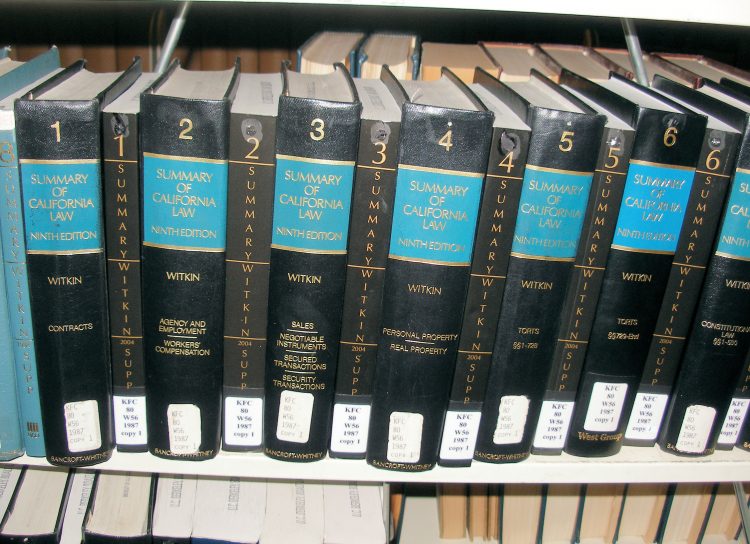 L1: It is rare that a family court matter finds its way to the top echelon of our court system, but it did, at least once (and more). What resulted was an opinion that memoirist Elizabeth Wurtzel described as “what would happen if Justice Antonin Scalia wrote a Harlequin romance.”

The case involved a very…romantically busy woman, an “international model” known by the courts as “Carole D.” Carole was married to Gerald D., but while temporarily separated from Gerald, lived with and became impregnated by Michael H. Carole and Gerald reconciled, however, and Gerald proceeded to raise the little girl, named Victoria, whom Carole gave birth to in 1981. Testing proved that Gerald was not Victoria’s father, but he willingly accepted her as his own. However, over the next three years, Carole and her daughter bounced frequently between Gerald and Michael- and also, at times, another man, Scott K.

Michael attempted to remain in Victoria’s life, but Carole would reject his efforts during the “off” periods of their off again-on again relationship. So Michael filed suit in California court to establish paternity and visitation. Carole objected- until another reconciliation with Michael in which she left Gerald, with whom she had been living in New York, and returned to California to live with Michael. She signed a stipulation agreeing that Michael was Victoria’s father. This arrangement lasted approximately one year, before Carole took her daughter back to New York to reunite with an ever-patient Gerald for good- at least, as of the time this decision was issued. Michael resumed his fight for parental rights, joined by Victoria’s court appointed guardian ad litem.

Carole was granted sole custody, but Michael was given the right to visitation and contact. Gerald intervened in the case, arguing that under California law, “the issue [children] of a wife cohabiting with her husband, who is not impotent or sterile, is conclusively presumed to be a child of the marriage”.  Any objection to the presumption was required to be made by requesting a blood test within two years of the child’s birth. By 1984, the time to do so had passed for Michael. The court ruled in Gerald’s favor and dismissed Michael’s paternity suit. Appeals followed, and the case ended up at the Supreme Court in our case of the week, Michael H. v. Gerald D.

The Scalia-penned plurality opinion, joined by Rehnquist, O’Connor, and Kennedy, began in classic Scalia fashion: “The facts of this case are, we must hope, extraordinary.” This judgment-laden opening set the tone for the main thrust of the rest of the opinion, and hints at Scalia’s later jurisprudence: that preservation of the traditional family is the ideal. Scalia denies Michael’s due process arguments and his stated liberty interest in paternal rights: “Not only has he failed to demonstrate that the interest he seeks to vindicate has traditionally been accorded protection by society, but the common law presumption of legitimacy, and even modern statutory and decisional law, demonstrate that society has historically protected, and continues to protect, the marital family against the sort of claim Michael asserts.”

Concurring in the result, Justice Stevens wrote separately to opine that he did, in fact, agree that Michael had a due process claim; however, Stevens did not believe that right had been violated, because the California statute provided a process by which a person in Michael’s situation could appeal to the court for remedy. The statute allows “other persons” having an interest in a child to petition the courts for visitation, which is then analyzed through the “best interests of the child”. In this case, Stevens believed that Michael availed himself of due process and ultimately lost, a decision Stevens agreed with.

Justice Brennan wrote a dissent that took a less strict view on the sanctity of the traditional family, a position which invoked footnotes full of indignity in Scalia’s plurality. Michael H. starkly contrasts the conservative court with the liberal court, especially in this from Brennan about the Constitution:

The document that the plurality construes today is unfamiliar to me. It is not the living charter that I have taken to be our Constitution; it is instead a stagnant, archaic, hidebound document steeped in the prejudices and superstitions of a time long past. This Constitution does not recognize that times change, does not see that sometimes a practice or rule outlives its foundations. I cannot accept an interpretive method that does such violence to the charter that I am bound by oath to uphold.

Brennan refuted at length Scalia’s interpretation and application of the due process clause to Michael’s claim and its relation to societal tradition, and sums up his position:

The atmosphere surrounding today’s decision is one of make-believe. Beginning with the suggestion that the situation confronting us here does not repeat itself every day in every corner of the country, moving on to the claim that it is tradition alone that supplies the details of the liberty that the Constitution protects, and passing finally to the notion that the Court always has recognized a cramped vision of “the family,” today’s decision lets stand California’s pronouncement that Michael — whom blood tests show to a 98 percent probability to be Victoria’s father — is not Victoria’s father. When and if the Court awakes to reality, it will find a world very different from the one it expects.

State laws vary on determining putative father, and it is more common to hear of cases in which a father denies paternal responsibility than one where a cuckolded married man demands to be declared the father of another man’s child. And as family situations have become more complex over the years, an old fashioned love triangle/love child case seems quaint. It is notable that here, a court decided who got the title of father, and while odd, it is, at least, preferable to the Maury Povich method.

L2: In what is being called the first (alleged) space crime, an astronaut is accused of identity theft for accessing her wife’s bank account from the International Space Station.

L3: A judge in Oklahoma has awarded the state a $572 million judgment against Johnson and Johnson, whose subsidiary Janssen Pharmaceuticals produced an opioid pill and fentanyl patches, for “abatement” of the “public nuisance” it created-i.e., the opioid crisis. Johnson and Johnson also provided 60% of the opiate ingredients used by other drug companies to manufacture opiates.

L4: In related news, the Sackler family and Perdue Pharma try to get out in front of it all with billions of dollars in settlement offers.

L6: The City of Bloomfield, New Mexico spent six years fighting to keep a monument to Christianity outside of a municipal building. They lost, and owe the ACLU half-a-million dollars in legal fees. That’s a lot of money for a small town, so they did what anyone does these days: they started a gofundme.

L7: In another futile fight against the separation of church and state, the state of Kentucky still owes a gay couple refused a marriage license by County Clerk Kim Davis $224,000 in fees. The state’s attempts to avoid the payout have failed.

L8: Creative sentencing: Two men who lied about their non-existent military service to get leniency in their sentences are ordered to write the names of the 6,756 Americans killed in Iraq and Afghanistan before they can be eligible for probation or parole.

L9: A lawyer in Georgia thought a man threw a golf ball at his Mercedes. So, naturally, the lawyer ran him down and killed him, then lied about it.

L10: This week’s dumb criminal of the week is from ‘Stralia, where he broke into a bar and helped himself to an all-you-can-drink one-man party, completely wrecked the place — and then could not get out. And it’s all on video: