Churches In the Hands of an Angry God 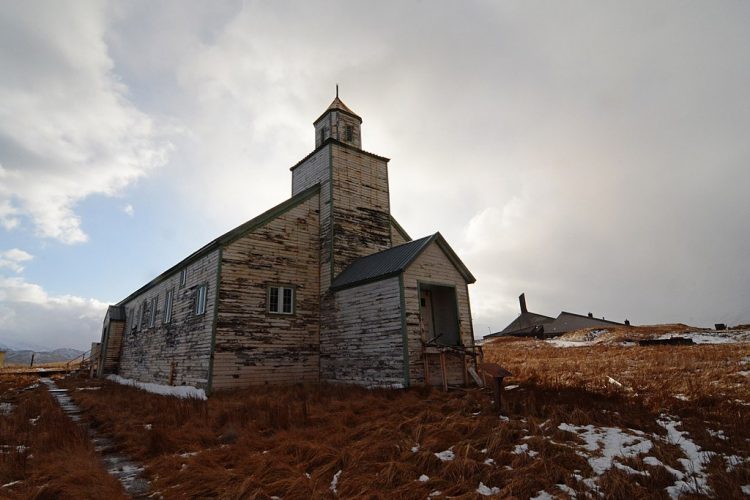 Even the trope of the kindly little old church lady has become marred by MAGA hats, a symbol of apathy towards, ignorance of, or active contributions to bigotry or systemic social issues. Non-Christian America does not know what to do with Christian America.

The quick and easy response is that Christians really are guilty of everything attributed to them. They lack good reasons for their stances – whether it is out of blind antipathy for others, sheer stubbornness, or general ignorance. There are instances of individual Christians or perhaps even entire congregations for which those are accurate descriptions. But this explanation does not get at the heart of the issue.

In order to find the answer, one must see American Christianity not as a religious institution per se, but as a composition of individuals whose evaluative frameworks have been shaped by a culture irreconcilably at odds with a truly Christian moral foundation. The result is a grotesque bastardization of a religion. It is, in effect, a religious group that has unwittingly created for itself a new god who will be forever at war with the God they claim to serve.

The value system of modernity is one of the aesthetic –– one which prizes experience and sensuality above all. According to this paradigm, a life well lived is one in which an individual has satisfied a duty they owe to themselves to pursue all they desire to experience in this world for the sake of the experience itself and the satisfaction it brings. The result of this evaluative system is clear: a culture of people obsessed with the consumption of popular media, new places, new possessions, sex, food, etc. Arguing that this image is significantly different from the state of modern America would take some doing.

Modern American Christians have kept this evaluative system and contorted their churches to fit it. Worship services commonly lack only LSD to complement the strobe lights, loud music, and dark smoky rooms to fully immerse congregants in their experience of the “spiritual.” Mission trips and youth ministries focus on the experience above all. Sermons have become messages of prosperity and health promised by God when one lives and prays correctly. Even the ultimate message of heaven is concentrated on the experience and bliss of it.

In terms of everyday living, Christians usually only look different in their political views from their secular counterparts. They are so preoccupied taking their children to every conceivable sport that they are too busy to volunteer in their churches, let alone community outreach programs. Vacations and new cars outrank supporting local homeless shelters or food pantries. Christian love and charity serves only as a facade for something completely unexceptional.

The cultural conservatives among the Church at least try to do something different, but even they fail to break out of an aesthetically-focused set of values. Their idea of “different” has to do with clothing, music, movies, etc. The result tends to be obnoxious legalism.

Churches may do comparatively more for charity than other groups, but individual congregants are indiscernible from their non-Christian counterparts on a day to day basis. Pastors preach messages of self-denial and generosity, but their sermons are damned to futility in the face of a foundational evaluative system that prioritizes experiences in this world over the next.

Christians lack the fundamental evaluative framework necessary to give life to their own religion, and non-Christian America is tired of smelling the rotting corpse. Churches have set up this world of experiences as its god, and that god will forever resent its devotee.

The evaluative system the Church has ignored in its own scripture is one formed by reflection on the Christian’s role as ambassador between God and a fallen, broken world. Christians are charged with a life of radical love for their God and their neighbors. The Church at its best is the one portrayed in Acts in which Christians form their concept of a life well lived based on how well one shows the love and grace they believe they themselves have received from God. It is impossible to separate the truly Christian notion of a life well-lived from a life passionately dedicated to the good of one’s neighbors for their own sake.

In short, Christianity should be characterized by a radical, dumbfounding, undeniable love. Christians should be so preoccupied with spreading this love through charity and generosity with their time, wealth, and other resources that they willingly undergo hardship and persecution like their earliest predecessors rather than indulging in a performative persecution complex. Non-Christian America should have no room for reasonable doubt about the good intentions of Christian America –– even if they violently and passionately disagree about contentious issues.

In its confusion, the American Church as it stands in relation to society has become a sepulcher for ideas and talking points that appear outdated and nonsensical without the proper evaluative foundation. The sad reality is that until it realizes its purpose of being an ambassador between God and a broken world for whom its heart breaks, the American Church cannot make advances in the public square without at least semi-legitimate accusations of backwards self-interest.

The American Church must hear that its current god will never love it.

K. William Huitt is currently a Ph.D. student in Baylor's philosophy program. He graduated from Hillsdale College in 2019 with a B.A. in philosophy and a minor in history. He then attended Western Michigan University where he completed his M.A. in philosophy in 2021. He has spoken at various Christian apologetics events and writes occasionally about religious and political issues. His personal blog is claimingnomansland.com.