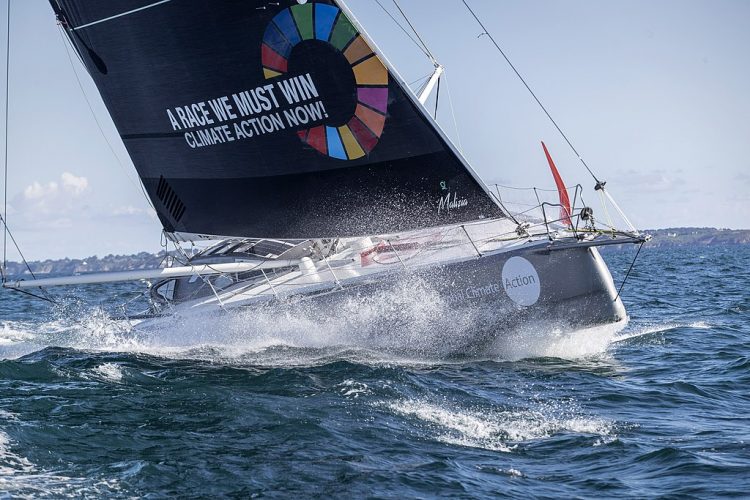 Photo by Xriss via Wikimedia Commons

The Greta Thunberg speaking tour has received quite a bit of press in the United States with news she would be taking a “carbon-neutral sailing yacht” to make appearances in the Americas.

Climate activist Greta Thunberg causes more greenhouse gas emissions from her sailing trip from the United Kingdom to the United States than if she had flown. About five employees would sail the yacht back to Europe, said Andreas Kling, spokesman for Thunberg skipper Boris Herrmann, on Thursday.

“Of course, they fly over there, that’s no different,” says Kling. Herrmann will also take the plane for the return journey. The sailing trip triggers at least six climate-damaging air travel across the Atlantic. If Thunberg had flown with her father, only two would have been necessary to come to New York.

According to the atmosfair emissions calculator, a flight from New York to Hamburg has a climate impact of around 1,800 kilograms of carbon dioxide. That is more than three quarters of what every person is entitled to each year if global warming is to be stopped at 2 degrees.

Because flights are so damaging to the climate, Thunberg had been looking for a better way to travel to the United Nations Climate Change Summit in New York in September. On Wednesday afternoon, the 16-year-old struck aboard the high-sea yacht “Malizia II” together with the two professional sailors Herrmann and Pierre Casiraghi and their father Svante and a filmmaker in the southern English town of Plymouth. The ship is powered by the wind, electricity for navigation and communication is generated by solar cells.

Criticism is not coming from just right-wing American press, or the worst of trolls online that in their normal fashion of being contemptable jackasses wish all manner of ill will upon a teenage girl. That block quote is translated from the German newspaper Die Tageszeitung, mostly just referred to as Taz, which is very progressive, was created as an alternative news venue for things like social justice and environmental concerns, and openly supports the German Green Party. They also have been critical of anyone, including those they support, who don’t hold the line on such issues. Taz apparently has found the young Swede’s PR push to be among the latter.

Which is exactly why, regardless of cause, adults should be slow if not completely adverse to putting children out in front of their political causes. When legitimate criticisms of stunts like this one come, blame and mockery will fall on a teenager who is mostly going and doing what she is told to do, instead of on the adults who are organizing it. Which is the point to the people wanting the cheap PR pop and emotional connection of a kid fronting their crusade. Put a teenage girl out front, and when the worst of the worst arise from the dumpster fire of humanity that online commentary can sometimes be with outrageous comments and criticisms, your cause can now claim victimhood as well as righteousness of intent.

Environmental concerns call for serious and measured discussion. While those don’t get the clicks and trending social media, that is the right way to push and advocate for your cause. Young republicans have shown a rising interest in environmental issues in polling. Amongst the most politically active of young conservatives, there is a growing movement to take environmental issues seriously as a matter of both obligation and policy. The population in general is overwhelmingly supportive of conservation efforts.

To steal another phrase used to push a cause recently with teenagers at the forefront of it, what works is when you pitch “common sense” policies and laws to what you want to accomplish. What people who are not affiliated don’t respond well to, and frankly tune out, is being blared at that they only have “TEN YEARS LEFT TO LIVE” and things like celebrities taking private jets to climate conferences to tell them they should live at a lesser standard of living, cause reasons. Stunts like funding an expensive and ultimately hypocritical piece of political performance art like turning a 16 year old Swedish girl into the face of your movement is counterproductive to what her handlers proclaim they want achieve. Hypocrisy and sanctimony are a turn off for even the most open-minded of folks. In any language.