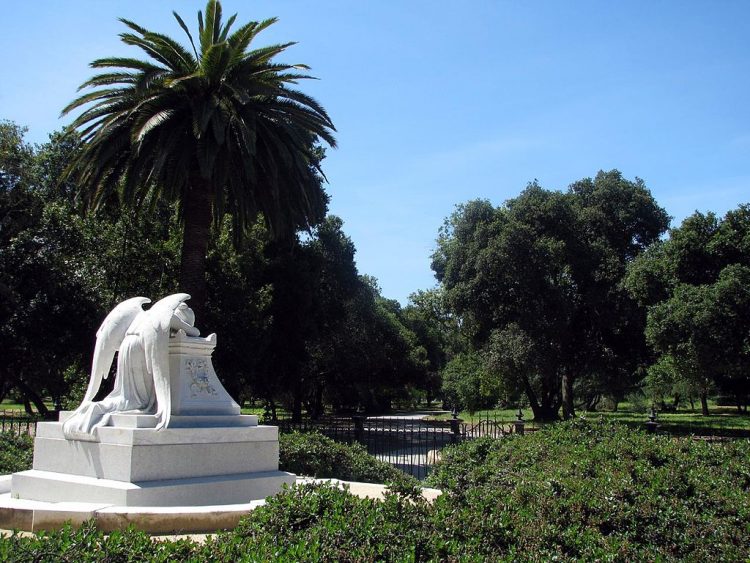 “Angel of Grief” Memorial Photo by Seattleretro via Wikimedia Commons

In the comments for Bless the Food, And the Hands That Provided It by Andrew Donaldson our friend fillyjonk wrote about the recent passing of her father:

As some of you know, I lost my father two weeks ago. My mother called me that Friday afternoon and said, in not such direct words, that “you better try to get up here if you can.”

I did, but I was too late. But in the aftermath of it, it was good to be there. My mother and I ate together for two weeks (my brother and his family are coming in later, such are the vagaries of scheduling bereavement leave in a government agency). We cooked some favorite things. My mom roasted a chicken and then laughed ruefully and said “I guess it’ll be harder to use a whole one up now” and the day after that, we made a favorite chicken enchilada recipe given us by a former minister of her church who had lived in the Southwest. And she baked a favorite cake of ours (my father was diabetic and we had to be careful about sweets in the house, and also baking was hard while he was so unwell). I think it helped, maybe?

There’s a German word, Kummerspeck, which literally means “Grief-bacon” and is used to refer to the weight you put on while grieving. I had scoffed at that before because the more minor griefs (eg., breakups) I had suffered made me NOT want to eat…..but I know I’ve put on a couple pounds in the last two weeks and will have to explain to my doctor when I go in for my checkup on Tuesday….

And people brought in food – lasagna, and bread, and other things.

And we went out to eat lunch a couple times; before my father’s health failed so much going out to restaurants was a favorite thing and my mom hadn’t been able to do it, really, for six months or more while he was needing her care.

When I spoke to her today after I got home, she noted that even though she had told the ‘church ladies’ who do bereavement lunches she didn’t want them to go to the trouble for the memorial service this fall (we have some people with some specific dietary concerns coming), someone did call her back and suggest a dessert-and-coffee reception before the service and I urged her to have them do that – I have fixed things many times for funeral lunches at my own church and it feels very much like it’s one kindness I can do for the family, and having a piece of cake or a few cookies may make small talk easier in a time when it’s going to be hard.

I admit I always rolled my eyes over the “how to relate to your weird dumb relative who isn’t like you” pieces, or, worse, the “you should refuse to spend time with them or try to harangue them into your viewpoint over the Thanksgiving table” pieces, because my family has a lot of….different…..people in it, and we’ve always managed. You talk about other stuff, that’s all. You talk about how a favorite team is doing or the funny things someone’s kids are doing or you share memories….