Bless the Food, And the Hands That Provided It 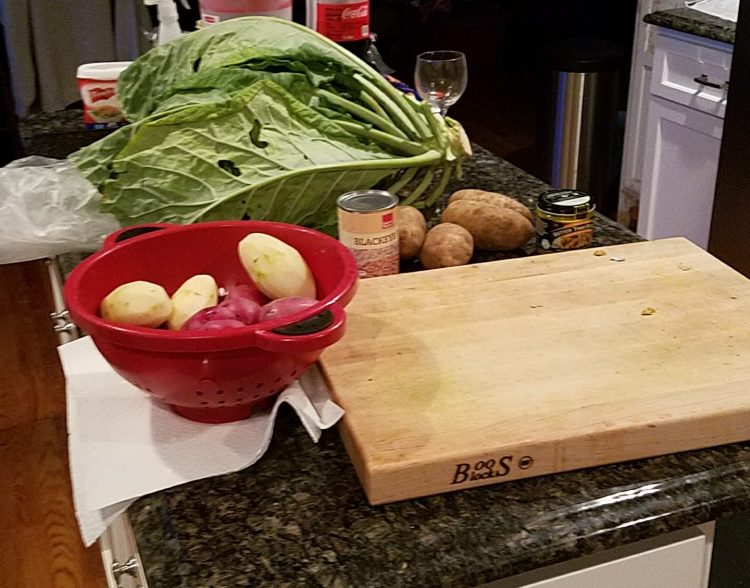 For a moment, or a second, the pinched expressions of the cynical, world-weary, throat-cutting, miserable bastards we’ve all had to become disappears, when we’re confronted with something as simple as a plate of food.
― Anthony Bourdain, Kitchen Confidential: Adventures in the Culinary Underbelly

This here was a development in life I did not expect.

I really like food. Not so much to eat, though I enjoy that very much, despite being restrained to limited quantities these days. But also sourcing it, preparing it, and making it. I’ve become a born-again foodie, loving the encapsulated world of the kitchen where I can lord over the various ingredients to create something, serve it to friends and loved ones, and bask in both the accomplishment and fellowship that comes after. The curious mind can find food, like other more honored disciplines, is an endless tunnel of knowledge and discovery that once entered has no ending, just a long journey of unexpected finds and wonderful bites. 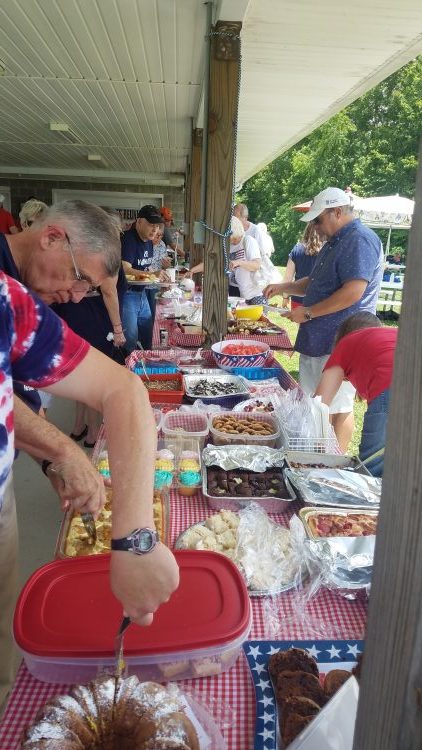 It isn’t that cooking was some strange, foreign concept. Far from it. In my family nearly everything centered around food. Sunday morning, every Sunday morning, meant my father doing cinnamon rolls with a little help from Pillsbury. Church was a race to satisfy the finer points of the old-time religion so that the “fellowshipping” portion, synonymous with inhaling large quantities, of Sunday afternoon could get going either at church or home. Weekdays were marked by dinner at the table every night. Family gatherings were always some variation of a feast, perhaps remembering that our ancestors had mostly been dirt poor from colonial days till my folks’ generation rose above. Canning was so prevalent that it took the better part of a decade past her death for my maternal grandmother to serve us her last meal. Those that can remember the hard times reveled in eating and enjoying each others company, as opposed to their own childhoods of want and strife. Those that grew substantially better tried to be thankful but mostly just enjoyed what came to be normal. With most of the family being better off in the modern day, the 25 feet worth of serving table on our mountain is laid out with vittles as family and friends proceed down either side as if it was a Roman triumph of pot luck victory.

But I never had any inclination as a kid how it was actually made, or prepared, or anything other than filling my plate with a narrow view of what I like and then plowing ahead. My mother, and grandmother, and aunts dominated the kitchens of my youth and were their own clique unto themselves. And if you were not a part of that clique you were exiled outside the kitchen till they were good and read for you to partake, regardless of the amazing smells and even more fantastical gossip that was developing from within. And God help you if you violated that sacred space. Retrospect provides myriad reasons why that was; strong women who lived hard lives in a different time and world than I do now no doubt found fellowship and comradery in their benevolent dictatorship of not only what folks should be eating but in how it should be made. My mother’s side of the family in particular knew the value of food, and the difficulty and challenge of going without because there was none to be had. Such things created a closed eco-system when it came to food preparation that simultaneously was secretive and regimented but also carried the burden of love and caring for everyone present with the most basic of needs.

It was a concept I came back to later in life.

Food is funny in that way; since it is a required substance for life it can be quite the touchstone to check on different points in the past. When unraveling the messy yarn ball that is our memories, shaking out the thread of food to make sense of it all is as good a place to start as any. It allows perspective and keeps one from going to far afield of the plot. With hindsight, the yelling of “sit, eat, and get out” of meals during military training wasn’t really all that different from the adults shooing us larvae to take our plates outside or downstairs to let the adults eat and talk in peace. Realizing that since all humans must eat, food can be the most unifying things. The trappings and accouterments of a meal change from the beer gardens of Germany to tea in the Middle East to lumpia in the Philippines but the idea is the same: sit, eat, talk, rest.

Therein lies a concept worth exploring; that as we are constantly told how divided we are both by current events and the media we use to find such things out, maybe the old way of doing things had more point and purpose than we remember. The quick grace that preceded many of those meals of “bless this food, and the hands that prepared it, and all who eat it” at first blush seems more sing-song than deep truth. However it really is encapsulating of simple truths overlooked: Thankfulness, humility, community.

So universal are these truths they are found across all of humanity. One of the Hindu prayers of The Gita that accompany a meal translates to “Becoming the life-fire in the bodies of living beings.” The Japanese, as that tradition-steeped culture is wont to do, usually goes with a simple acknowledgement of humility in the one-word “Itadakimasu”. Our Muslim friends have variations on not only thanking for the food, but the preparation of, and prescribed prayers for those who forgot to pray since in their custom it is an individual responsibility. Some of our Jewish friends break it down even farther, having prayers specific for the type of food being eaten. Our atheist friends taste the same culinary joys as those of faith do, regardless of our disagreements on who and where we might need to ultimately give thanks for it. Casserole doesn’t care about your theology, or lack there of, just that you take all you want but please eat all you take.

Such is the beauty of food. A Baptist, a Catholic, and an atheist, all wearing the same uniform invited into a tent for tea, politely sit and watch the Muslim host recite prayers during each step of the way. The thought crossed my mind wondering what those same folks would make of the serving table where my family gathers for reunions, special occasions, or “just ‘cause” events on top of my mountain far away where the only tea served is iced and there is far more green in the surroundings.

Sometimes those memories and thoughts fill my mind while working in my own kitchen. Whether it’s a large meal with hours of preparation or cracking a can of Spaghetti-O’s for my own kid who won’t shut up about it, the basic idea is the same: provide, comfort, fulfill.

As many things are, you learn why things were done later in life and come back to that newly-discovered old truth. I remember asking my father why we ate at church so much, not understanding that the same could be applied across life to family, to business meetings, to diplomatic negotiations with world leaders, to old and new friends just trying to connect for a moment. I was expecting some Biblical commandment-after all there are many examples of that-but I received a key piece of leadership advice I would use myself over and over again throughout life instead: “When in doubt, put food out and then step back and watch,” my father had told me. “It’s really hard for people to fuss and fight when they are eating and laughing with each other. Reminds them to like each other and that they are in this together better than anything else.”

Which is why those insipidusly stupid and arrogant “How to deal with your family member who believes X during Y holidays” articles gall the decent among us. Family gatherings can absolutely be a source of stress and anxiety, but turning them into some life metaphor of “a table in the presence of mine enemies” is not only missing the point but missing an opportunity. People are hard, and dealing with them, even ones we love and care about, is a challenge. If potential enemies who consider you enemy invaders can still offer you tea and hospitality because custom and good manners demand it, folks so privileged they get to write words for a living can give it a rest when it comes to families that have complicated political makeups.

Maybe, just maybe, if we worry more about the little things, the shared joys of food, and talking, and laughing, and shared life experiences, the politics will find a more proportional place. Or even better, take a vacation for a few hours, if not longer. Food and family and friends should be the opposite of what we are currently doing in the sociopolitical realm of dividing to conquer, it should be the respite from that intentionally stressful and draining debate. It turns out my father wasn’t making Pillsbury cinnamon rolls every Sunday morning because he didn’t want something more extravagant, but because it was quick, and easy, and took the stress of a otherwise busy morning of preparation off of other people that were already in for a long “day of rest” with other responsibilities. While I was busy hording those cinnamon rolls and licking out the icing container, turns out I was getting a lesson in leadership and time management at the same time. A simple thing, but one that reduced stress and demonstrated a little servant leadership, with icing on it, to start a busy day. Now that lesson is a treasured memory I’m thankful for. As food and family should be.

Whatever the issue of the day, a little humility and thankfulness isn’t going to hurt, and may well help, the situation. Food can bring together. More together is always better than more apart. Plus, if properly prepared by blessed hands, it just makes life taste better.