The Things My Father Gave Me 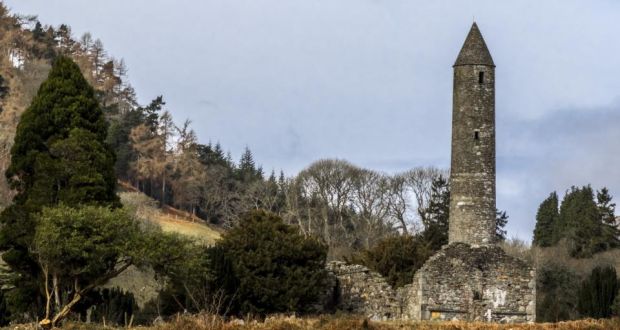 Perhaps it’s a little more than a cliché to think about our professions as “passed down” from parent to child. Some might find it cliché not only because of the fact that for a large portion of human history what a parent did is what their children were expected to follow and do. It’s a relatively new phenomena for young adults to have any say in their careers, but indeed, it’s something we’ve come to take for granted in the time since the old habits have been disestablished. The lives that many in our own generation have chosen to lead would scarcely be possible one hundred years ago or even in the more recent past. The ability to make our own choices is a change in the paradigm that we’ve really found in the last few decades. We take this for granted, but even in this new era, some of us still desire a return to our roots.

When I was a younger soul, perhaps more naïve than I wanted to admit, I was definitely a deal more confident in my abilities than I am now. I wanted to be many things. At various points I wanted to pursue becoming a writer, a musician, a meteorologist, and a physicist. The naïveté I espoused truly was a limitless proposition. What drove me to think I was capable of these things is a mystery, even to me, but the objective truth is that there are many things which likely would have prevented me from pursuing any one of these paths: the personal desire for security for one, the lack of objective skill in marketing, and the lack of more than a passable skill in mathematics.The other thing which has always propelled me to discard those dreams I might have had deep in my heart is the imperceptible pull I had towards other things. Such as theory, which is why I moonlight as a credible and semi-serious political thinker online.

As hard as it is to believe in the grand scheme of things, especially with myself a newly minted graduate of high school, half of my life ago was the summer after my third grade year. Now, third grade was the first year that I can truly say that I ever felt the imperceptible tug to rebel against the dreams which I’d so deeply held in the past. The dreams I lost here were the most unrealistic reaches of artistic dreaming I knew I never had the stomach for. From what I remember of that time, many of my classmates were enamored with everything and nothing, none of them ever held interests deep enough to ever really call them serious. I, on the other hand, had interests which I held deeply. (However, that can also be attributed to the fact that I’m autistic and many of us have interests which we consider to hold on to incredibly deeply.)

The first of these was that ancient civil war in England, the Wars of the Roses. It wasn’t so much that I loved war as much as I loved the political machinations and maneuvering that defined the conflict that led me to study it deeply, at least on the level that a third grader could understand. I read all of three full length studies on the conflict, including the one I still revere highly to this day-Alison Weir’s. You’d imagine that it would be impossible for someone to take a side in a conflict which took place more than five hundred years ago. You’d be wrong. A younger me found pity, and even a fair bit of anger, in the story of Henry VI of England; so much so that I, to this day, remain a committed Lancastrian and maintain that was the side I would have been on, had I been born more than five hundred years prior to when I was born.

I won’t recount all the stories of all of the things that I found myself falling in love with and studying intently over the years, but suffice it to say that there have been many things over the years which have caught my interest and caught it so intently that I’ve fallen head over heels in love with anything that I could find on the subject. However, over the last few years I’ve found that in the search for a career, it’s pretty much impossible to find something which you’ll love forever. That’s not to say that you won’t love something for fifty or eighty or ninety-nine point nine percent of the time you do it but rather that, especially for someone who is a creature of his interests, I’m a realist when it comes to loving something forever.

There’s also the story of my heritage that brought me to the question as well. Growing up, I’ve always been aware of where I’m from, what my family has done and our origins as well. While we’re staunchly Protestant, we’ve always been incredibly proud of our Irish heritage and incredibly proud of the roots of our family in the years that came before us. Something you might find funny for someone whose family is almost certainly one-quarter to one-third full-blooded Irish. My entire life I’ve been told three very repetitive things about my family’s heritage: that we’re Irish, Scotch-Irish, and also German (my mother’s side runs very deep with German and English roots). I’ve also been told about the history of my family in particular, bell-founders. In fact, the bells we made are one of the very few reasons we can trace my family back beyond our emigration to the Americas, almost back to the year 1200 in some areas in Scotland.

My family’s roots also run back deeply through the land I call my home in Southwest Virginia. Unfortunately, the Perdues endorsed the horror that was slavery up until after the Civil War. Indeed, the very last ones were freed in the flight of Jefferson Davis towards the South from Richmond in the aftermath of the surrender of Robert E. Lee at Appomattox. Having lost our bitterly held modest wealth in nearly worthless Confederate bonds and cash, suddenly we found ourselves in the poor to working-class situation in which we find ourselves today. I’m not bitter about it in any situation; I can stand up and say that certain things we did in the past were moral evils, including our support of the Confederacy-even though Perdue kin of mine fought on both sides of the Civil War. Perdues also fought on both sides of the Revolution and the War of 1812; we saw action in World War I, so I’ve been told, and a step-grandfather had a boat shot out from underneath him in World War II while my grandfather on my dad’s side worked in naval technology during the war.

Like so many, many things in my life, history has been something that my father has given me with very little in return; not simply because I don’t want to give back to that tradition, but because I haven’t yet had the life to lead which gives to the story of my family and of mankind as a whole. Growing up, I was never concerned with what I might do which couldn’t change my life. It’s the acute awareness of my roots that brings me to the position at which I arrive, where I want to make the study of history my career, as it long has been. My father gave me, inadvertently, a love for something whose study I want to make my life’s work.

Now that I am grown, at least in the eyes of the law, I find that the mindset I espoused as a child is really quite different-what can I do to change mankind’s understanding and what can I do to better our lives as a whole? I find that I can only fulfill my goal of contributing in some small measure to mankind by giving us a better understanding of where we came from and where we are now. Monumental, paradigm-breaking change can occur in many different ways. It can change through activism on behalf of a cause or causes, through research and development of the innovation which drives the next generation forward, and it comes in educating the next generation so that they understand where they’ve come from and how to navigate from the past to the present.

So, I find myself at a certain crossroads in life as I step out into this new world for the first time as myself rather than as someone’s son or brother or nephew. That’s not to say that I was ever tied to those identities, but that for the very first time I’m not defined by them. Through all of that though, I’m the same person I was when I was younger- the same amalgamation of all the generations past which meet in me. I define myself as I see fit and I explore as I see fit, but through it all, my first love has remained constant. I’m working to commit myself to the study of the past even as the present races by me. Most of all though, I revel in what my father gave me-the ability to effect change through the education of those who might give me a listen.

{This was crossposted on The Outpost}