IT’S MY WORLD – AND YOU CAN STAY THE HELL OUT OF IT! 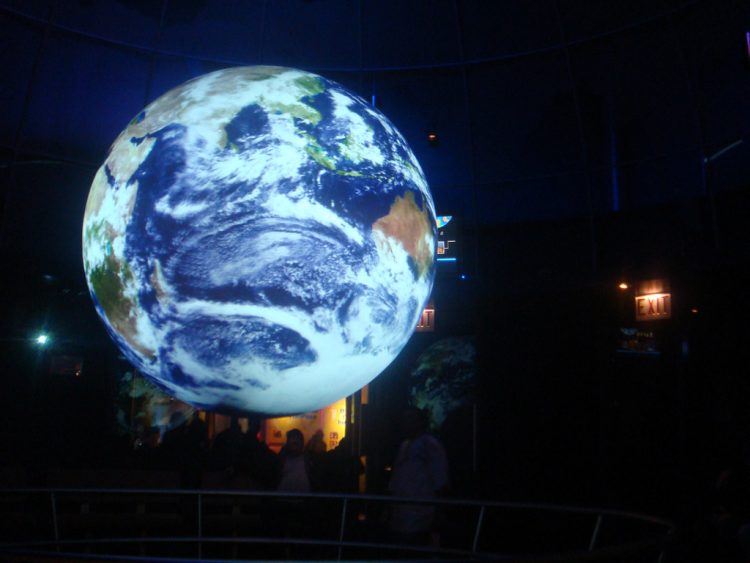 When I was a little girl, I had a tendency to become so engrossed in the book I was reading or the TV show that I was watching, that I would literally tune out my surroundings. When my mother would grow frustrated at my lack of response, she would snap at me “You just live in your own little world, don’t you?” I always found that odd. Clearly, I did not live in my own world. I lived in HERS. She chose everything from my wardrobe to my menu. She laid out my clothes for me until I was 13 because she didn’t trust my ability to coordinate colors. She prepared meals based on what SHE wanted to eat and cooked everything to her own taste (burnt to a crisp with no seasonings whatsoever.)  My entire life – the school I attended, the friends I made, the church we belonged to – was the result of the house she had picked out before I was even born.

As a result, I clearly have control issues.

But now, thanks to modern technology, I actually DO live in my own little world. And it is awesome! For me, anyway.

I grew up in that horrible pre-VCR era where there were only three networks, summer was nothing but reruns, and if the president made a speech your entire evening was shot. Now, I not only have hundreds of channels to choose from, but I can also record my favorite shows and watch what I want, when I want. I haven’t watched a TV commercial in years. I’ve worn the fast forward button out on my DVR. And I’ve collected all of my favorite movies and TV shows on DVD so that I can rewatch them repeatedly.

Same thing with music. I never listen to the radio. I’ve got every song I ever remotely enjoyed on flash drives. It’s like the ultimate mixtape, only with a thousand songs. No commercials. No missing the beginning of the song because I changed the channel. No having to cultivate a taste for new music. In my car, it’s always 1985 and unless they covered it on “Glee,” I’ve never heard it.

I always enjoyed reading.  But in school, assigned reading took up so much time I didn’t have much time left to read for enjoyment. In high school, I read Fitzgerald and Faulkner. In college, I read Shakespeare and Chaucer. Now, I read every teenage vampire series and John Grisham novel published. And I can carry all my books around on a device that fits in my purse. I joined a book club, but I’m thinking of quitting. Because this summer, I’ve read three books I didn’t like instead of any of the approximately 500 I have saved on my Kindle that I WANT to read.

So, does that mean I have a problem? Have I gotten so wrapped up in living the dream of a 6-year-old me that I’m becoming a hermit?

This self-indulgence really took off after my divorce last year. I sold my mother’s old house and bought my own for the first time in my life. It has all the features I’ve always wanted in a home: bay windows, open kitchen, vaulted ceilings. I had it painted in the colors I wanted. And since I didn’t have to argue with anybody over any furniture purchases, I ended up with a purple velvet sofa.

I no longer eat at the kitchen table like a normal human being. I recently read that “zombie eating” – eating while staring at a screen – has become the norm in America. At least I have the excuse of always eating alone, so it’s not as if I’m ignoring anybody.

I work for a small company and there are days that I literally only have contact with two other human beings.  I no longer go to the mall because I can order everything I need from Amazon. I pick up my groceries and prescriptions at the drive-through. I can get any type of food brought to my door. Some weekends, I don’t even leave the house between Friday evening and Monday morning. The closest I come to socializing is Facebook.

Is this wrong? It’s as if I built myself my own little bubble and encased myself in it. I’ve removed all the annoyances of life – including other people!

I suspect that you’re either appalled or envious of my lifestyle. After all, it’s just an extreme version of what the rest of America is doing. Time-shifting TV has become increasingly popular. Many people have substituted social networks for actual socializing. We’ve sorted ourselves into cities and states with like-minded people. We no longer have a non-partisan news media because we don’t want it! We want our biases confirmed and our “news” delivered to us by networks that cater to those biases.

No wonder we have such a hard time relating to other people. It’s hard to see another person’s point of view when you’ve gone to so much trouble to craft your own – and to make sure that nothing unpleasant wanders into it!

Maybe I need to step outside my comfort level. Or just step outside period! Maybe I’ll try to round up some of these imaginary friends and meet for dinner in a real restaurant somewhere.

Or maybe I’ll just be eating Haagen-Dazs out of the container while sitting on my purple couch watching 30-year-old sitcoms.