We Don’t Really Care Why 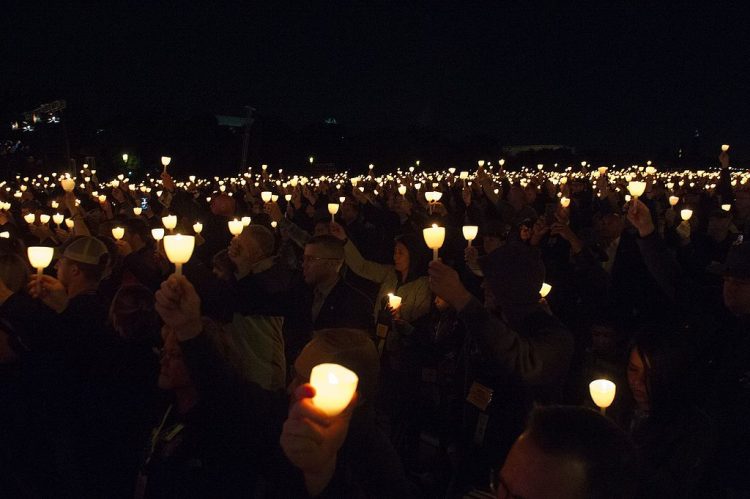 I don’t want to argue about gun control or the second amendment.

I don’t want to argue about mental illness or video games, or anti-depressants or absent fathers or incels.

It doesn’t matter. None of it matters. The “why” doesn’t help the mom who bled out on the floor of WalMart with her baby boy under her body, where she fell trying to protect him, or the 21 other dead people. It doesn’t help the families sitting at some appointed gathering place waiting to hear about their missing husband, or child, or father or sister, still vaguely hopeful even though all the hospitals have been checked and it’s been 20 some hours and they know they’re only waiting for confirmation that it is, in fact, the worst day of their lives.

Some of you heard that the evil man in Texas was a white supremacist declaring a one man war on Democrats and illegal immigrants and you clucked your tongues and were secretly thrilled that you could point at your political opposites and say “see? He’s one of yours.” Vindication of your fervent desire to hate righteously.

“Don’t politicize this, you ghouls!” they cry in response.

Then Dayton happened, before all the bodies were even removed from the El Paso WalMart. This time 9 innocent lives ended, late night revelers on a street outside a bar. Then rumors started swirling that the shooter was a Warren supporter, a member of antifa, a socialist, or even worse, an “sjw” — he had his pronouns in his Twitter bio — and the right[efn_note] In case it is necessary for me to say so, “some” is implied here.[/efn_note] rejoiced. “It’s not us, see? It’s you! He’s one of you! Evil leftist!” Vindication of your fervent desire to hate righteously.

Never mind that the asshole in Texas didn’t ask any of his victims their political affiliation or their country of origin before he shot them to death.

Never mind that the asshole in Dayton shot his own sister dead in the attack, or that he also did not endeavor to find out the political philosophies of his targets before he ended their lives. No, it must be his politics.

It has to be, because what’s important is that we can point to our ideological counterparts accusingly and lay this unexplainable insanity at their feet. Just think how helpful all this will be during the upcoming campaign season, when we can blame the party of our foes for the bloodshed that saturates our American life?

I said the why doesn’t matter. Of course it does matter; it’s the only thing that matters. But it is of little moment, because even if we have our theories, even if we show our work, the other side will shut it down.

“It’s the guns so let’s pass some stricter legislation,” they say. “Guns aren’t the problem!” they cry in response, even though a gun was in fact the instrument of their deaths. “My gun has never killed anyone! Right to bear arms and don’t tread on me and  good guy with a gun and you don’t know the difference between a magazine and a clip, lib, so shut up! The problem is mental health.”

“Don’t blame mental illness!” they say in return, even though a healthy mind does not plan a rampage, “I’m bipolar and I’ve never killed anyone and stigma and scapegoat and unfair!”

It’s the video games/violent music/broken families/drag queens/Y chromosomes/lack of melanin/Fox News. For every excuse, a rebuttal, a dozen reasons why That’s Not It and That Won’t Work. So we fight and call each other names on Twitter and suggest the dissolution of our union and wait around for the next alert on our smart phones, when we will shake our heads and say to our significant others something like “14 in California” and they know exactly what we mean without elaboration because this is what we are now.

I don’t know the answer. I just know we will never find it because we can’t leave our corners. The news breaks and we just wait to find out if it’s terrorism and if so, is it homegrown or imported? And then we think please, please let it be one of “them.”

Well, those of us who have that luxury. Some of us instead are busy thinking please, please let my loved one not be among the dead.