On Changing The Subject 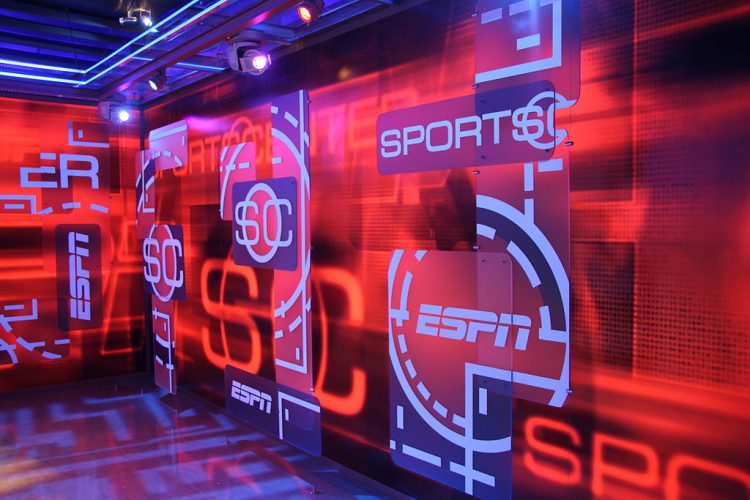 The article talks about how the new guy in charge over there is trying to steer the network away from politics and back to talking about sports. It’s a pretty good article. There’s a buried lede or two (check this one out):

The brief controversy was reminiscent of the months before Pitaro took over. In 2017, there was chaos at ESPN: Leaks sprang from the company; ESPN was a target in the White House briefing room; Pitaro’s predecessor, John Skipper, abruptly resigned in December 2017 after what he described as an extortion attempt following a cocaine purchase. “It was the worst year in the company’s 40 years,” one ESPN employee said.

Anyway, the decision is now just to bring up politics if someone in sports talks about politics. I mean, you can’t AVOID politics if so-and-so comes out and gives a huge speech about something or other. But if the big story of the day is, oh, the NFL draft or something, talking about whatever it is through the lens of partisan politics is… well, I’ll let Pitaro say it:

“We have to understand we’re here to serve sports fans,” Pitaro said at the Yankees game, weeks before Le Batard’s comments. “All sports fans.”

As it turns out, it seems like there were a handful of perception problems of the network being not only talking about politics but doing so in a partisan nature and, get this, it seems like even the people who are on The Right Side Of History didn’t tune in to ESPN to get political talk. The article itself points out: “The network also says its research finds that fans, regardless of political affiliation, do not want to hear about politics on ESPN.”

This argument shows up in a lot of entertainments. Video Games, Movies, Comic Books. There’s no shortage of examples of any but I’d like to bring us to tabletop games real quick. Specifically: Dragonraid.

I’ve mentioned before that I was raised in a somewhat Evangelical environment and we had our entertainment closely monitored. I could read comic books, but they needed to be stuff like Spire Christian Comics. I could listen to Rock and Roll, but it had to be Michael W. Smith and not Twisted Sister. (Petra was a little too hard for us as kids but, when I was a teen, Mom brought home Stryper albums for me to listen to). The argument was something to the effect of “do you want to be caught doing that when Jesus comes back?”

Like, it’d be okay to be listening to To Hell With The Devil when the Rapture took place, but you’d best not be listening to Stay Hungry. (One summer at Christian Camp, a counsellor had us listen to Rez Band’s cover of The Who’s Bargain. “Isn’t it a much more awesome song when it’s about God?”)

D&D was something that was HUGELY tempting but, of course, we weren’t allowed to play it. It was, I was told, Satanic. Luckily, I WAS allowed to play Dragonraid. Now, I’ll lift this next part straight from the Wikipedia: “The ludic experience is included in a more global pastoral or religious frame, for example the Adventure Master has to be a figure of authority (an adult, a dad, a pastor).”

Ask me how much “fun” Dragonraid was. Go ahead. Well, I’ll tell you. It wasn’t. It was didactic and stilted and it was like reading the Christian Archie comic books instead of the real Archie comics. I found myself saying “I just want to play a game that isn’t religious.”

Which is kind of funny, I guess, because D&D has stuff like Clerics who pray to their deity every morning in order to get divine spells that allow them to defeat their chosen enemy alignments. It’s a game that has the cleric praying to Thor or Ilmater or Gruumsh (or whomever) every morning to get healing spells or harming spells or blessings or curses. How in the world could you possibly say that it’s not a religious game?

But, seriously, it’s not a religious game. You’re getting in fights in dungeons and throwing dice and, after taking some hits, you’re casting “cure light wounds”. You’re a band-aid box. It’s not that deep.

And so when I see the argument over ESPN talking about politics, I hear people telling me to play Dragonraid instead of D&D.

Isn’t it okay that there’s a place where you can just sit down and play D&D without someone telling you that you OUGHT to be playing something that glorifies God?