Indict the System, With an Expert in Indictments 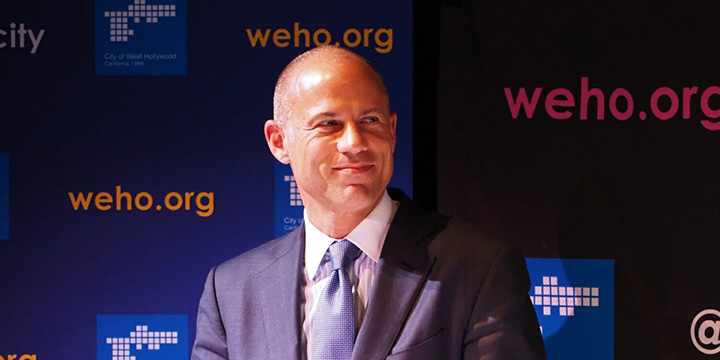 It took years, decades even, for certain words of the wise men to take hold, to come down from the heavens they were handed down from and be transubstantiated into metaphorical morsels us mere mortals can process as the entryway into great knowledge.

My Democratic friends, it is as if the oracle of the last generation is reaching out to this one, foreshadowing the answer to all the questions, the balm for the anxiety, the serum for the poison that afflicts our people and our politics.

You can hide ‘neath your covers and study your pain
We’re hidin’ and a hurtin’, that’s a fact…
Make crosses from your lovers, throw roses in the rain
Nothing satisfies, nothing works…vanity of vanities…
Waste your summer praying in vain
Biden’s still leading, what are we gonna do?????
For a savior to rise from these streets
But who? Who could be that, more than a man but less than a god to save us?
Well now, I ain’t no hero, that’s understood
I got that from when you blocked me and called me naughty names, but I can forgive if you can…
All the redemption I can offer, girl, is beneath this dirty hood
Sometimes you gotta get dirty to get clean, I get it…
With a chance to make it good somehow
Is there..so…you’re saying there is a chance?
Hey, what else can we do now?

What can we do? We can draft and support Michael Avenatti 2020:

As he’s watched the almost two dozen candidates square off in the primary debates, Avenatti says he continues to believe Democrats don’t have the fighter that can take on Trump come the general election and suggested he could be the candidate to beat him.

“I am increasingly concerned that the Dems don’t have the right fighter to go toe to toe with Trump,” he said. “And the future of the republic and our way of life is on the line. He is a brawler who has no bounds. The Dems need a guy who can match him punch for punch. I may be that guy.”

Still, Avenatti said he has a “number of things to deal with” before deciding whether he will jump into the race.

“Number of things to deal with,” is just opportunities waiting to be springboards to success, if you are Michael Avenatti.

But first the disclaimer: in the spirit of full disclosure, Michael Avenatti and I didn’t exactly leave things on a good note last time…

First of all, that was utterly uncalled for…I know enough about the legal system to not get indicted even once over the last nearly 40 years unlike, ahem, some other folks.

Besides, I was an early observer of Michael Avenatti for President and his Fight PAC when he was riding high on near-nightly cable news appearances. I thought then that Avenatti could indeed be the sort of outsider candidate to shake up a race of the 20-odd 2-D caricatures so far put forth for the Democratic nominations. None have the excitement, the verve, the essence du combat of the litigious Michael Avenatti.

But, let’s be honest: I’ve been called much worse things by much better people. So I’m down to forgive and forget if he is.

Then came reports of his firm’s bankruptcy, then a domestic violence arrest, and then the somewhat more tricky 40-odd indictments he is currently under on both coasts.

Look, there is no rule that says you cannot run for office while you adjudicate your innocence. And, in America, you are still innocent until you are proven guilty, be it once or 40-odd times.

But spin that in a positive way: What better advocate could we have for reform of the justice system than a man who currently finds himself the discarded washcloth being wrung through the reels of the broken system of justice? After all, if a white guy who pretended to be rich to the point of racking up massive debt and (allegedly) seeking to defraud folks cannot get a fair shake, then who amongst us can?

Michael Avenatti can be the man to indict the system that is indicting him. He can scream for social justice right back at the society crying out for justice at him, for him, and to him.

After all, the man does have a point. There is no one in the race that can fight Trump like he can. Oh sure, Biden can forget his lines and mix up text numbers and websites; Kamala Harris can throw disadvantaged parents in jail when their kids skip school; Bernie can scream about the rich from any of his three houses; Elizabeth Warren can tell you how she has a plan to have a plan for the plan about the plan…but answer this: Who among them has taken the bold, decisive actions of Michael Avenatti? Who represented Stormy Daniels and not only brought her to the limelight but lined his own pockets with her very hard earned dollars at the same time? Who rode into the midst of the Brett Kavanaugh battle with a client and a claim so flimsy that even the most die-hard opponents of the now-justice begged him not too?

Did he relent? Did he bow to pressure?

“Never say never,” Michael Avenatti declares with his upturned chin and gleaming eyes and fire in the belly. He is ready for a challenge (and income stream) now that he is prohibited from practicing law until his disbarment is considered by the California Bar Association. “The Dems need a non-traditional fighter. They have a lot of talent but not a lot of fighters.”

Bi-coastal indictments can’t stop him. Bankruptcy can’t stop him. The laughter and scorn of almost everyone can’t stop him. Nor will the Democratic apparatus and President Trump himself stop such a man, a man who is racing forth to meet his destiny with an open heart, clenched fist, and very questionable billing hours.

Michael Avenatti 2020. When you absolutely, positively need to play dirty to win…Accept no substitute.