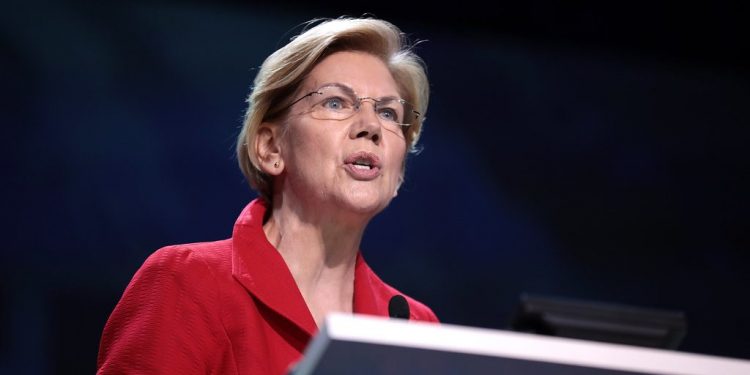 The 2020 election is not going to be an easy election mentally and emotionally. Opponents of the current administration have been operating in the red zone since the final Electoral College tally was announced three Novembers ago. Supporters of the President, especially online, recognize this vulnerability and are more than happy to exploit it, merrily mashing the meme button and sitting back to enjoy the ensuing anguish. As primary season kicks off and the Democratic field narrows, this is only going to get worse as the number of potential targets narrows.

Elizabeth Warren is a candidate who comes from a non-elite background, a candidate who cares deeply about and understands the struggles of everyday people. She was raised in a working-class family in Oklahoma and both her parents worked, her mother becoming the family’s sole breadwinner when her father suffered a heart attack and lost his job. Warren’s family subsisted on the edge of homelessness.

Nevertheless, Warren persisted and, after a few stops and starts, received her undergrad degree from the University of Houston and her law degree from Rutgers Law School, both public institutions. She spent 30-plus years teaching law at both of her alma maters as well as Texas-Austin, Michigan, Penn, and Harvard. From 1995 until her election to the Senate in 2012, Warren held many key advisory positions on economic and consumer protection matters, serving the Treasury Department, Congress, and President Obama.
Warren continued to champion consumer protection in the Senate. She was selected for a seat on the Senate Banking Committee. Her first bill was the Bank on Student Loans Fairness Act, which proposed that students should receive the same interest rates on their federal loans as banks do on theirs. Warren also earned seats on the Committee on Health, Education, Labor, and Pensions and the Special Committee on Aging.

But how much of this really matters? We know how smart she is. We know that she has plans and ideas for everything. We know she understands the issues we “regular” people face day-to-day. Do we know that she can beat Donald Trump, his legion of basement reddit trolls, and his bastion of Senators who seem, at best, powerless to check him or, at worst, his confederates?

Elizabeth Warren is compassionate where he is callous. She will work to reinstate consumer protections rolled back by the current administration and will nominate judges who more closely reflect the ideal of “equal protection under law.”

Elizabeth Warren is humble where he is a braggart. Under Warren, events meant to honor American heroes will do exactly that and not mysteriously morph into vanity events or campaign rallies. Does she even HAVE a twitter account? (Of course she does. You know what I mean.)

Elizabeth Warren is conscious where he is unconscious. She will return grace and dignity to the office of the President and make the White House a place where, for example, a World Cup-winning soccer team won’t refuse to visit.

Elizabeth Warren is intelligent where he is ignorant. She has plans–lots of plans–to restore and strengthen the middle class, protect our democratic processes from foreign (and domestic) interference, restore relationships with our allies, and replace saber-rattling and posturing with diplomacy as the go-to foreign policy initiative.

Elizabeth Warren is courageous where he is a coward. When it comes to standing up and standing for what she believes in, she’s without fear, unintimidated by those in power who tell her “you can’t” or “you won’t.” Gone will be the days where our news cycle is inundated with yet another keyboard ad hominem authored by our Chief Executive as he cozies up to dictators at the expense of our long-term allies.

The answer to the question, “Who are you voting for?” is clear: It’s Warren E, and she’s here to Regulate.

Steve Fishburn is a Linux sys admin living in Colorado with two kids, two dogs, and a very patient and understanding wife. He can be found as Fish in the comments and is on the twitters as steven.fishburn