The Moderate Case For Kirsten Gillibrand 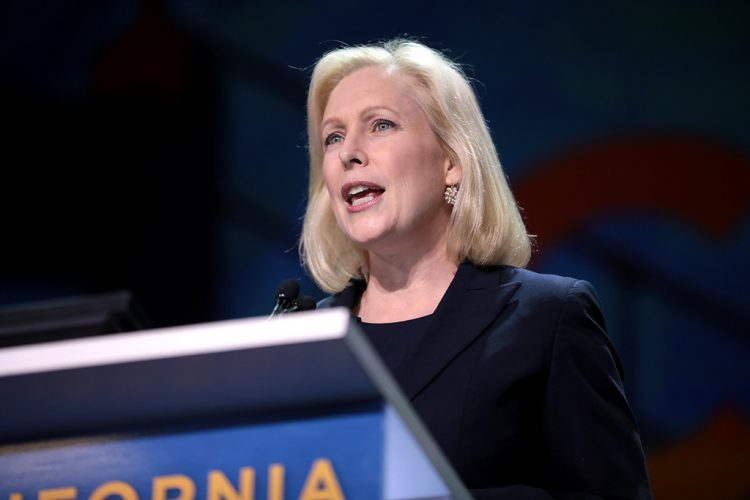 In 2006, Kirsten Gillibrand won a campaign for New York’s 20th district, which is both upstate and far more conservative than NY as a whole, and she managed to win again in 2008. Representative Gillibrand ran a campaign that would be unrecognizable to Senator Gillbrand – she described herself as “a firm opponent of any proposal that would give amnesty to illegal aliens” and she also pointed out her record on guns by highlighting her “100% voting record with the National Rifle Association (NRA).”

However, after Hillary Clinton was made Secretary of State, Representative Gillibrand became Senator Gillibrand and the rest as they say was history. Senator Gillibrand proudly brags about her F from the NRA, was the first Senator to call for abolishing ICE, and is by many metrics, a very left wing member of the Senate.

While everyone is entitled to change their mind and going from representing a rural district to a very liberal state might entail some policy changes, Gillibrand’s flip flopping on almost every issue seems a bit excessive which might lead someone to question which set of policy positions was sincere and which set was adopted solely for the purposes of getting elected. Traditionally, people view flip floppers as bad because they want someone with the courage of their convictions whatever those may be but if moderate policy is a desire, a flip flopper makes an ideal candidate.

President Bush carried Gillibrand’s district in 2004 with 54 percent of the vote – compared to the statewide presidential race where he got 40 percent. He did almost 15 percent better in her district than in New York as a whole. Gillibrand moving from that district to becoming a statewide official and changing everything along the way only had two possible explanations – first that her policy positions were informed by her district/state’s partisan lean and as that shifted, they shifted along with that or second, she genuinely changed her mind on damn near every issue from tax cuts to support for the US campaign in Iraq to the other issues mentioned above over the course of a few years. Occam’s razor would suggest the former and that is why Gillibrand deserves the votes of some moderates.

The United States as a whole is midway between her old district and New York State’s partisan lean so electing her would mean electing someone who would probably modify her positions to make sure she is in a strong position to get reelected – like she has done several times before. Moderates might consider voting for her over voting for an ideologue who is dead set on going right or left – she might not have many positions of her own that are agreeable but the ability to shift them at the drop of a hat is not one that should be ignored.

Finally, if none of that convinced you to consider voting for her, realize that she used to rep a company that delivered nicotine the old fashioned (and more attractive) way so she at least used to be cool.

Anik Joshi a student at the university of Michigan majoring in philosophy politics and Econ. He is also on Twitter.