Gillette: The Best a Meme Can Get 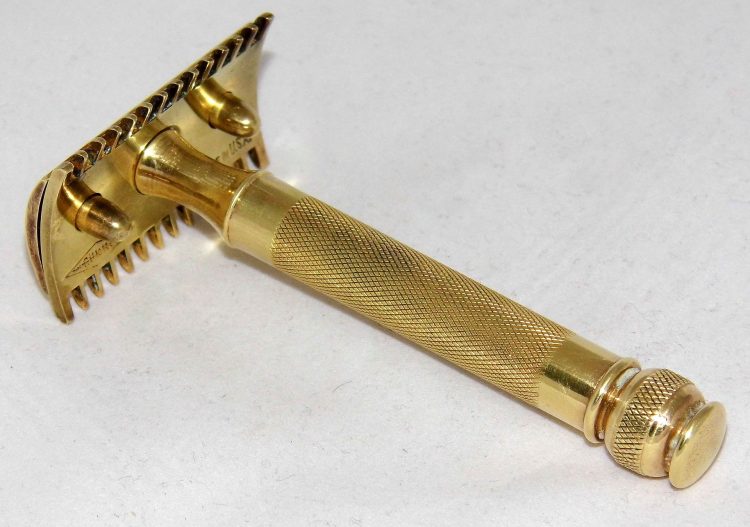 As a kid growing up in the Bible Belt, I often heard about Donald Wildmon and National Federation for Decency (later the American Family Association). The organization was constantly organizing boycotts of products or companies they thought promoted un-Christian values. His Campaign for Decency targeted, among other things, the TV shows MASH, Three’s Company and Charlie’s Angels, the film The Last Temptation of Christ, Blockbuster Video, Disney, Johnson and Johnson, Proctor and Gamble, Walmart, Madonna and basically every fell influence he could think of. While it had some early success — getting Sears to pull its ads from a few shows — eventually companies figured out that they could just ignore him. For all his claims of representing an army of millions of Christians ready to destroy whatever company he set his sites on, it was all talk. The boycotts, such as they were, never had an impact on anything. The organization is still out there, mainly ranting and raving into the void about homosexuality. But they are mostly irrelevant (the odd McDonald’s spineless surrender not-withstanding).

I tend to be skeptical of boycotts. Mass boycotts organized for political reasons can work — e.g., the boycotts of South Africa or the famous Montgomery Bus Boycott. But they only work when they are narrowly focused, supported by a well-organized community and sustained for a period of time. But random boycotts of random products that trip the sensitivities of professional ninnies and are organized via hashtag never work. Whether it’s conservatives boycotting Hamilton because the cast said something to Pence or liberals boycotting Chick-Fil-A because of the founder’s anti-LGBT actions, nothing ever comes of them. And nothing ever will because the vast majority of people do not go through life evaluating every economic transaction through some ersatz political-moral scale.

I was thinking about that this morning after this news exploded into my Twitter feed.

Still, its CEO says he does not regret a thing.

It's "a price worth paying" he said. https://t.co/HxbqItTSuw

You may remember the The Best Men Can Be ad from January. I’d forgotten it until this morning. Some people praised it for bringing attention to toxic masculinity. Other people heaped scorn on it for condescending wokism. But most people, including me, just shrugged it off.

So did this ad destroy Gillette’s brand? Did they really lose $8 billion as a result of it?

Here is Reuters write up of the $8 billion “loss”:

Cincinnati-based P&G, which operates in 80 countries, sells Gillette razors, gels and foams worldwide and said the write-down was due primarily to currency fluctuations – enduring strength in the U.S. economy in recent years has strengthened the dollar. The charge was also driven by more competition over the past three years and a shrinking market for blades and razors as consumers in developed markets shave less frequently. Net sales in the grooming business, which includes Gillette, have declined in 11 out of the last 12 quarters.

P&G bought the Gillette brand in 2005 or a whopping $57 billion. At that time, it was the top shaving product company in the world. But it has lost much of that lofty position over the last 15 years, with an 11% decline in sales over the last five years alone. This is because of cheaper competition from companies like Dollar Shave Club and the growing social acceptance of facial hair overall.

Because the company is now worth less than they paid for it, P&G went ahead and took the paper loss. The paper write-off did not surprise anyone. In fact, P&G’s stock has been rising steadily for the last year and a half and will probably continue to rise.

Nor is there any indications sales have plunged. Here is an article from January, addressing the effect the ad was having on sales:

Though the fiscal quarter for which P&G reported ended before the launch of Gillette’s “The Best Men Can Be” campaign, there has been no hit to sales thus far in light of the social media storm the ad spark. The commercial called on men to embrace a new kind of masculinity, a message well received by many but seen as an unnecessary scolding by others. But as with other controversies involving a major brand—think Nike with Colin Kaerpernick last year or Starbucks and gun safety a few years ago—noise and threats of boycotts haven’t translated into a hit to sales.

“Retail sales trends are in line with pre-campaign levels,” Moeller said, and the CFO pointed to “unprecedented” levels of media coverage and consumer engagement.

Here is an update from today:

“Grooming continues to be a very attractive business — organic sales up year over year,” CFO Jon Moeller told analysts on the conference call.

In short, there is no evidence that the ad had any impact on Gillette’s sales, either positive or negative. The brand was already in trouble and, if anything, the Best Men ad was the sign of a formerly dominant company trying to desperately get their market share back with an attention-grabbing ad campaign.

We in the blogosphere or Twittersphere tend to wildly overestimate the impact of Outrages de Jour. A significant chunk of the conservative commentariat is sick of the kind of virtue-signaling the ad represented. And so when they heard about an $8 billion loss, the gleefully leapt on it as evidence of … something.