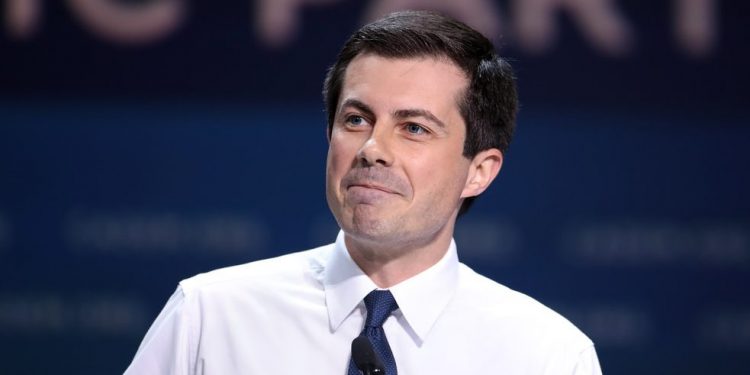 Every election is supposed to the most important of our lifetimes. I have heard that every four years since 1980. But this may be one of the rare times where I think that claim is … well, not exactly accurate … but not completely insane either. I’ve never hidden my disdain for Trump. But in recent months, he’s been getting worse and inspiring worse behavior in his followers. And rather than finally stand up to him, the GOP has become even more of a doormat, refusing to even do the minimal lip service of condemning racist remarks. Good conservatives like Justin Amash are fleeing the party, leaving Trump with a party defined almost entirely by him. For that reason, I legitimately worry that re-election will inspire Trump to indulge his worst instincts. It would be a vindication of every stupid, inconsiderate, bigoted, illegal or unconstitutional thing he’s done for the last four years. It may not “destroy our democracy”. But it has the real possibility of permanently damaging the norms and institutions that have kept the incredibly dangerous power of government in relative check for the last couple of centuries.

It’s hard for me, a self-described “libertarian/conservative”, to endorse a Democrat. But that the place where Trump has brought us to. However, I’m comforted by several things. First, it is likely the Republicans will hold on to the Senate, which will blunt the agenda of any Democratic President. Whatever gets done will have to be done by peeling off enough “traitorous” Republicans to form a majority. Second, of the three domains where the President has much more certain authority — law enforcement, foreign policy and judicial appointments — I trust the Democrats far more than I trust Trump. I like having conservatives on the Supreme Court; but I think we need that liberal minority to keep things honest.

Given all of the above, I think that the most important quality of any Democratic nominee is the ability to beat Trump. So even if I agreed with the more progressive candidates on their polices — and I don’t — I still couldn’t find myself endorsing them. The simple fact is that many of the policies being flogged by the progressive wing will turn voters screaming back to the Republican tent. Decriminalizing illegal immigration? Abolishing private insurance? Enjoy the next four years of Trump then. I said in a previous post that there is a real danger that the Democrats, thinking 2020 an easy win, will nominate a far-Left lunkhead and go down in a 1972-style disaster. Nothing since I wrote those words has dissuaded me from this opinion. So the question I find myself asking is which of these candidates can actually beat Donald Trump running on a more center-left agenda. And since I don’t quite hate myself enough to write up Biden, I’ll endorse Mayor Pete.

Most political junkies are familiar with Buttigieg’s record, but just to go over it: Harvard, Oxford, Rhodes scholar. Joined the Navy Reserve and spent seven months in Afghanistan. Mayor of South Bend since 2011. A religious man, but one who is somewhat “Religious Left”, often casting his left-of-center views in religious terms and harshly criticizing the Religious Right for embracing policies like immigrant detention or opposing the minimum wage. It’s kind of odd to see the mayor of a mid-size Midwestern city become a Presidential candidate, but Mayor Pete has impressed a lot of people with his intelligence and speaking ability and has been raising funds in amounts similar to the big candidates. He’s one of only five candidates — Biden, Harris, Sanders and Warren being the others — who are polling better than my former gallbladder.

So why do I like him? His military service is a big part. He opposed the Iraq War while still supporting military service in general. He then enlisted and served a seven-month tour in Afghanistan. We have not had a President with military service since Bush the First and none have had any experience post-dating World War II. Past military service does not guarantee a wise foreign policy — John McCain supported almost every war we could get into. But I think it brings a critical first-hand perspective on what we’re sending soldiers into that it is often lacking in a city that sees them as pieces on a board.

Buttigieg is more moderate than the other candidates, favoring a carbon-tax-and-dividend approach to climate change; correctly identifying automation, rather than trade, as the cause of manufacturing job losses; favoring a public option instead of abolishing private insurance, etc. Most of these policies will never happen if the GOP retains the Senate. But they are far less likely to send Americans stampeding back to Trump than Warrenism. And the parts he can do on his own — withdrawing for overseas adventures, criminal justice reform — sound fine to me.

I also like that Mayor Pete sees things in terms of systems. A lot of his most passionate issues are about ways of fixing the system of government so that we get better results (e.g., voting access). He isn’t proposing, a la Harris, to issue a series of executive orders. Nor is he is interested in trampling the power of the states, favoring incentives rather than coercion. Again, many of his proposals are unlikely to happen; some would require Constitutional Amendments. But an approach that focus on process and systems would be a critical step back from the imperial presidencies we’ve been enduring lately.

Another thing that struck me about Mayor Pete was this:

Question: "The police force in South Bend is now 6% black in a city that is 26% black. Why has that not improved over your two terms as mayor?"

Mayor Pete Buttigieg: "Because I couldn't get it done." https://t.co/xwTwsvYdbu pic.twitter.com/sfoyLIKpOL

“I couldn’t get it done”. It’s rare to see a politician say something that basically honest. They blame the other party. They pretend they did it anyway. They yell at the media. They invoke war dead and apple pie. They never just say, “I failed.” Harry Truman used to say, “the buck stops here”. Our last election gave us a choice between a candidate who said “the buck never got here” and a candidate who said, “I have the buck. It’s the best buck. I have so many bucks. You would not believe how good these bucks are.” A President who will simply say, “my bad”? I’ll take two, please.

But when I think about it, the thing I like most about Mayor Pete is that … he’s kinda boring. Oh, I don’t mean he’s a bad speaker or anything; he’s quite good. I mean that he doesn’t cast himself as a revolutionary. He’s not dramatic. He doesn’t deal in crazy rhetoric. He crosses me as … a manager. Someone who will run things competently, change what he can, stay focused on the moment and not get caught up in the outrage de jour. I think a Buttigieg presidency would be incredibly boring. And frankly, I could use a bit of boring right now.

Vote for Mayor Pete. And maybe, if we’re very lucky, we can occasionally forget that he’s President.