Booker Could Actually Be Good at the Job 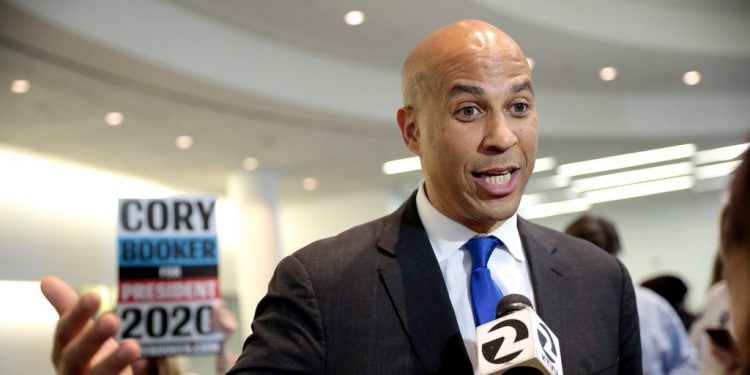 This post is part of Ordinary Time’s symposium of contributor’s Democratic primary endorsements. The views and endorsement expressed are the author’s alone. At most.

Cory Booker came from a successful family (both of his parents were execs at IBM), went to a good public high school, was a member of the USA Today All-USA high school football team, got a degree in poli sci from Stanford, where he also played football and was elected class president, as well as running a crisis hotline and doing good works in the nearby ghetto of East Palo Alto. Then he got a masters in sociology, went to Oxford as a Rhodes scholar, and there got another degree in American History. With Honors. Finally he went to Yale for a J.D, and did more good works in both African American and Jewish organizations.1 All of this by the ripe old age of 28.2

He followed this up by being elected to the Newark Municipal Council, where he proposed an impressive collection of reforms and initiatives, none of which were adopted. He then ran for mayor, but lost after being smeared as “not black enough”. Next election, he fundraised like crazy and won with a staggering 72% of the vote. During his first term, crime in Newark was reduced by more than any city in the country. In March 2010, Newark had its first murder-free month since 1966.3 Booker also had awww moments like shoveling an elderly constituent’s driveway and important ones like accepting a $100 million donation from Mark Zuckerberg to the Newark school system.

In 2013 Booker ran for the Senate in a special election to replace the ailing Frank Lautennerg, and won both Democratic nomination and general election with solid majorities. The next year he was elected to a full term, again with a strong majority. In the Senate, he’s been a traditional liberal: cap and trade, criminal justice reform, Medicare for All. In foreign policy he’s against intervention in Syria, pro two-state solution pro-JCPOA. In his personal life, he’s a teetotaler and a vegan. He’s also dating Rosario Dawson.

Booker is a smart, capable, completely scandal-free guy with a track record of popularity and success. He’s also polling between 1% and 2%. The country could do a lot worse, and probably will.