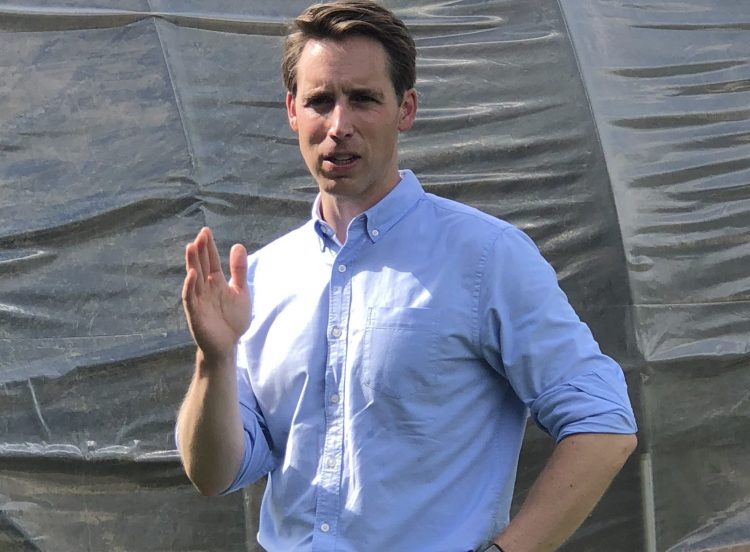 photo by Natureofthought via Wikimedia Commons

In the latest of a string of legislative proposals aimed at “Big Tech” Josh Hawley has proposed this nugget of nanny state numbskullery:

The first-term senator continued his crackdown on social media on Tuesday, introducing a bill that would ban infinite scroll, autoplay, and “awards linked to engagement” from social media platforms. That takes direct aim at every major social media site out there, including Facebook, Twitter, and Instagram’s neverending content streams and how Snapchat counts continuous streaks of messages between a pair of users.

As Hawley put it in a tweet introducing the bill, “big tech has embraced addiction as a business model” and its platforms are designed to “capture attention by using psychological tricks that make it impossible to look away.” So he’s proposing an all-out ban on autoplay and autofilled content, as well as a requirement that social media platforms allow users to set time limits on how long they can spend on the apps.

It’s not even an original argument. The same excuse for government intervention in the name of “addiction” has been applied to everything from video games to cell phones.

And none are Josh Hawley’s or the government’s business.

Note he isn’t going after Vegas casinos, long-noted masters of “psychological tricks” to keep you inside and playing, nor is he going after any of a dozen other industries where that argument could be at least be tangentially applied. No, the ambitious Mr. Hawley is going after boogeyman of the moment: “Big Tech.” Note the premise of what he is saying: BigTech is tricking you and only the government and I can step in to save you poor innocent people from the danger to our republic that is infinite scroll, ’cause that’s “addictive.” It was a silly argument for video games in the 80s, rap music in the 90s, the internet when it first came out, cell phones, and on and on. The latest technological innovations get so popular that ambitious politicians must cape up to save us, the poor stupid voting and donating public.

In his highly controversial speech at the National Conservatism Conference much focus was placed on the 11 usages and variations on “Cosmopolitan Elite”, class and other facets of his speech . But it was the ending of the speech that perhaps we should pay attention to:

I wonder if you remember the story of Horatius at the bridge. It happened in the early days of the Roman republic, sometime around 500 BC. The Etruscan army, the story goes, marched on Rome to invade, and the Roman defenses were caught off guard.

Eventually the fighting coalesced around a bridge leading across the Tiber into the city. All was chaos. The Roman generals, surprised and unsure, were falling back. The city seemed in great peril.

But a junior officer named Horatius thought otherwise. He saw that if the Roman army could simply hold the bridge long enough for the city to reset its defenses, the republic could be saved. So as the senior officers retreated, he advanced.

Macaulay tells us that as he charged to the front line, Horatius looked over his shoulder to the hills of Rome, and glimpsed his own home there, and knew it was worth defending. And so he took his stand.

No, Senator Hawley, I do not need you on the bridge of technology looking over your shoulder at hearth and home, and deciding that the wilds of the free and open internet are just too much for me and mine to bear without your benevolent protection. America doesn’t want you on that bridge, nor need you on that bridge. No one used any of the social media you decry for your own ambitious reasons who didn’t click “I agree” to the user agreement. If they didn’t read it, that is on them. A free and open internet does not need to die on a senatorial bridge over websites we won’t even be using 10 years from now just so you can feed the fever dreams of folks convinced it is the internet’s responsibility to unconditionally love everything they post.

If you cannot control your own social media content then maybe Senator Josh Hawley is the politician for you. If you think perceived victimhood of not having unfettered fame and glory on the interwebs is reason enough to sign away everyone else’s freedom, have at it.

But you can stand on that bridge alone.

Josh Hawley, like all ambitious men, is telling you who and what he is about. We should listen, and like Horatius look at our homes and country and decide their safety and freedom are worth more than the overreach of the Josh Hawleys of the world.