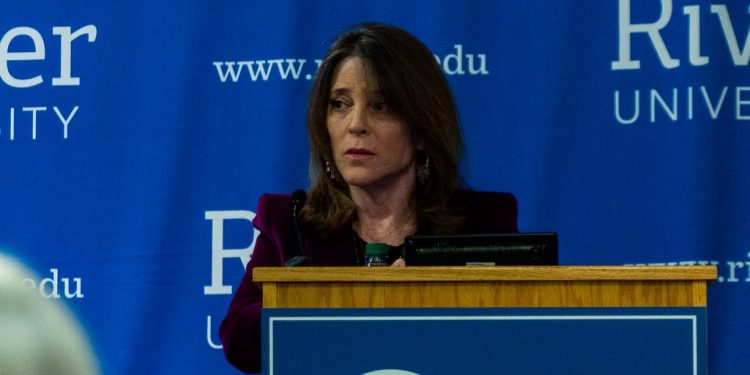 The office of the presidency has evolved since it was originally set up in the Constitution. Back in the 1700s and early 1800s, it was pretty much merely an executive position. A check and a balance against the other branches of government that involved, mostly, signing (or not signing) pieces of paper, making appointments of justices and ambassadors, and giving speeches. Starting around the time of the Civil War, we realized that the President was also a Moral Leader and Woodrow Wilson helped us save the world in the nineteen-teens and FDR helped us save the world in the nineteen-forties with their moral leadership and ability to see where we needed to go and apply our skills and abilities.

Since the election of Donald Trump, it has become painfully obvious that the role of president as moral leader (and not merely paper pusher) is more important than ever before.

We need a president who recognizes what the role of president has become and the only person on the Democratic Stage who understands what the future of the presidency consists of is Marianne Williamson. When asked about plans during the Democratic Debate, she was the only person on that stage who demonstrated that she understood why Trump won. During the debate, when asked about “plans”, she said:

“I’ll tell you one thing, it’s really nice if we’ve got all these plans, but if you think we’re going to beat Donald Trump by just having all these plans, you’ve got another thing coming,” she argued. “Because he didn’t win by saying he had a plan. He won by simply saying ‘make America great again.’ We’ve got to get deeper than just these superficial fixes, as important as they are.”

She was mocked for this and people came back to ask her about the importance of plans and she had the most insightful comment yet about the difference between her and the rest of the democrats on the stage:

I asked Williamson why she was critical of candidates coming up wirh plans. She said it was more of a job for cabinet secretaries and that plans are not enough to inspire people to vote. “I think they will all be great cabinet secretaries.”

It’d be the job of her cabinet to come up with the plans. It’s HER job to inspire people. Not only inspire them to vote for her instead of for Donald Trump, but inspire Americans with her moral insights and moral vision. Instead of mumbling her way through a comment about a tax rate and whether it should be 36.7% or 37.6%, she made a bold statement about Love.

Love. Her vision for the country doesn’t focus on any given group of people, but it’s about focusing all of us together and pointing us in the same direction. In her book A Return To Love, she closed with a prayer asking God to help us “find our way home, from the pain to peace, from fear to love, from hell to Heaven.”

Though this book was written in 1996, she foresaw the state of the country 23 years hence and she’s the one that stage who sees what is at stake and how Donald Trump won.

On top of that, she has displayed a deft understanding of social media in general. Samantha Bee tweeted out the following:

.@marwilliamson is our favorite Marianne Williamson running for president, but sometimes there can be too much of a good thing. So Marianne, come drop out on Full Frontal! We love you! #TheDropouts pic.twitter.com/kypAMLoRqW

While the tweet itself has a number of high-quality responses (my favorite: “Williamson has a school desegregation program, so I understand why you’re upset.”) but it was Marianne Williamson herself who demonstrated her mastery of the new media environment by posting to Instagram:

In the green room waiting for hair and make up, doing the Stephen Colbert show tonight. Taping at 5:30 ET. Send good vibes please! Samantha Bee put out a video today saying that I should come on her show and drop out. Ha ha. Thought I should do Stephen’s show instead, and stay in…and win…☺️