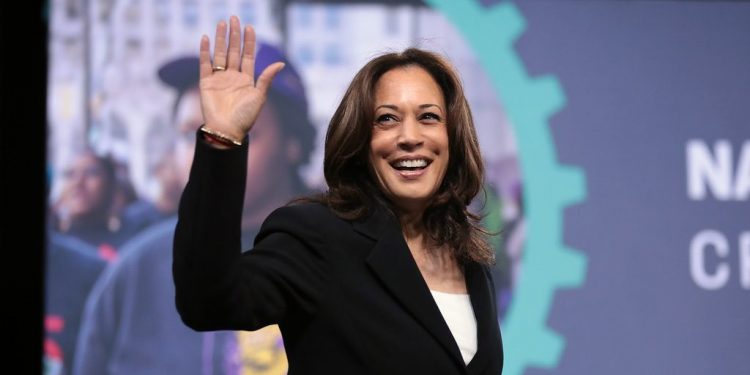 There are a couple of reasons for my believing this.

The first reason is one of practicality: focusing on the number of policy matches distorts one’s perception of electability. Political junkies tend to judge candidates based on their policy positions, and don’t pay much attention to things like personality, presence, or charisma. This process works well for state reps and city council members, who are generally elected by people who won’t be able to remember their name six months after the election.

But the POTUS race is different. Even the lowest-knowledge voter will know all about the candidates as people, even as half of them won’t be able to identify more than a couple of obvious party-litmus-test policy positions. And it’s always been this way. A quick perusal into our own 2012– and 2016-election predictions archives will reveal how many of us believed that the way folks like Jon Huntsman, Tim Pawlenty, Michelle Bachmann, Bobby Jindal, Rick Perry, Scott Walker, and JEB! looked on paper would make up for the fact that watching even a five-minute clip of any of them would show that each and every one was either excruciatingly dull and uninspiring, crazier than a sack of weasels on crank, or both.

My second reason for eschewing policy-matching for POTUS candidates is more values-centered. Simply put, I don’t think it is the job of the executive branch to be dictating things that are spelled out to be the legislature’s domain. If I were hiring an executive for my company, an exhaustive list of how they stood on every controversial Culture War issue wouldn’t scratch my Top 10 Skills Needed list. (And if you suggested in all seriousness that I not hire someone because they ate arugula, I just might fire you.)

Granted, the president does have the power of veto, so there are absolutely some worst-case scenarios where it is good to have someone in the Oval Office who agrees with you about everything. I just think that if you plan for worst-case scenarios rather than plan for a functioning, stable executive branch, that plan inevitably becomes a self fulfilling prophecy, and you risk electing someone entirely unfit for office who is unable to manage a stable executive branch day-to-day. (Ahem.)

Therefore, when looking for a Democratic POUTS candidate, I am mostly looking for someone I think is likable, commands the stage, has a long history of public service, radiates stability, and will be able to stand firm against whatever hijinks Donald Trump throws at a debate stage while neither conceding ground nor looking angry, annoyed, or exasperated. And it is for this reason that I am choosing to endorse Senator Kamala Harris.

Out of all of the approximately 8,000 Democratic candidates, Harris has the best chance of accomplishing the three goals that I see as critical to the long-term health of the Republic:

As I have noted in the past, presidential elections rarely come down to policy positions or qualifications; rather, it is the “likability” of a candidate the almost always determines their campaign’s outcome. This means that some candidates that look incredibly strong and qualified on paper — such as Elizabeth Warren — will have limited success in a general election, unfair though that might be. (Her tepid response to her bloodline controversy and her cringeworthy and futile attempts at seeming folksy are good examples of this.) At first blush Biden seems likable, until you realize that he never polled over 50% before he was attached at the hip to Obama, and has since sunk back under that meridian.

At this point, all signs point to Harris being the most “likable” of all the candidates. She appears strong, she’s friendly and outgoing to whoever her audience is at any given moment without seeming disingenuous, and — possibly most importantly — other than the too-inexperienced-to-win Buttigieg, she is the only candidate who communicates in stories rather than spreadsheets. Simply put, people just like her more the more they get to know her — as the polling after the first debate showed clearly.

Harris also represents a return to stability. At least so far, she doesn’t rise to take bait, her message is more one of national unity than partisan rancor, and, regardless of how she feels in her heart, her message is always wrapped in a spirit that welcomes those who disagree with her, even those on the right. More than any of the other candidates, Harris has obviously spent time pondering the question, “what was it that made Obama so popular with mainstream voters?” In another time, we would have called all of these traits presidential; with any luck, in two years time we might do so once again.

Finally, Harris carries with her an opportunity that no other Democratic candidate brings: the possibility of beating back the white-nationalist/alt-right wing of the Republican Party back into whatever dark mother’s basement they came from.

Having spent more than a little time with that particular crowd, I can tell you that much of what drives them to be part of the mainstream political process is a combination of the cult of personality and the aura of invincibility that Trump provides them. But that particular set of motivations is a double-edged sword. The white nationalist/alt-right set have a habit of both turning on and quickly discarding their own leaders whenever those leaders catch even a whiff of weakness. In these movements, you can be proven to be a liar, grifter, or monster and it will in no way adversely effect your status. But if you are ever shown to be a “cuck,” every single person in the movement will treat you like a shark treats chum.

Trump being beaten by an Indian-American woman who was raised in a black community would be more than a lost election for these groups – especially if that same woman casually and matter-of-factly calls Trump a “coward.” Trump’s defeat by Harris would be an existential blow, one that would be utterly demoralizing. So much so, I believe, that more mainstream Republican leaders would finally be able to grow the stones required to tell them to get the Hell out of their party.

It probably goes without saying that I will absolutely vote for whoever comes out of this motley pack of semi-statesmen, pretenders, and nutjobs. But I’m going all in. I don’t want to just win back the White House, I want to win back the country.

That’s why I will be voting for Kamala Harris.