Vote Beto Because Why Not 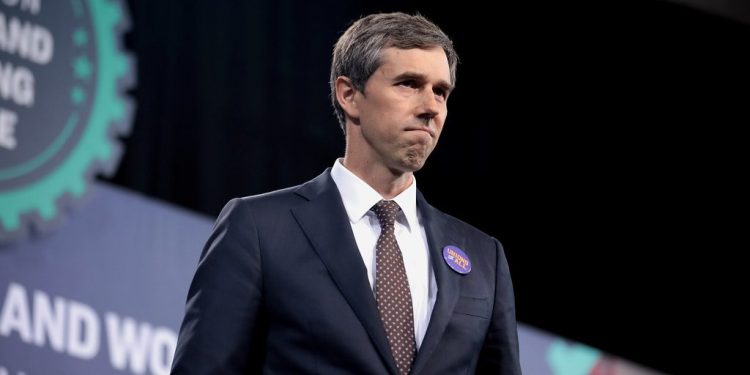 Just now I had to go look up “is Beto still running for president” because I honestly didn’t know and I didn’t want to endorse someone who wasn’t even running.

It may surprise you to see me endorsing Beto. But the thing is, while I know many people see me as some sort of super rightwinger or something, and I’ve for sure busted Beto’s chops in the past, the fact is, I’ve never voted for a Republican for president. And I 100% don’t want the first Republican I vote for for president to be Donald Trump. I keep hoping against hope that some Democrat will suddenly start to appeal to me so I don’t have to. But most of the Democratic candidates and their supporters seem to be going out of their way to tell me they don’t WANT my vote (a situation I find both frustrating and puzzling) unless I agree with them on every issue and completely disavow anyone who would ever even consider voting Trump. Since I don’t agree with them on every issue and I would never disavow anyone based on how they voted, that leaves me in a bit of a pickle.

I would still LOVE any other possible options aside from Trump, though. My vote is winnable but the thing is the Democrats need to EARN my vote rather than shaming me into giving it to them. That’s not how this politics thing works. That’s not how any of this works and it’s actually the reason behind the whole wacky “secret ballot” doodleganger is that it’s really very lousy, even immoral, to shame or censure people based on how they vote.

How might a party earn that vote, you may ask? The Democrats are obviously not going to change their policies any on my account and so I wouldn’t ask them to. But there’s only one teensy little thing I need from Democrats in order to woo me to their side. I need some sort of reassurance that this president-elect will be a peacemaker and not an activist. If the goal here is to press on with the progressive agenda as hard and fast as possible to hopefully beat the cons to the punch, enacting as much leftist legislation as possible as quickly as possible because soon all their voters will be dead hip hip hooray, I’m voting Trump. Not saying I’ll like it, because I won’t, but it will happen.

But if the goal is – and I personally think it needs to be our primary goal for the next four years my peeps regardless of who wins the next election – for all of us to maybe take a breath and say “ok, that happened, what now” and try to shore up some of our shared American values and political norms. We need to let this weeping sore that has been festering the last 2-4-6-8-20-or more years (depending on your worldview) drain and heal. If you are willing to grant me a stay of that execution you so firmly believe I deserve, Dems, I’m in.

Both those on the left and those on the right have to put “winning” aside for now so there can be healing or the American experiment is over. Trump probably won’t do it. Will you, Democrats? Then I’m yours.

So, Beto. The thing I like best about Beto is that he doesn’t seem to stand for anything. Most of the other candidates are very agenda driven, but I think Beto somehow kind of got roped into all this. Maybe he lost a bet or something, IDK. He doesn’t seem like he’s particularly sold on sweeping changes and 4 year plans. I like it. I want a guy who goes out there and talks and acts like a normal president. I want someone who puts me at ease and backs the hell off and is willing to let the dust settle. I don’t see any of the other candidates willing to go slow and be understanding, even conciliatory to those 60 million or so of us who really aren’t any too sure about Democrats right now. Well, maybe Biden, but Biden has some obvious issues that are for me dealbreakers.

Beto is, and if you could send me in a time machine back a few months so I could tell myself this I would never have believed myself, literally the only Democratic candidate I can even remotely tolerate. It’s not because he’s a cis white guy who looks like a Kennedy (AT ALL), it’s not because he’s a Gen-Xer although honestly that doesn’t hurt as a selling point.  It’s certainly not because of his message because he doesn’t seem to even have one other than being vaguely embarrassed at all times – as a Gen-Xer myself, that’s a message I can get behind. The real reason to vote for Beto is because he’s so marvelously wishy washy I don’t see him accomplishing a whole lot and that is just what the doctor ordered. We need a period of inaction and gridlock and inaction and Beto has gridlock written all over him.

So vote Beto. It only has to be for a term! I won’t make you commit to two. Just a nice little holiday where we all sit around blaring Blink 182 and talking about how much everything sucks.

BETO 2020!! The do-nothing president America needs to help us remember we’d much rather be caring about virtually anything else on Planet Earth than whatever the president is doing!