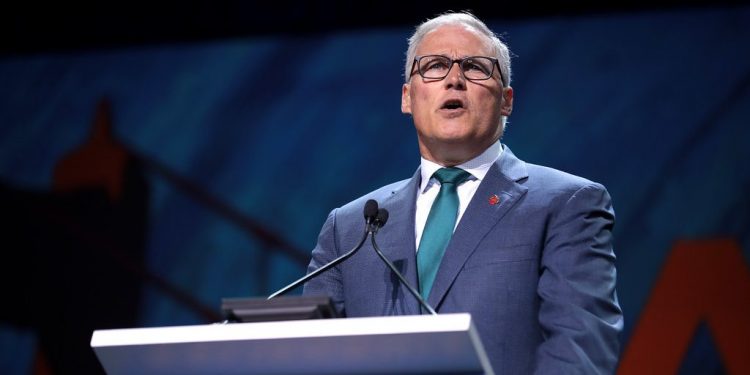 The fox knows many things; the hedgehog knows one big thing.

Washington Governor Jay Inslee is the hedgehog candidate in this election cycle and the one big thing he knows is global climate change is an existential threat to civilization. The UN says so. The US federal government’s experts, when not constrained by political appointees, say so. Thirty years ago, behind well-closed doors, the oil and gas industry said so.  Democratic voters say taking aggressive action to slow the effects of climate change is the most important issue the country faces.

It’s a big complicated problem.  Too many people take the attitude that the engineers will eventually save us from ourselves by inventing appropriate new tech at the last minute and that the tech will make the change painless.  Unfortunately, things need to be done now, with the tech we have in hand.

Inslee’s broad approach to the problem is based on the only solution that works with existing technology: de-carbonize the electric grid, electrify every major energy consuming piece of modern life that isn’t already electrified, and do it soon. His specific domestic targets include an emission-free electric grid by 2035; all new light cars and trucks sold must be emission-free by 2030; and all new buildings, both residential and commercial, must be emission-free by 2030.  Help the rest of the world do the same things. Yes, it’s going to be painful. OTOH, a 4 °C global temperature rise by the end of the century isn’t just painful, it’s fatal.

Inslee’s positions on foreign and security policy also reflect the effects of climate change. Water shortages; agricultural failures; social and political instability; hundreds of millions of climate refugees. Syria is the canary in the coal mine, where extended drought attributable in part to climate change led to crop failures, internal migration led to political instability, and the combination has resulted in six million internal refugees and five million refugees who have left the country.  Worse is coming.

Inslee is fighting an uphill battle because the Democratic National Committee desperately wants this election to not be about climate change. They want it to be about issues like voting rights and economic inequality where there can be short-term fixes done in a single Congressional term. In the four hours of the first Democratic debate, climate change was the subject for 15 minutes. And some part of that was wasted time. Rachel Maddow was the worst, asking Gov. Inslee if his plan would save Miami. No one knows if Miami can be saved under any plan. We do know that if we don’t stop digging the hole we’re already in nothing can save Miami.

Twenty-five years from now when your kids (grandkids in my case) ask, “What did you do to try to save the planet?” don’t be in the position of having to tell them you put your head in the sand at the critical time and worried about the lesser issues first. Vote for the guy with his eye fixed firmly on the big problem.