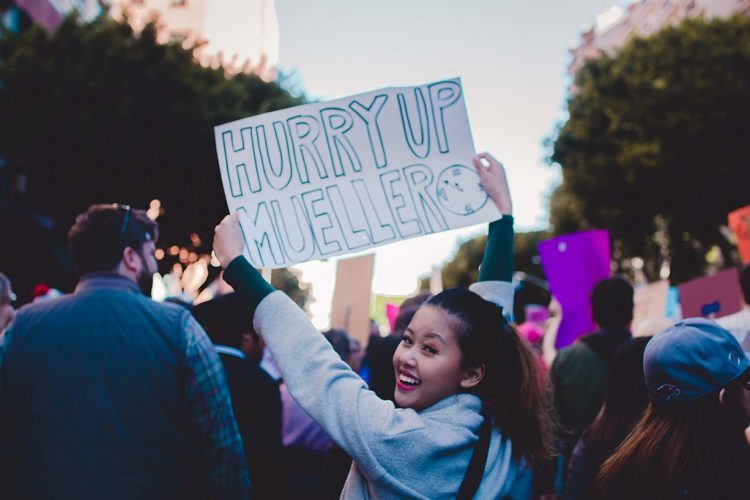 Photo by nguyengurl via Wikimedia Commons

“Facts don’t care about your feelings” is a popular line these days. While that snarky bit of internet juvenility is part truth, part “sick burn, brah” self-flattery, ratings can be an interesting metric of how people are vetting issues based on their most precious commodity: time spent paying attention to it. In other words, they are as good a metric as we have about what facts folks are feeling enough to care about.

News coverage of special counsel Robert Mueller’s testimony before Congress Wednesday drew a sizable audience — but not as big as some other recent televised hearings.

In the hearings, Mueller reiterated the findings of his report on Russian efforts to influence the 2016 election and contacts with members of Donald Trump’s campaign — including that the report did not clear the president of possible obstruction of justice.The 13 million viewers falls short of some other recent televised hearings: Former Donald Trump lawyer Michael Cohen, for instance, drew about 16 million viewers when he testified before Congress in February. Ex-FBI Director James Comey’s 2017 appearance before Congress attracted 19.5 million and Brett Kavanaugh’s Supreme Court confirmation hearing averaged 20 million viewers.

However you want to divvy it up, spin it, analyze it, or otherwise talk around it, there is a definitive trend line of less and less interest at each mile post of the Mueller investigation — A downward trend. Minds are made up. The premise that former Special Counsel Robert Mueller appearing in person while congressional committees — the most intolerable of government theater that more often than not oscillates between mind-numbing boredom to cringe-worthy grandstanding — was going to captivate an audience not already overly invested in the drama by saying the same things they have for months just in the form of questions was foolish. Now we have the numbers to support that.

Before the election, the nation had nearly 70 years of book on who and what Donald J. Trump is. A well-documented book at that, with multiple books, a ubiquitous media presence, and an incessant need to be in the headlines — both news and tabloid — for decades. Almost 63 Million Americans looked at that, found their various reasonings, and voted for him anyway. Nearly 66 million did not. After three years of this story, and two years of investigation by Mueller, and 6 months of hearings since the Democratic Party decisively retook the House of Representatives in the mid-term election, the numbers aren’t lying; the needle isn’t moving among most Americans on this issue. Impeachment still remains on the wrong side of the popular opinion Mendoza line, sub-40%. Proponents of holding the president accountable will continue to cry out for legal, moral, and political justice but few not already pre-disposed to hear that message at this point is listening.

It is apparent, if objectively observed, that to a vast swath of the American people not a part of the chattering political class or dwellers of social media arguments have adapted to the onslaught and persistent presence of non-stop coverage not with outrage, engagement, or calls for action, but with the lesser talked about but most consistent of American political moods: Apathy. A great numbness to it all has set in, calcifying opinions into whatever rut they have been in for some time now, with no exit from it in sight.

“I mean I totally underestimated the degree to which people would just get sick of 24-hour-a-day talk television and talk radio and then the degree to which this whole scandal became just sort of disgusting by sheer repetition,” a shellacked Newt Gingrich said after his party lost seats in a mid-term election immediately prior to the failed impeachment of then-President Bill Clinton. But he was wrong. People weren’t disgusted by it, though they should have been, not only at the actions of President Clinton but the hypocrisy involved that brought down, among others, not one but two Republican Speakers of the House concurrent to the Clinton scandals. They just got tired of it. Numb. Apathetic. By that point the Starr probe’s origins stretched back almost 8 years, longer if you want to include the Whitewater Scandal genesis that was the point of the inquiry before Monica’s blue dress grabbed the attention of both press and populace.

We are three years into this affair, and minus bombshell new information another 16 months of the same song stuck in people’s heads is not going to endear the singers to the hearers.

All the while, the Russians, Iranians, North Koreans, and others are all taking notes on subversion and intelligence, how both our political leaders and general populace react to clear evidence that social media, traditional media, intelligence methods, and old-fashioned P2P skullduggery, can be utilized to sow chaos around an election and practically any other time. As do the oppressive rulers of China, who are far better in cyber than the others and have plenty of economic and geopolitical motives for such actions of late. These threats are clear and present dangers to our country, to the experiment of a free people self-governing that the powers-that-be of those oppressed countries cannot abide to be a shining light to the peoples of the world of what could be. But much like the present crisis, most Americans are reacting to that threat like they are the cacophony of noise purposefully perpetuated by the symbiotic relationship between president, media, and ancillary players that want to be a part of either or both, by tuning it out.

Meanwhile, those same tuned out folks not of those three groups is being further inoculated to the insanity of it all, numbed to the next time something really important needs to be discussed, apathetic to the next scandal that might be even more important but less heard than it’s predecessor. The politicians and pundits of the moment perfectly content to not worry about the fact that all current noise is like grass, soon to whither. The House of Representatives is up for re-election in only 17 months, and every two years thereafter. Trump is running for re-election now, and no matter what has a finite amount of time in office. Time and tide what for no man, but it is one fact that really does not care about the feelings, motivations, or profitability of the news cycle.

The hope against hope is that at some point a coalition of the decent can wrest enough sway to keep the ship of state somewhat on course, keep guard rails of the republic somewhat in place, and rules and laws thereof uniformly applied. Anyone not affiliated watching the Mueller hearings on Wednesday would probably consider that a forlorn hope with the present cast of characters in our political melodrama.

The tribalism, corruption and splintering of our political and societal norms displayed there is a symptom, not the sickness. If America’s way of governing dies, if the greatest experiment in a free people self-governing ends in failure, it will be from chronic, untreated, bipartisan apathy. Which will make for poor TV ratings, no doubt.