Actually, the Film Was Better Than These Books 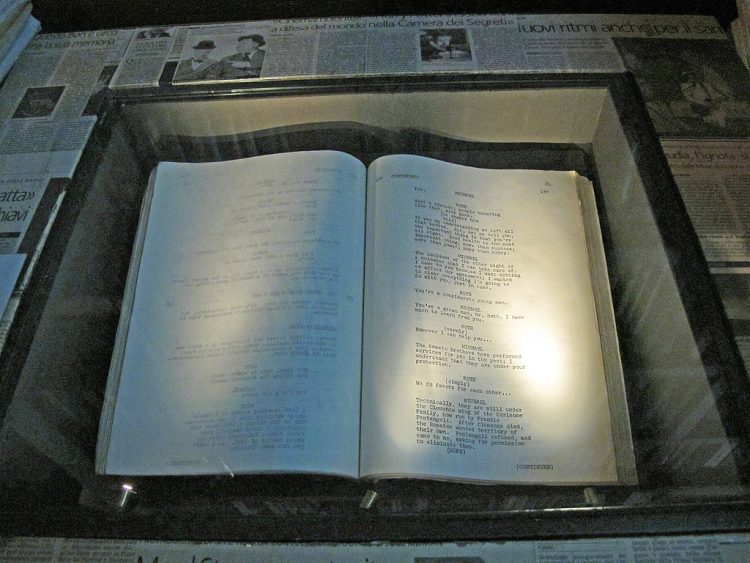 “The Godfather” script. Photo by Eippol via Wikipedia Commons

So last week, a Twitter thread popped up that intrigued me:

You can click through to see the myriad responses. I threw out a few of my own but decided it might make for an interesting post. This has always been a point of contention to me because “the book was better” is a phrase I rarely utter. While it’s probably a cliche by now, it’s no less true: books are a different medium and what works on the page may not work on the screen and vice versa.

And so I often find myself defending books adapted to the screen because, on their own terms, they work. To throw out one of the most famous examples: The Lord of the Rings is one of my favorite books; it is also one of my favorite films. The two are different: the book takes its time; the movies hurry. The book is more about time and place, detailing every nook and cranny of Middle Earth; the movie is more about action and struggle, featuring spectacular battle sequences. They are different; but they are both good at what they do. I took great delight in reading the book to my daughter and great delight in showing her the movies.

Another example: The English Patient. The book is good but it is a difficult and non-linear read. The movie loses a lot of the complexity but replaces it with some great acting and cinematography. Both are good, but in very different ways.

I usually don’t get terribly worked up about a film adaptation of a book because most of them are…OK. They’re usually being adapted by someone who at least likes the book. And even if it’s a cash grab for a book with ephemeral popularity (I’m looking at you, the Da Vinci Code), they’ll at least hire someone competent to do it. But the occasional things in the wings of the distribution — movies that failed the book or movies that improved upon the book — are a fun source of debate.

There are dozens of blog posts out there on this subject and 538 did a statistical analysis a while back. But for this post, I’m going to limit myself to books I’ve actually read and films I’ve actually seen. This is a significant handicap because there many great films that have sprung from mediocre books. Hitchcock, in particular, had a talent for turning mediocre or good books into such amazing films that no one has ever read the books they are based on. And, conversely, there are many great books that been turned into truly dreadful movies that I feel no inclination to see.

But I’m going to rely on my own judgement here, which requires familiarity with both versions. So there will be no Forrest Gump or Full Metal Jacket on this list because I haven’t read the books. Nor will there Alice in Wonderland or The Time Machine (2002 edition) because I haven’t seen the films. Feel free to add films on your own but only if you’re familiar with both.

Going through my library and thinking about it overnight, here’s my short list of films that, in my opinion, were significantly better than the book:

The Firm: When I first saw this Tom Cruise flick, I enjoyed it. It is well-paced and has some good tension and intrigue. I was told that the book was even better and so I read it. I did not find it to be so. The book is good but its third act is anti-climatic and drags on eternally as it seeks out a resolution. The movie’s resolution is a bit too neat, but at least it’s relatively quick. And, honestly, I’ll watch almost anything with Holly Hunter in it.

The Godfather The book is good but has some odd subplots (most notoriously, the Ballad of Lucy Mancini’s Enormous Vagina1.) It also contains one of the most disturbing scenes I’ve ever read involving Luca Brasi. It’s not bad, per se. But it’s not the masterpiece the movie is. Mario Puzo used to joke that he would have written the book better if he’d known so many people would read it.

Blade Runner This might start a bar fight or two. But while the book is good, the film is amazing, highlighted by the late Rutger Hauer’s closing soliloquy, one of the most iconic scenes in the history of film.

Jaws Another one where the book is OK but the film is masterpiece. The book takes its time and has a needless subplot involving Brody’s wife having an affair. The movie cleans up the narrative and adds a number of great scenes that are not in the book, most notably Robert Shaw’s riveting tale of the Indianapolis.

I think that Jaws might be an under-rated movie at this point. The way it revolutionized film has now become standard. But watch the movie like a film critic: look at how it is shot, how it laid out, how it develops. It really is a great well-made movie.

The Shawshank Redemption Decent novella, astonishing motion picture. And The Green Mile and Stand by Me are also good books and great movies. King’s movies tend to end up either really good or really bad. There was a time, in the 80s, when King adaptations were mediocre at best, and many were outright terrible. But starting with Misery, there was a marked improvement. We still only get about one great adaptation a decade, but I’ll take that.

The reason why King’s adaptations tend to be either very good or very bad is that his books work by creating identifiable characters and then putting them through the wringer. Good King adaptations build films around those great characters (Bates’ Annie Wilkes, Hanks’ Paul Edgecombe, Nicholson’s Jack Torrance) and their reactions to events. Bad adaptations tend to focus on the events and regard the characters as mere plot devices.

The Princess Bride Look, the book is good. I enjoyed it and recommend it. But the movie is on another level.

Last of the Mohicans I post this mainly to link to Mark Twain’s hilarious and insightful attacks on James Fenimore Cooper, who is a bit over-rated as a writer. The movie is very good.

The Spy Who Loved Me I once blogged my way through the entire Bond canon, ending with Quantum of Solace. Spy is a great Bond movie, easily the best of Roger Moore’s tenure. The book, while decent, has nothing whatsoever to do with the movie. Many Bond films improved upon the books although the best — From Russia With Love — adopted the book pretty much verbatim.

Battlefield Earth Ok, I’m joking around. But I’m also a bit serious. I never got far into the book because I found it a bit turgid and boring. Those who have read it have told me it’s mediocre. The film, by contrast, is so bad it actually has entertainment value as the worst movie ever made. There was a period of time when it was on cable almost every night and I probably watched it half a dozen times. I’m generally not someone who likes to watch bad movies for entertainment value. They almost always cross me as just … bad movies. Maybe I was enjoying the schedenfreude a bit too much. But the movie is a landmark of cinema, elevating a pedestrian piece of sci-fi schlock into a truly epically abysmally terrible movie that will be remembered long after the book is forgotten.