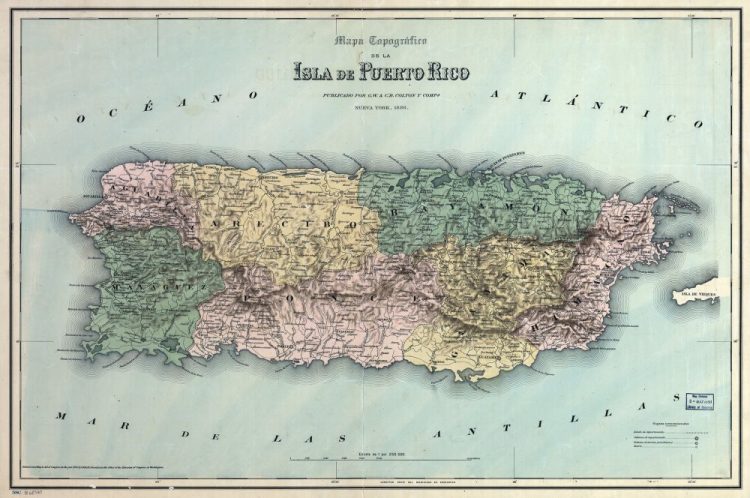 Gov. Ricardo A. Rosselló of Puerto Rico announced his resignation on Wednesday night, conceding that he could no longer credibly remain in power after an extraordinary popular uprising and looming impeachment proceedings had derailed his administration.

In a statement posted online just before midnight, Mr. Rosselló, 40, said he would step down on Aug. 2.

He said his successor for the moment would be the secretary of justice, Wanda Vázquez, a former district attorney who once headed the island’s office of women’s affairs. Ms. Vázquez was next in line under the commonwealth’s Constitution because the secretary of state, who would have succeeded Mr. Rosselló as governor, resigned last week when he also was caught up in a chat scandal that enveloped the administration.

The story has gotten swallowed by the Mueller business, but is, I think, an issue of great consequence. This started when a series of group text messages was exposed by the Center for Investigative Journalism. The messages were sexist, homophobic and mocked hurricane victims. There have also been indications of criminal activity:

Edgardo Roman Espada, president of the Puerto Rico Bar Association, said the trio of experts reported that there was evidence of five possible crimes, including illegal misuse of public office for personal gain, embezzlement, negligence as pertaining to fulfilling the duties of public office and violations of the government ethics law.

Six people, including two government officials, were recently arrested on corruption charges. Protesters have thronged the streets for days, demanding Rosselló’s resignation. Members of his administration began to resign. The legislature indicated that they now had enough votes for impeachment. So Rosselló, after spending a few days hunkering down, finally read the writing on the wall.

BREAKING: It is official. @ricardorossello will resign effective August 2. Protesters light fireworks, erupt in euphoric cheer. Here is the moment they find out their cries, fraught as they are, have been heard. That Ricky has resigned. #rickyrenuncia #PuertoRico pic.twitter.com/y3FYBidOGa

This goes deeper than the texting scandal, however. The Puerto Rican people have lost faith in the two political parties that dominate Puerto Rican politics. The response to Hurricane Marla, the ongoing fiscal and economic mismanagement, the corruption … all of this has pushed the people to the point where they are fed up.

Where we go from here … I don’t think anyone knows. But we once again find ourselves in interesting times.