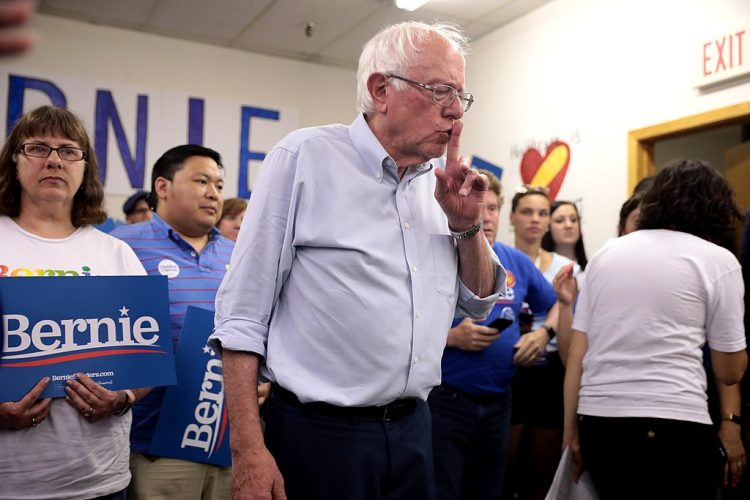 Having heralded the fact his campaign staff had unionized for the 2020 campaign, and being a proponent of a nation-wide $15-an-hour minimum wage, Senator and Democrat presidential hopeful Bernie Sanders finds himself with a Union problem.

U.S. Sen. Bernie Sanders defended his campaign’s compensation package Friday after a Washington Post story highlighted concerns among staffers that they were not receiving the $15-an-hour wages Sanders champions on the campaign trail.

“I’m very proud to be the first presidential candidate to recognize a union and negotiate a union contract,” the Vermont senator and presidential candidate told the Des Moines Register in an interview Friday. “And that contract was ratified by the employees of the campaign, and it not only provides pay of at least $15 an hour, it also provides, I think, the best health care benefits that any employer can provide for our field organizers.”

He also expressed frustration that staffers had taken their complaints to the media.

“It does bother me that people are going outside of the process and going to the media,” he said. “That is really not acceptable. It is really not what labor negotiations are about, and it’s improper.”

Sanders said field organizers, who are the lowest-ranking members of a presidential campaign and are typically in their 20s, make $36,000 a year with 100% employer-paid health care, as well as paid vacation and sick leave.

For a staffer working 40 hours a week, that comes out to about $17 an hour. But 40-hour workweeks on presidential campaigns are rare. Sanders said the campaign will limit the number of hours staffers work to 42 or 43 each week to ensure they’re making the equivalent of $15 an hour.