The New Need, Same as the Old Need 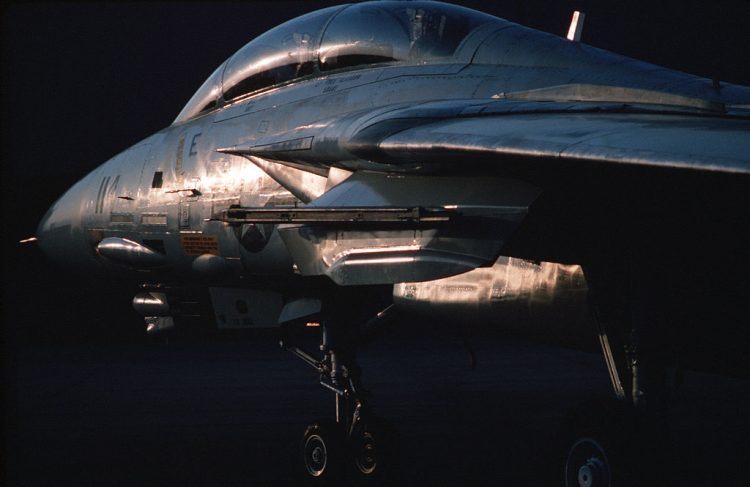 Fans at San Diego Comic-Con have come to expect surprises. This was a huge one, when Tom Cruise walked on stage and debuted the first trailer for next summer’s Top Gun: Maverick.

Maverick is back. #TopGun pic.twitter.com/8ZDeE5h6fs

When I heard that bell…

“Very early on, I found that the only beauty of a DX7 is when you have two (Yamaha) DX7’s,” explained Harold Faltermeyer of that sound on one of his signature pieces of music. “Then the TX816 came along, which had eight DX7’s in it. This was a heavenly instrument because you could slightly change parameters on each voice. You could daisy chain them. I had two of those, so the low bell sounds in Top Gun, for example, are 16 DX7’s. That’s actually a stock sound. It’s a tubular bell, just slightly detuned and tweaked. We had this extreme, fat low C. That’s how the Top Gun anthem starts.”

That’s a musician explaining. I wish I was a good enough writer to tell you how 39 year old me suddenly was 8, or 9, or however old I was the first time I saw Top Gun instantly. Just from the bell. It was visceral, it was emotional, and its something that instantly cut through a whole lot of cynical, years of grumpiness over movies, and frankly instantly washed away a rather bad day.

The trailer is amazing, especially as a fan of the original and as an aviation geek in general (don’t think I didn’t catch that long-since retired F-14 flying at the end). As promised, and as the legacy of the first movie demanded, the aerial photography is jaw-dropping. Early on, the promise was that CGI would be kept to a minimum, and it shows. The production was troubled by years of attempts to make, and seemed almost totally derailed after the suicide of original director Tony Scott. But Cruise and others wouldn’t let it go, and super producer Jerry Bruckheimer keep the hope alive till finally we are nearly there.

Being in the age of internet snark, there will be complaints. I’m sure some will find something about the plot they will immediately declare to be the end of all civilizations (There’s girls flying planes! The ages don’t match up! What happened to such and such character! Why isn’t X, Y, and Z included!) but this time I’m just going to drown them out. Movies like Top Gun hold memories because the experience of the story, the framing of the visuals, the lingering effects of the soundtrack, and the memories of just watching a movie to enjoy a movie are strong. Stronger than any plot holes, or cheesy parts, or soft core volleyball porno of the original. It was just great.

I hope this film will be great, too. It’s not that I don’t have concerns, I do, but I’m choking them down.

I don’t like theaters these days. They are too crowded, too loud, too much assault on the senses.

I’ll be there for this one. I’ll feel every bit of it. I have a need to. I want to hear that bell as loud as possible, feel the bass of the low dirty C wash over me. I want to have a stupid, mindless, utterly happy grin when it does so my kids will roll their eyes and pray I don’t embarrass them further during the film. If they play Great Balls of Fire, there is a high probability I will.

For once nothing is going to squash my mellow in the year-long wait. I didn’t know that I had a need for speed, a need to revisit that old friend I’ve seen hundreds of times before, a need to experience the feeling of being a kid again with my own children along for the ride.

But I did. The bell reminded me in a way nothing else probably would have.