Many People Agree With Me 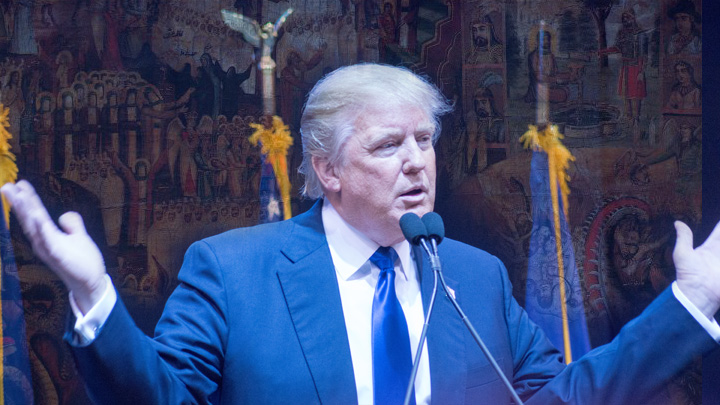 “Many people agree with me.” This was what the President had to say when asked about his latest comments related to condemnation of four freshmen senators with whom he has issues with. In my time on this Earth, I’ve learned a few things about people. As an example, when you hear one declare “many people agree with me” on whatever the subject matter is at that time, generally this person is trying to justify a statement, belief or opinion that is actually not very agreeable to the masses. Just like “many people are saying” is another red flag that most likely, few if any, are saying anything at all.

You can learn a lot about a person just by paying attention to the way they conduct themselves in an interview. If you look past the polished answers, the obvious ones that are coached before interviews begin, you’ll find out one of two things.

Either the person being interviewed is a very articulate individual who can speak beyond the bullet points, able to provide detailed, confident answers to questions being asked of him/her or you get the other. That’s the person who has handlers who cringe each time the mic is hot. The person who can turn a press conference or interview upside down by straying from the script. The person who feels the need to say “many people are saying” or “many people agree with me” to try and make a point. Most of the time it’s usually something controversial or a subject that is not being well received by the interviewers that garner this type of approach.

It shows weakness. Not confidence. If the interviewee truly believed in what he/she was saying he/she wouldn’t need to interject “many people” into his/her answers or interrupt follow up questions with the haphazardly impolite “excuse me, excuse me” to cut off the interviewer. This tactic always ratchets up the tension of any exchange to that point that the focus shifts from the original subject matter to something else entirely.

Most of the time, when using imaginary people to back up a statement, it points to being a lazy, unprepared public speaker. One that insults the intelligence of the interviewers and the listening public by using innuendo and bombastic statements instead of fact and verity to prove a point.

In my time as a public servant, speaking to constituents and the press was a regular occurrence. I learned early on that people just want the facts. Good or bad, just facts. I can say with experience that delivering bad news to the public is an extremely difficult and daunting task when faced with a room full of angry people. In the end, they almost always appreciate straightforwardness, that is after they calm down. You back up what you have to say with facts, not with “many people agree with me” or “many people are saying.” If you can’t stand behind whatever statement you are making without insinuating that there is a group of imaginary supporters out there that are right behind you, then you’ve just shown the public that you can’t take the time to inform yourself enough to be prepared for questioning and have no qualms about wasting everyone’s time.

I’ve watched politicians at all levels, along with some of the press, degenerate public speaking and the interview process into something that becomes harder to digest as time goes on. We live in a sound-bite world now. It’s not about substance; it’s about the ticker that runs on the bottom of the screen.

It’s up to you, dear reader, to ascertain the difference between fact and prevarication. Socrates once said, “People learn more on their own rather than being force-fed.” He was quoted sometime in the First Century, BC also known as Before Cable (hey, that’s what many people are saying).