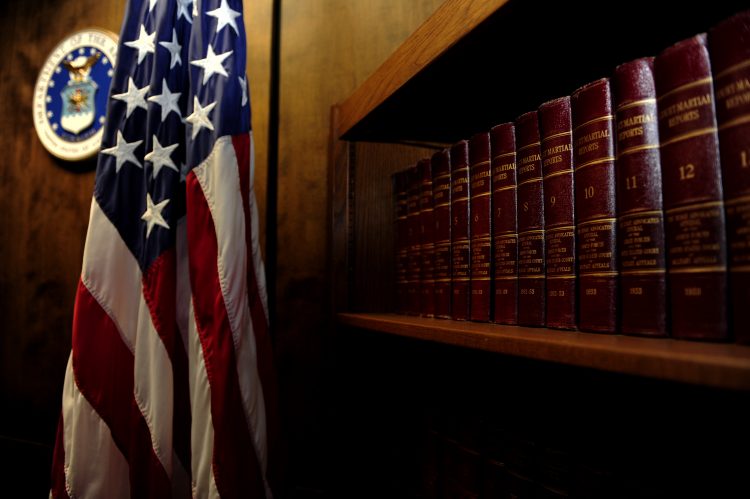 L1: We are all aware of “eminent domain”, the nefarious (to some), counterintuitive right of the government to seize private real estate for public use. One normally associates such takings with the building of roads or other infrastructure. But what many probably don’t know is that the same process can be used by the government to take one’s privately owned property and transfer it to another private entity.

Such was the case, of course, when railroads were being built in the 19th century and one’s land stood in the path of the expansion. However, so crucial were the railroads to the development and flow of commerce that the courts had no difficulty finding that the takings were for a public purpose, despite the fact that the land would be transferred to the railroad companies who would build the rails.

In the 1950s, the District of Columbia began the process of condemnation and seizure of land in the District, arguing successfully that the unsanitary slums which sat on those lands should be razed and the land sold or leased for redevelopment, for the good of the city. But included in the claimed parcels was a privately owned department store, which was not dilapidated or hazardous, and its owner was not inclined to sell. The dispute between the District and the land owner made its way to the Supreme Court in Berman v. Parker, and the District prevailed. Even though the land would likely wind up in the hands of a private party, rather than the government, the Court found that the requirement of eminent domain to be exercised for “public use” was met by the interest of the city in maintaining sanitation and safe housing. It was conceded that the department store was not part of the “blight” the government intended to cure, but the Court opined that a structure-by-structure approach was not feasible; they city could exercise its right to eminent domain over the whole of a defined area.

To be sure, the blighted area at issue in Berman as described was a health hazard; there was no plumbing, a lack of heating and electricity, and structures which were themselves beyond repair. One could reasonably understand the public good accomplished by the scheme. But what about the taking of perfectly livable, even impeccably kept private residences, for the purposes of selling the land to private entities, so that they may erect their private businesses? 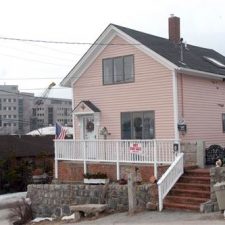 Such was the case in Kelo v. City of New London, our case of the week. Susette Kelo, owner of what came to be known as “the little pink house”, was one of a group of property owners in the city in south eastern Connecticut, whose land sat in the way of a large-scale plan to revitalize the floundering municipality. The city planned to make way for the development not of roadways, infrastructure improvements, or safe housing, but of shops, office space, parking lots, and recreation areas. Moreover, pharmaceutical corporation Pfizer had announced its intention to build a large research facility adjacent to the area the city wished to acquire. The 90 acre area would be sold or leased to private entities for the purpose of developing these commercial projects, and, the plaintiffs argued, to benefit Pfizer itself. Kelo and several others refused to sell, and argued that the taking of their property only to transfer it to another private entity for that entity’s economic gain was not for public use, and thus an unconstitutional taking under the Fifth Amendment and an improper exercise of eminent domain.

SCOTUS heard the Kelo case in 2000. In the analysis of the issues in this case the Court-and the parties-looked to Berman and the 1984 case of Hawaii Housing Authority v. Midkiff. In Midkiff, the Housing Authority sought to take the private property of certain citizens for the purpose of rectifying a concentration of land ownership among a very small percentage of owners. Under Hawaii’s “Land Reform Act”, the state would pay these landowners for their property and then sell it to other individuals to spread out land ownership. Naturally, the landowners were not pleased and challenged the takings. But the Court reasoned that mitigating the harm caused by the “social and economic evils” of a land oligopoly constituted a public use, and satisfied the “rational basis” test governing eminent domain. (“Rational basis” is the lowest standard of scrutiny applied by the courts to challenges to government action, in which the government need only show the action is rationally related to the accomplishment of a legitimate government purpose.)

In Kelo, the petitioners argued that the intended use of their land by the government was not for public use but for private business enterprise, but the Court rejected the argument, opining that no literal public usage was necessary; a public benefit would suffice. In New London’s case, the elaborate development plan was intended to revitalize the city’s depressed economy by bringing new business and attracting visitors.

The Court averred its preference for broadly interpreting “public purpose”. But it is hard under this analysis to imagine a stated purpose that could not be fitted into this nebulous rubric, especially considering the Court’s stated deference to state and local government’s judgment of what will bring about economic improvement.

Kelo was a 5-4 decision. The majority opinion was written by Justice Stevens, joined by Kennedy, Souter, Ginsburg and Breyer. Kennedy penned a separate concurrence, in which he suggested there may arise “public purpose” disputes in which the standard of scrutiny applied should be higher than rational basis, though he declined to give any examples.

Justice O’Connor authored a dissent, joined by Scalia and Rehnquist, in which she voiced her concern about the open door to pre-textual justifications for transferring property from one individual to another by force of the government:

It was possible after Berman and Midkiff to imagine unconstitutional transfers from A to B. Those decisions endorsed government intervention when private property use had veered to such an extreme that the public was suffering as a consequence. Today nearly all real property is susceptible to condemnation on the Court’s theory. In the prescient words of a dissenter from the infamous decision in Poletown, “[n]ow that we have authorized local legislative bodies to decide that a different commercial or industrial use of property will produce greater public benefits than its present use, no homeowner’s, merchant’s or manufacturer’s property, however productive or valuable to its owner, is immune from condemnation for the benefit of other private interests that will put it to a ‘higher’ use.”

Finally, Justice Thomas wrote his own dissent, which largely echoed O’Connor’s: “If such “economic development” takings are for a “public use,” any taking is, and the Court has erased the Public Use Clause from our Constitution…”, he wrote. But, as Thomas is wont to do, he analyzed at length his interpretation of the original meaning of the takings clause of the Fifth Amendment. His textualist analysis concluded that “public use” was a literal use, not intending to apply merely to a benefit. In support of his reading, he points out the use elsewhere in the constitution of the phrase “general welfare”, which does indeed seem to convey a meaning more akin to the interpretation adopted by the majority.

A film about Susette Kelo and the other plaintiffs from New London starring Catherine Keener was released in 2018:

In the end, the property owners lost their land, the Pfizer facility closed in 2010, and the sprawling development that was the impetus for taking the plaintiff’s land was never built. The area remains a vacant lot.

L2: You may remember Len Kachinsky from the documentary “Making a Murderer”, as the (shamefully inept) lawyer for the younger of two accused killers, Brendan Dassey. But his atrocious and at times horrifying actions toward a female employee during his stint as a municipal court judge are truly worthy of infamy. The cat thing is bizarre, but much of what he did is far from humorous.

L3: I’ve known from the beginning I was not cut out for big law- the story of a Sidley Austin partner’s breakdown and suicide due to the stress of his job is a nightmare that no salary is worth.

L4: The Fourth Circuit issued an important decision regarding gag orders on police misconduct settlements. The Court found that a “non-disparagement” clause in the settlement agreement was against public interest and non-enforceable.

L5: The Thomas M. Cooley School of Law-where people who cannot get into law school go to law school-thinks that a lawyer shortage is imminent.

L7: In other Trump news, he has decided that he, unlike the rest of us, is “not beholden to the Courts“.

L8: Paul Harrison is a well-known author in the true crime community, for his work with the FBI profiling unit and his interviews with several high-profile serial killers… but he lied about all of it.

L9: Needing to carry home a large, inflatable wading pool, an Illinois mom adapted and overcame- and endangered her children and was arrested- when she let her children ride in the pool on top of her car “to hold it down.” Congrats to our dumb criminal of the week.

** I’m going on a much-anticipated and sorely needed vacation to the beach next week, so Andrew Donaldson will take over for a special “IANAL” version of Wednesday Writs!”**