How Protests Happen, What They Do 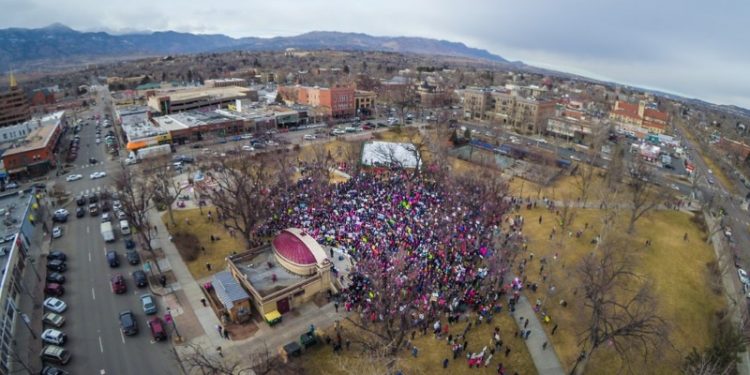 The recent events in Hong Kong, the evident influence of earlier protest movements in the United States and abroad, and the apparent reluctance of many American elected officials to push back against the illiberal excesses of President Trump and his administration make it a good time to review some empirical evidence on protest participation and the results of protest movements.

The lines that would separate the different phenomena of  “protest”, “rallies”, and other varieties of political engagement can be difficult to draw precisely.  A good taxonomy of protest forms would need to make distinctions between expressions that aim to influence policy-makers, for example, the marches in Hong Kong that have expressed discontent about the proposed law, and actions like direct action or nonviolent resistance, that aim to directly implement change or disrupt the implementation of existing policy outside of formal political channels.

In many cases, this type of direct action is temporary and designed to rally support for change within the political system. The recent disruption of activities at an ICE detention center in New Jersey is an example of this hybrid case – direct action with the aim of inspiring change within the political system –would be. Activists who disrupted the operation of this facility were arrested quickly, but the disruption has attracted attention to the ongoing abuses inside the ICE detention system.

The postwar Civil Rights movement in the United States is a benchmark against which other movements are measured. This movement led directly to the 1964 Civil Rights Act, the 1965 Voting Rights Act and Elementary and Secondary Education Act, and the 1968 Fair Housing Act1 This movement is distinguished by its effective implementation of determined non-violent resistance, often in the face of violent responses from reactionary groups.  This movement also highlights what at times can be a complex relationship between protesters and formal political authorities.  A striking and under-appreciated example of this complexity is the high-quality sound-system arranged by Bayard Rustin for Martin Luther King’s “I have a dream” speech during the 1963 March on Washington.  Rustin was aware of the power that the speech would have, and arranged at great expense for high-quality amplification.  When the equipment was sabotaged the night before, the intervention of Attorney General Robert F. Kennedy led the Army Corps of Engineers to fix the broken equipment in time for the event2.

Scientifically valid estimates of the impact of protest on political outcomes can be difficult because just observing that a protest is followed by the protesters’ desired outcome does not necessarily mean that the protest actually caused the outcome.  A large march in favor of a particular policy and the subsequent implementation of that policy may merely reflect the underlying popularity of the policy and not any impact from the protest itself.

But recent research by Madestam et al, published in the Quarterly Journal of Economics, suggests that the protests per se do have an important effect on elections and on policy. These authors use the impact that rain had on attendance at Tea Party protests in 2009 to show that higher protest participation led to more Republican votes and subsequently led elected officials to vote in closer alignment with Tea Party objectives.  The impact of rainfall creates a nice estimation strategy; the measured impact of protest participation in this research more clearly reflects the actual impact of the protest and not just a reflection of some underlying factors driving both protests and election results.  These authors’ results demonstrate a substantial multiplier effect – each additional protester at the 2009 Tax Day protests appears to have generated between 7 and 14 additional Republican voters in the 2010 midterm elections.

In spite of the potential impact that protest can have on outcomes, and in spite of what seems to be a sluggish reaction to the formal political system to outrageous illiberal excesses, for example the treatment of refugee infants and children who are in Federal custody, there are a number of barriers that can keep people from protesting in situations where this form of political engagement may lead to desired outcomes.  Chenoweth’s work highlights the negative role that violence can play in protest movements since the employment of violent means narrows the set of people who will be willing to engage in pursuit of desired ends.

In general, protest participation – like any form of political action – is vulnerable to “free rider” problems.  Mancur Olson and Elinor Ostrom have highlighted the barriers that this free rider problem can pose for collective action; it is almost by definition hard to exclude people from enjoying the benefits of political and protest actions that make society a better place.  To use the language of economics, this “non-excludability” of the benefits of protest means that we may see less protest than would be optimal.

Another more subtle barrier to engagement with protest, and potentially a barrier to civic participation more generally, may be the increasing time-intensity of raising children, particularly in the families who are caught up in what Ramey and Ramey have referred to as the college “rat race”.  These authors documented in 2010 a change around 1995 in households’ time use, particularly pronounced among households with college-educated heads.  Around 1995 there is a marked decline in the reported availability of leisure time, accounted for by an uptick in the amount of time spent at work and a sharp increase in time invested with their children.  This uptick is an entirely understandable response to the incentives that households face – intensifying competition to get children onto (and keep them on) the ladders for upward mobility3.

But given the compelling evidence of the change that peaceful protest can bring, and the sluggish response of the formal political system to ongoing illiberal outrages, it is the opinion of this economist that it may be time to arrange for some childcare and get out and raise our voices.