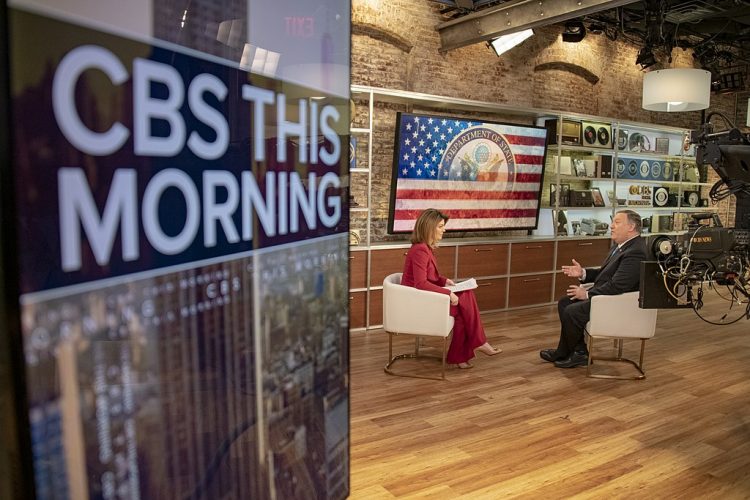 Tonight at 6:30pm EST, Norah O’Donnell will take the desk at CBS Evening News. The sign of the times isn’t so much that the seat once held by Cronkite is changing hands yet again, but that in the media roll-out CBS feels the need to explain why the traditional evening news format matters at all.

Despite the decline in influence and viewership, the three evening newscasts are still watched by 23 million viewers every night. Though many of those viewers are older, and it’s unlikely younger viewers will eventually establish the habit of tuning in to a half-hour of curated news at 6:30 in the evening. News divisions have responded to the tectonic shifts in viewer habits with on-demand and digital services; the CBS Evening News streams on CBSN every night at 10 p.m. ET/7 p.m. PT.

“We’re in the first tank as the army moves into the future,” says Zirinsky. “We really believe the Evening News is a very important broadcast, and not only from a legacy perspective.”
And the cacophonous, 24-7 news cycle — much of dominated by opinion journalism — actually gives the CBS Evening News a mission statement, asserts Zirinsky.

“I don’t feel obligated to touch every story. Norah’s focus and Kim’s focus is going to be: what can we add in value to a story you may already know about? If a story has impact and it’s been up since 7 or 8 a.m., how do we tell you something you don’t know? That’s the critical thought. Our goal is strong journalism, impactful journalism, breaking news, investigations that spur Congress to hold hearings.

“We see what we do as a calling,” adds Zirinsky. “In this day and age there are very few people who are able to deliver a trustworthy broadcast without point of view. That’s who we want to be.”

All due respect to CBS News president Susan Zirinsky, and the redoubtable O’Donnell who is a respected pro and will be fine in the role, but that last bit is nonsense. People intuitively know it’s humanly impossible be “without point of view.” You can be fair, you can go out of your way to be open-minded, but as long as human beings with functional brain activity are in charge of it everything they do will have inherent biases in it. Just embrace it, or at least don’t make a to-do that you are a superior lifeform unencumbered with such mortal constraints.

The thing is, most folks don’t care. They really don’t. People in this day and age are just as likely to hate-watch as support-watch. But what will turn people off is shining them on that there is no POV intended, even if you are trying to tilt at the “bias-free” windmill on purpose. Such thinking is also against the grain of how the rest of society is going, especially in media where people are not only asking for but demanding strong coverage. Viewers who seek information over affirmation are going to seek regardless, those whot want to be the choir preached to will seek that, and no amount of marketing will changed the learned behavior of a public with options seeking out exactly what they want. You can cater and pander to it, or rail against it, but it is foolish to pretend it isn’t so.

The national evening news broadcasts still pull respectable numbers (CBS lags in third with 6 million of the 23 million that tune it every evening) but that audience is rapidly aging. There is a very real sense that its time has passed it by, and like newspapers it has become an outdated way to get news in a world that by 6:30pm has been hashing out the stories all day already on social media. There are still very good papers around, having adapted and overcame, and if the evening news is going to be around for another round of anchor changes, then they will need to do the same. CBS even knows this, having had it’s own streaming online news channel since 2014, that will replay the CBS Evening News among its 24/7 coverage.

If they don’t adapt, for CBS Evening News it will be goodnight in more ways than just a catchphrase sign-off. Good luck.