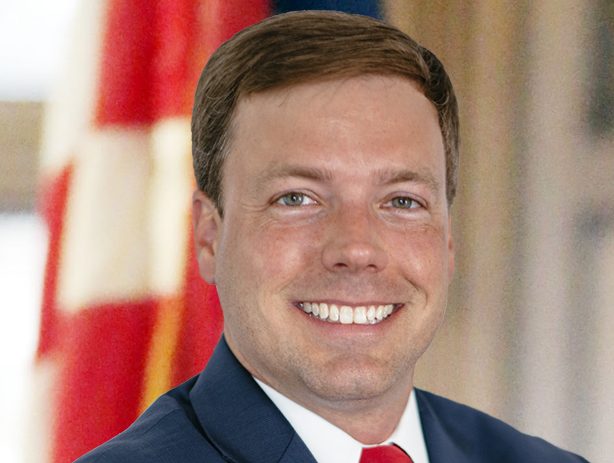 Some stories just defy logic in their silliness. Not silly in the applications we take from them — which can be profitable — but silly that they happened in the first place.

I couldn’t help it, the musical chemistry of the late Conway Twitty and the still formidable Loretta Lynn batting lyrics such as “See the alligators all a waitin’ nearby, Sooner or later they know I’m gonna try” back and forth in my own head. That country classic about a man and woman separated by the Mighty Mississip’ was at least humorous and catchy. This is just sad. Apparently, even that formidable body of water might not be enough separation for Robert Foster.

A Republican running for governor in Mississippi denied a female reporter’s request to accompany him on a campaign trip unless she brought along a male colleague, insisting Wednesday that he did so because he “just wanted to keep things professional.”

The reporter, Larrison Campbell, wrote in Mississippi Today on Tuesday that the paper had asked to shadow each gubernatorial candidate seeking the GOP nomination “in an attempt to better inform readers.” While two of the candidates agreed, state Rep. Robert Foster declined, explaining on a Mississippi talk radio show Wednesday that having a female reporter with him could create “an awkward situation.”

Actually, lets just listen to the principles themselves on this one:

“What you’re saying here is a woman is a sexual object first and a reporter second.”

Reporter Larrison Campbell responds in real time to Mississippi State Rep. Robert Foster, who denied her request to accompany him on a campaign trip unless she brought a male colleague. pic.twitter.com/jVqNZvIbsS

Let us pause for a moment to point out that, just in case you think that cringe-worthy “my truck, my rules” was accidental, a slip of the tongue, or just a charming attempt at macho colloquialism, by the next day…

Campbell questioned why the “onus” is on her to bring someone with her for the interview in order to make Foster more comfortable.

“Why is it my responsibility to make you feel comfortable about something that — you know, that again as your campaign director said on the phone with me — is this weird request that you have?” she said.

“Let’s go back to the ‘appearance of impropriety’ thing. Why does it appear improper for a man to be with a woman? I mean, why wouldn’t a gay affair be construed if he were with a man? Unless, at the end of the day, what you’re saying here is a woman is a sexual object first and a reporter second,” Campbell later added.

“I’m a married man and I made a vow to my wife, and part of the agreement that we’ve also made throughout our marriage is that we would not be alone with someone of the opposite sex throughout our marriage, and that is a vow that I have with my wife,” he said, adding that he puts it above “anyone else’s feelings, including yours.”

This same narrative has been hashed out with Vice President Mike Pence, who has a similar rule, but at least he wasn’t working up merch over it. Foster referenced both the VP and the late evangelist Billy Graham, and indeed among evangelicals and particularly ministers such a policy has been named the “Billy Graham Rule.”

Foster has the right to believe whatever he wants. He has a right to have whatever kind of marriage him and his wife mutually agree and consent to. He has a right to decide not to be alone with a member of the opposite sex if he worries about the “perception” of it, as he endlessly has been repeating.

But anything past having those rights is a him problem.

It is not the world’s place or responsibility to enforce Robert Foster’s self-imposed beliefs. It is Robert Foster’s problem if he wants to have someone else around when the opposite sex is present. Which he could do. Easily. Quietly. Without fuss. He can say “My Truck, my rules” all he likes, but he is running for Governor of the great State of Mississippi, which is decidedly not his. But see, to the Robert Fosters of the world, the fuss is the point. Is the man sincere about how he upholds his wedding vows? I have no idea. I hope so. But since he is running for public office, I’m not judging him on his wedding vows, I’m judging him on his projected aptitude of the office he seeks. So I take in things like this when contemplating “le affair de Bob’s truck rules:”

As I anticipated, the liberal left lost their minds over the fact I choose not to be alone with another woman. They can’t believe, that even in 2019, someone still values their relationship with their wife and upholds their Christian Faith. #msgov #mselex

He gives the game away. If he anticipated it, it’s a short scoot across the truck seat to planning it. You start working up merch, and your benefit of the doubt with me goes out the window. I grow utterly weary both as a writer and commentator, but especially as someone who has his own complicated and messy journey with faith, with this insistence of people like Robert Foster to use their faith as a shield from all criticism while he insists on poking everything in front of them with it at the same time. This passive-aggressive victimhood just wears. No one questioned Foster’s relationship with his wife.  That’s the weapon he drew out to defend his poor — or perhaps purposeful — handling of a simple request from a reporter. I hate to break it to Team Foster, who apparently consists of two people who cannot coordinate very well by their own excuse to this mess, but sitting governors get a whole heaping bunch of reporter request. Of the thousands of professing Christians serving in public offices of all kinds, it should be telling of Foster that he can sight only two others in his defense, and one of them is a dead preacher, not an officeholder.

Robert Foster either a) botched this badly or b) did it on purpose to draw attention to his long-shot campaign. Either way, he probably has no business being governor of a state either by temperament or decision-making ability.

Don’t like me judging? Don’t like me questioning his use of faith as a shield while he uses his political aspirations as a sword to stab from behind it?

My piece, my rules.

Maybe I should hashtag that and have get some t-shirts made up.

See how that works?

Anyway, back to Conway and Loretta…