The Case for Keeping Jeffrey Epstein Behind Bars 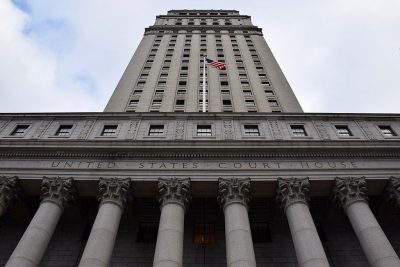 The horrid tale of Jeffrey Epstein’s many years of allegedly sexually abusing young girls and allegedly procuring them for his friends to abuse is unfolding in the news, following his indictment and arrest by federal prosecutors in the Southern District of New York. He has been in custody since his arrest two days ago. A bail hearing was scheduled before a federal magistrate judge today, but was continued until Thursday for ruling. Prior to today’s hearing, prosecutors prepared and submitted their memorandum to the court outlining the factual basis for their objections to his release.

Of course, the purpose of bail is to secure the appearance of a defendant in court, not to punish. To determine a defendant’s risk of flight and danger to the community, the Bail Reform Act sets forth the specific factors to be considered when bail is requested, and it seems the feds have a pretty good case on all four. These factors are (paraphrased): 1)the seriousness of the charged conduct; 2)the strength of the evidence against the accused; 3)the defendant’s history and character as well as financial resources; and 4) danger posed by the defendant’s release. Bail is to be denied if the Court finds that “no condition or combination of conditions will reasonably assure the appearance of the person as required, and the safety of the community.” As a further hurdle for Epstein, when a child victim is involved, there is a presumption that no such conditions are available.

The DOJ addressed each of these factors in turn. Setting forth the seriousness of the crimes charged was fairly easy. The government points out that the alleged conduct spanned several years and involved dozens of child victims. Furthermore, Epstein, age 66, faces decades if convicted, a factor the Court has cited previously in bail decisions as weighing on the side of risk of flight.

In laying out its case for the strength of the evidence, the DOJ sets forth some rather disturbing details. In addition to the testimony of multiple victims, which the government describes as “detailed, credible, and corroborated”, the filing reveals the discovery of voluminous evidence at Epstein’s home, including “an extraordinary volume of photographs” of young women and girls in various states of undress, as well as the names, contact information, and records of calls to some of the victims. According to the government, the strength of this evidence, the seriousness of the charges, and the lengthy prison sentence attached, “create an extraordinary incentive to flee.”

In discussing the character and history of Epstein, the prosecution has a treasure trove of facts in their favor. Besides the obvious fact of his status as a registered sex offender due to his conviction in Florida, the filing points out the extensive means available, should Epstein decide to flee. He has six residences, including one in France, with the primary home being his private island in the US Virgin Islands, where supervision would be difficult. Further, home confinement “would merely reduce his head start, should he decide to flee,” which he could do in secret upon one of the two private jets he uses. And, unlike most defendants, the threat of losing any bail money to forfeit, should he abscond, would be meaningless to Epstein.

Furthermore, feds claim that Epstein is a danger to the community, citing “credible evidence” of him harassing and trying to intimidate witnesses, including an incident in which his private investigators nearly ran the father of a witness off the road during the investigation in Florida. And, citing the many photos of nude or nearly nude possibly underage girls found in his mansion this past weekend, prosecutors warn that Epstein “is not reformed, is not chastened, is not repentant; rather, he is a continuing danger to the community, and an individual who faces devastating evidence supporting deeply serious charges.”

Though the bail hearing was continued and Epstein remains jailed, there was some argument in court today, giving some indication where the defense may go. Epstein’s lawyer, Reid Weingarten, pointed out that the indicted conduct occurred between 2002 and 2005, and that at least two of the victims were from Florida. Thus, the attorney said, the indictment is merely an attempt at a “re-do” prosecution of the 2008 Florida case. Weingarten also claimed his client believed the plea deal he took in that matter was “global” and resolved all allegations. But the prosecution argues that the Southern District of New York is not bound by that agreement, which was a plea to state charges, not federal.

Epstein was arraigned and pleaded not guilty and will return before the Magistrate on the 11th for further proceedings on bail, and again on the 15th before the judge handling the case in chief. An 800 number has been set up for information and for anyone who believes he or she was a victim of Epstein’s. According to CNN, several individuals have come forward with allegations over the last few days.

For now, Epstein remains jailed, the disgusting saga continues, and we wait to see which powerful elites may be brought down with him.