Democratic Presidential Candidates: To Whom Should We Extend Your Compassion? 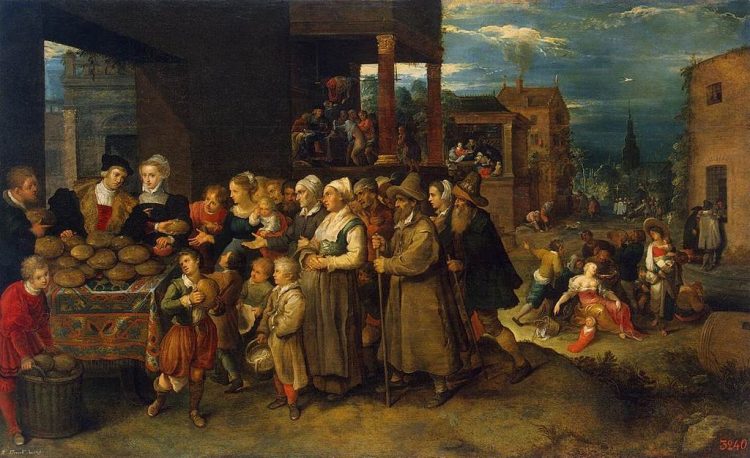 I am in China now. Most of my traditonal ways of getting news are blocked. Even though it would be trivial for me to use a VPN to circumvent the block, I haven’t been doing so.

Nevertheless, I understand the Democratic debates that have been going on thanks to Ordinary-times.com being allowed here alongside NPR.org.

As newly-minted, likely Democratic-primary voter visiting China, I have a question that I would guess has not been addressed in the debates:

How much am I supposed to care about others?

Unless something has changed since I left, Democratic candidates love to talk about how much compassion they have for others. They see government as a way of delivering this compassion, and I come to agree with that general notion at least some of the time.

What I don’t agree with are the precise bounds that are drawn.

When I was a libertarian, I didn’t have this problem. How do we make sure that a country full of people get food to eat? We let everyone get their own food. There are dangers in trying to identify smart people whose job it is to make sure millions of people get fed in the proper way. It’s much better to just leave responsibility at the individual level and let people eat when they are hungry.

While I still find the basic logic of this idea appealing, I’m now a bit more aware that not absolutely everyone is capable of taking care of such things for themselves. Even if the process works for 999 out of a thousand, that last person still needs to eat, whether it is their own fault or someone else’s.

Usually we are talking about college and health care rather than food, but the dilemma stays the same.

These are not the things I normally think about though when I think about the suffering of others. For example, I want to know what to do about this:

First he shimmies under coils of barbed wire, which police put up around the perimeter of the mountain two years ago, after the landslide deaths, to keep people like Rahim out. Then he fords a fetid creek that circles around part of the trash heap like a moat. Previously, he’d dropped cement slabs into the water as stepping stones. He gingerly checks to see if they’ll still hold his weight. He doesn’t want to fall into this inky water, he says.

Rahim says his hands get cut, and his back gets scraped by the barbed wire. He gets shots regularly, to ward off infection.

Sometimes his 8-year-old daughter Chandini comes with him.

The catch, if you didn’t guess or check the link is that this is not in the United States. Rahim earns about two dollars per day, which despite the swarms rushing down to the comments right now to claim that it is plenty enough to raise a family with four children in India thanks to their cost-of-living corrections, isn’t actually enough. Of course his daughter will and perhaps even should help given their family’s situation.

There are many people in such situations. There numbers are reducing, thanks to economic development. (Thank you, late stage capitalism!) Nevertheless, it is there, and it occupies more of my attention than paying off student loans does even though student loans are also difficult to live with.

This isn’t to say I don’t understand. I get that countries are political units organized to advance their own interests. I would expect them to only ally with others only when it serves those interests. And that in fact seems to be what we observe countries do. It would be ridiculous to expect otherwise, and I do not.

But I am not a country. Personally, I don’t see why I should internalize a sharp distinction between citizens and non-citizens. The distinction seems even more arbitrary given that the Democratic Party seems to be more open to extending its compassion to non-citizen residents and asylum seekers. Why is Rahim’s case less worthy of consideration? Because he didn’t make it to the border? If I am being asked to use my heart to care for other people, it’s not reasonable to ask me to get passionate through supporting policies that benefit key demographics among Democratic primary voters, soon to be replaced with policies that benefit key demographics among swing state voters, and then replaced with policies that benefit whoever the candidate actually wanted to benefit all along.

This isn’t to say that I need a Democratic candidate to support a worldwide $15 per hour wage though I am sure some would go ahead and suggest that as the answer. What I do expect and need is for candidates to not go out of their way to promise to hurt workers in other countries, especially when the costs of doing so are ultimately born by American consumers anyway.

I would like the candidates in the Democratic Party to answer for me whether they support factories being built in countries like India where they might employ workers like Rahim in better conditions than what he deals with now and perhaps sell goods to Americans who are willing to buy them (only those Americans who really want to and choose accordingly!). Or will they lambaste the companies for not building the factories in the United States instead?

I suppose I should admit it’s not much of a question and more an accusation. Compassion that hurts the world’s poorest is worse than none at all.

There are good and reasonable questions to ask about how to handle trade disputes with China, particularly with respect to intellectual property. However, those candidates who opposed the Trans Pacific Partnership, including Trump, Bernie Sanders, and Elizabeth Warren, cannot credibly claim that is their concern when they helped rob the United States of its single best chance at building a supply chain alternative to China.

A majority of Democrats and a majority of the country supports free trade. It would be a tragedy if Trump’s doctrine takes root and is cemented in the Democratic Party.