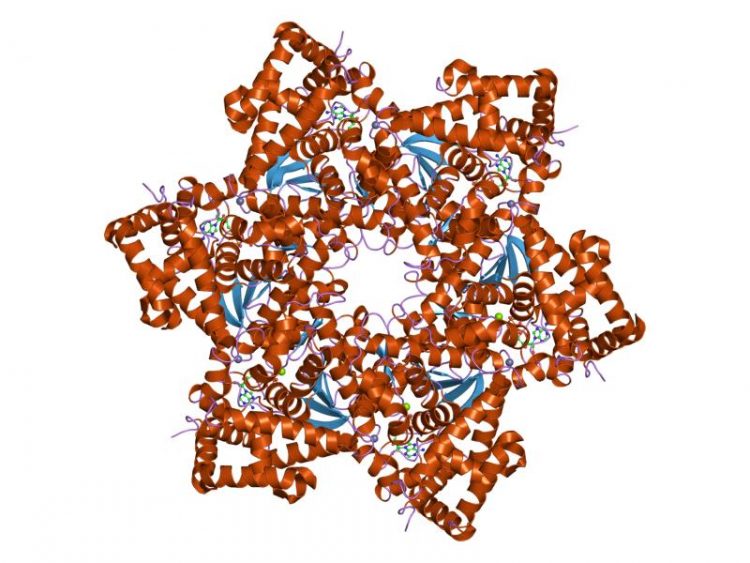 Cartoon representation of the molecular structure of protein registered with 1svm code.

[ThT1] My daughter just got the second HPV injection. I’m very glad she got it. Because new research is showing that the results of mass HPV vaccination are stunning. A meta-study of 66 million young people is showing dramatic reductions in HPV infection rates. The effect is so stark, even unvaccinated men and older women are showing the effects because they are less likely to come in contact with infected partners. It’s too soon to see how well this translates into cancer prevention. But there’s every reason to believe that we will see a similar reduction. You can now add HPV and (most likely) cervical cancer to the list of diseases we’re putting on the ropes.

[ThTh2] The headline is a bit brusque: why didn’t plants at Chernobyl die from cancer? But the article is a really interesting look at the difference between plant and animal biology and how they deal with things on a cellular level.

[ThTh3] For a long time, we thought humans inherited their mitochondria — the little things that power our cells — only from our mothers. Indeed, mitochondria have their own DNA and tracing mitochondrial DNA has been a big thing. But our assumptions may not be entirely correct. We can get some mitochondria from our fathers.

[ThTh4] Lots of cool images coming out from this week’s eclipse in South America. Here is my current favorite. And remember, we will have another eclipse in North America in 2024. See you all in Texas!

Fantastic! This is yesterday's solar eclipse as seen from lunar orbit by a small camera on a tiny 45 kg satellite. pic.twitter.com/pdDOmAH72a

[ThTh5] Who’s up for a Oumuamua update? I’m always up for an update. Last time, I expressed skepticism at the idea that it was a rogue alien solar sail. Now, some papers are coming out that are a bit more rigorous in their skepticism.

[ThTh6] This has happened to me. More than once. In her defense, I think she was probably just nervous. So I post it more for amusement than mocking.

[ThTh7] I mentioned intra-uterine surgery for spina bifida last time. Here’s how one of the recipients is doing.

The perfection of the Harmonic motion traced by the sand pendulum pic.twitter.com/hU1oNsWfiX