[To the tune of pretty woman]: 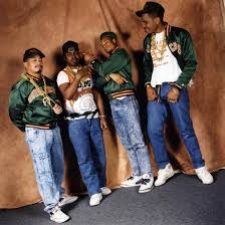 Penned by Luther Campbell in 1989, these were the vaunted lyrics of 2 Live Crew’s version of Roy Orbison’s iconic “Pretty Woman”- with an obvious twist. Campbell and the Crew sought official permission from Acuff-Rose Music, Inc., the owner of Orbison’s song, but they were turned down.  The group, famous for their raunchy lyrics, “Me So Horny”, and being officially labeled “obscene” by Broward County, Florida’s circuit court, recorded their parody anyway.  Acuff-Rose filed suit for copyright infringement a year later, after over 250,000 copies of the song were sold. The plaintiffs argued that there could be no “fair use” where unauthorized parody resulted in monetary gain. The federal District Court for the Middle District of Tennessee, the first court to hear the suit, tossed it out, agreeing with the Crew that monetary gain was not the deciding factor in fair use. Further, the rappers argued, their song was unlikely to negatively impact the market for Orbison’s version. In other words, the folks interested in the classic standard were probably not likely to purchase the 2 Live Crew version instead.

The Sixth Circuit Court of Appeals reversed and remanded, agreeing the song was parody but ruling that the District Court failed to place enough weight on the commercial value of the work. The Crew appealed, in Luther Campbell v. Acuff-Rose Music, Inc., our case of the week.

At the outset, the Court found that the 2 Live Crew song was undoubtedly a violation of copyright unless it fell under the “fair use through parody” exception:

“§ 107. Limitations on exclusive rights: Fair use

“Notwithstanding the provisions of sections 106 and 106A, the fair use of a copyrighted work, including such use by reproduction in copies or phonorecords or by any other means specified by that section, for purposes such as criticism, comment, news reporting, teaching (including multiple copies for classroom use), scholarship, or research, is not an infringement of copyright.

Justice Souter, writing for a unanimous Court, opined that the Crew’s version was inherently critical of Orbison’s:

2 Live Crew juxtaposes the romantic musings of a man whose fantasy comes true, with degrading taunts, a bawdy demand for sex, and a sigh of relief from paternal responsibility. / The later words can be taken as a comment on the naivete of the original of an earlier day, as a rejection of its sentiment that ignores the ugliness of street life and the debasement that it signifies. It is this joinder of reference and ridicule that marks off the author’s choice of parody from the other types of comment and criticism that traditionally have had a claim to fair use protection as transformative works.

The Court went on to say the Court of Appeals erred in its holding that the commercial use of a work was the deciding factor against parody being fair use, stating that it is but one factor to be considered. The difference between parody and, say, ripping off a melody or riff (see: Vanilla Ice’s “Ice, Ice Baby” and Queen/David Bowie’s “Under Pressure”, a dispute settled out of court) is that one is, per the Court, “to avoid the drudgery in working up something fresh”, versus an intent to transform a specific work in a humorous or critical way. Acuff-Rose also argued that because the Crew sought permission and was denied, they must not have intended fair use, but the Court attributed their action to good faith courtesy, not an acknowledgment that such was required. Fair use is fair use, and permission would have been superfluous.

In the end, the 1994 decision by the Supreme Court in 2 Live Crew’s favor was a significant one, recognizing once and for all that parody is fair use. While this would seem to be good news for the king of parodies, Weird Al Yankovich, Al has a personal policy of never creating a parody without the blessing of the original artist. In fact, being parodied by Weird Al has become something of an honor to musicians, proof positive that they’ve hit the big time.

L2: Last year Florida restored the right of felons to vote; this year, they yanked that right back for those with outstanding fines or court costs. A federal judge will hear the resulting lawsuit filed by several of those affected.

L3: On the issue of partisan gerrymandering, SCOTUS punted last week – a maneuver the Court seems to do a lot of these days on hot-button issues.

L4: It remains to be seen if they do so on this challenge to the President’s actions on DACA, which the Court has agreed to hear.

L5: Two judges attending a judicial conference go out barhopping and end up in the parking lot of a White Castle. One of them gets into a fist fight with two other men and both judges get shot. This is not a weird joke, this is a true story… and one of the judges is now indicted.

L6: And then there’s this judge, in the running for racking up a record number of ethics violations.

L7: And if you’ve had enough of bad judges and their, uh, ill-advised comments on rape cases, you won’t want to read this.

L8: Enough about judges. Here’s some shameful lawyering: There are bad arguments, and then there is suggesting that it may never rain in Cincinnati again.

L9: In addition to our case of the week, here are seven other times music changed the law.

Until next week, I leave you with my personal favorite Weird Al parody: