Looks Like Rain: Cloudbursts, Pittsburgh, and the Grateful Dead 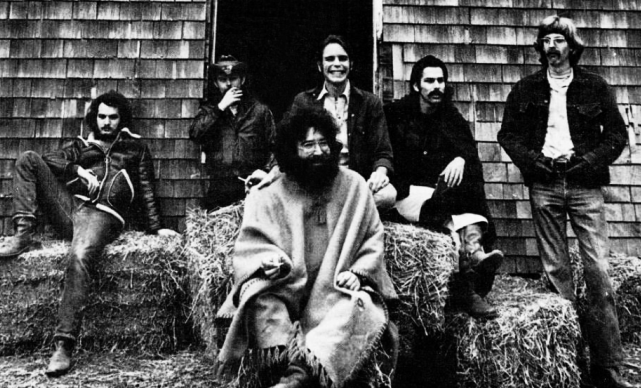 I turned 50 in February. Some see that number as lamentable, but not me. Even though I know the AARP Card will find its way to my mailbox sooner than later now I don’t dread 50, I actually embrace it. Knowing that I have now most likely lived over half my life, I have been reflecting on the days gone by more frequently as of late. The highs, the lows, and all the experiences in between.

Sunday was an anniversary of sorts. Nothing earth shattering but memorable nonetheless.

Twenty-four years ago, my wife and I (who ALSO turned 50 in February) prepared for the Grateful Dead’s 1995 Summer East Coast Tour stop at Pittsburgh, PA’s Three Rivers Stadium. It would be our fourth show; not an epic show count by any means as I’m sure some Deadheads will point out, but we had our own little history with the band. It started in the summer 1992 when we worked security for back-to-back Dead Events at Star Lake Amphitheater. That experience was mixed, to say the least.

The music was great.

The fans? Not so much.

I can remember the night of the last show, walking back to my truck. The supervisors told us to take off or turn our “Security” shirts inside-out to avoid confrontations in the parking lot. I didn’t for many reasons. As I was nearing the truck 6 guys were coming right towards me. So I started sizing them up — who would I hit first, or do I try to avoid them somehow? Well that second came and went and the next thing I know we were face to face. They saw my shirt and…immediately apologized for the “young ones” as they didn’t reflect what it meant to be a Deadhead. I ended up talking to these guys for a half hour, and met a few more Deadheads while conversing with them. That experience changed everything for me about the band and their followers in a very positive way. The next time we saw The Dead was in 1994 at Buckeye Lake in Ohio, but as fans this time. The whole experience was a great time. Lots of funny stories came from that day, like getting lost in the parking lot/hayfield for two hours after the show. When we finally made it home, we were already excited for the 1995 tour, hearing the rumor that it was coming through Pittsburgh this time.

On June 30th, 1995 Pittsburgh was extremely hot and humid. Not really conducive to a massive outdoor event by any means, but it was The Dead, and local Pittsburgh Band Rusted Root was opening for them, so it was ON. Many of the usual suspects were there: The Deadheads were getting primed for the show, some looking for “miracles” or what the causal fan calls a ticket to the show, and some selling their wares to afford the trip to the next show. It was festive that day, even with the heat.

We got inside the stadium and settled in for a good time. Rusted Root took the stage and got the crowd rolling. The local effect was there but that didn’t matter. They were tight and were the perfect complement to The Dead. Twirling was in full bloom throughout the venue. The Dead took the stage with “Hell In A Bucket” which was what it felt like in the confines of Three-Rivers at the time.

They ran through the first set playing some classic jams that had the crowd on their feet from the start. After they completed the set the sky grew ominous. We didn’t know it then, but the show was about to take a turn that cemented it as one of The Dead’s most memorable concerts. The set break was longer than usual and the crowd was getting restless. Thunder was rumbling off in the distance, the sky was dark. It was then that The Dead began The Beatles’ song “Rain”. The timing was perfect, as the skies let loose on all of us at that very moment. The crowd welcomed the rain and the song with an enormous roar unlike any I’ve ever heard before at a concert. It was one of those times you never forget being in a crowd that large, living in the moment. It was also the beginning of what became a run of four straight rain-related songs. It rained throughout that stretch, ceasing at the end of the last song, “Looks Like Rain,” to the amazement of us all. They would go on to play other tunes afterwards and finish up with an encore of Gloria but it was the Rain Songs that made the show. So much so that the 6/30/95 Dead Concert at Three Rivers Stadium is now referred to as “The Rain Show” by many who were there (and many that weren’t).

Again, the whole experience was unforgettable. You don’t just go see The Dead, you experience them, is what I learned in the short time I was able to see them live.

Sadly, we didn’t know it then but this would be the last show that Jerry Garcia ever fronted in Pittsburgh. He passed away two months later in California.

The band carries on today as “Dead and Company” with John Mayer but to me the “experience” was all about the band with Jerry at the helm.

It seems fitting to me now that “The Rain Show” would be the last time I would ever hear Jerry’s voice live. The “experience” that day with the bands and the fans is a moment in time I look back on with regard to the significance of the finality of it all now, and how the show has left an indelible imprint on everyone connected to it. Here today, gone tomorrow as they say.