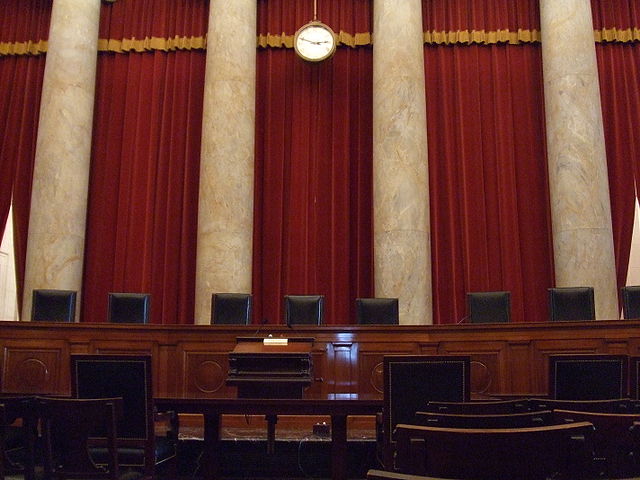 Whoa…people can over-react to Supreme Court rulings, but this ruling, and the reaction, is going to be big.

In a 5-4 decision along traditional conservative-liberal ideological lines, the Supreme Court rules that partisan redistricting is a political question, not reviewable by federal courts and can’t judge if extreme gerrymandering violates the constitution.

“We conclude that partisan gerrymandering claims present political questions beyond the reach of the federal courts,” Chief Justice Roberts wrote for the conservative majority. “Federal judges have no license to reallocate political power between the two major political parties, with no plausible grant of authority in the Constitution, and no legal standards to limit and direct their decisions.”

The court’s ruling came in two cases. In Maryland, Democrats who controlled the state legislature drew new lines for congressional districts to eliminate one of the state’s two GOP seats in the U.S. House of Representatives; and in North Carolina, where Republicans controlled the state legislature, they used the same tactics to isolate and limit Democratic power, and maximize their own.

Lots more to come from this…