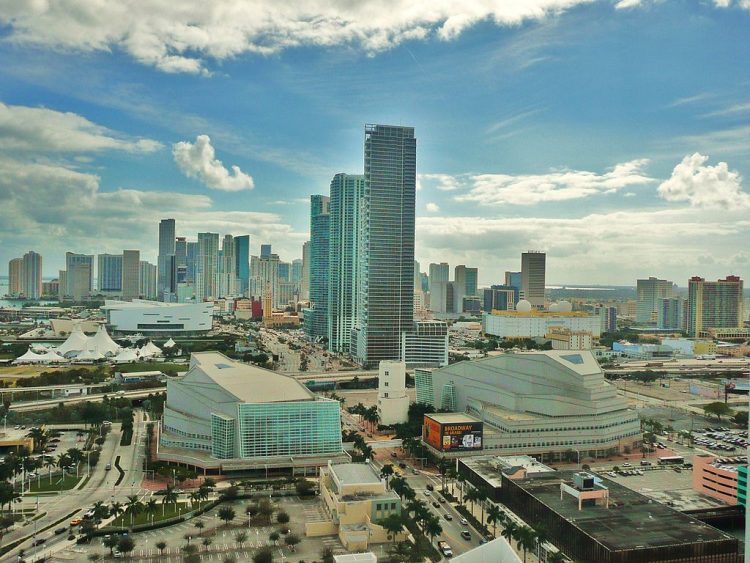 Ten candidates, almost as many moderators, 2 languages, 1 very glaring technical glitch, and a whole lot of crosstalk: Night one of the first Democratic debates is in the books.

Coming off two weeks of media adoration, “surging” narratives, and poll numbers showing her eating into – and in some cases passing – Bernie Sanders, Warren was undoubtably the biggest name candidate of night one going in. She did fine. That’s the problem with Elizabeth Warren right now though: By doing fine, those who support her will see a clear-cut win, those who oppose her will write “fade” stories about her strong start and then long stretches of silence at the end of the debate, and the folks in the middle will probably keep her as their 2nd and 3rd option. It might be fair to point out the format when deflecting the second of those, but when you are the clear-cut favorite and you don’t dominate, only do well, you’re going to fall into the crowd of others. She only did well. She is continuing to eat into Bernie’s numbers but not gaining on Joe Biden. That might change, but until that number moves, this is reshuffling of the progressive voters. For now the dynamic of Warren 2020 is supporters and fans really super excited about her being, maybe, in second place. Second place in Iowa, New Hampshire, Nevada, and South Carolina – and she is second or worse in all four at the moment – and she will still be Senator Elizabeth Warren come November 2020. Not sure she gained anything tonight, but not losing or killing your candidacy with a bad viral moment (hold that thought for Tim Ryan) is still a win. But did she do anything to distinguish herself to anyone not already predisposed to like her? Didn’t feel like it.

“When you’ve got an economy that does great for those with money and isn’t doing great for everyone else, that is corruption pure and simple.” Sen. Elizabeth Warren, addresses concerns that her policies may negatively impact the U.S. economy. #DemDebate pic.twitter.com/SIAwniXmej

The “X candidate has breakout night” stories are written ahead of time and then you slot in whoever does it. Just how it is. The “out of nowhere” is a bit overblown; though his polling is bad, he was reportedly on the short list for Hillary Clinton for VP in 2016 and has long been thought of as having “next big thing” type potential for Team Blue, but this was probably his first national exposure to many. Julian Castro gets the nod for breakout then, mostly using Beto O’Rourke as a step stool to raise his own profile. But he did one thing a candidate should do to stand out in a debate: he took a question and hijacked the whole segment into a referendum on a policy idea that the stage has to respond to. In this case it was his plan for repealing Section 1325 of Title 8 of the US Code, a law that makes it a federal misdemeanor to cross into the US without papers. He said Section 1325 repeatedly, and it is an effective tactic and put the others on the defensive. How it plays to the wider electorate – and trying to nuance that as not being “open borders” to the wider electorate-is going to be a lift when the current president got the job and plans on keeping it by shouting about the border – is another matter. But Julian Castro had as good a night as he could have hoped for.

And not for nothing, Beto O’Rourke and Cory Booker went for the full answers in Spanish, but Julian Castro made more effective use of the language with a simple “Adios” in his closing statement. It was natural, relatable, and far better than the first two’s attempts that left many native Spanish speakers, and even those of us who don’t habla, shaking our heads.

A Texas rivalry between Julián Castro and Beto O’Rourke broke out on stage tonight over immigration – and it became one of the key moments of the debate https://t.co/rEHU2yj3TH pic.twitter.com/TwVAPREfm9

There will be plenty of headlines putting Booker in the “winner” column. He won on Google searches by some folks measurements. He won on total time talking, unsurprising to anyone who has followed Cory Booker. It was a vintage Cory Booker performance: lots of smooth talk, lots of emoting, borderline cringe-worth retaliatory Spanish speaking after Beto O’Rourke first jumped into the bilingual pool and his reaction that immediately became a social media meme. Booker’s night is a microcosm of Booker himself, or as Dylan Matthews put it “Booker’s performance did not jump out to me as especially charismatic or impressive. But I’ve also followed Booker for years, and lived briefly in Newark shortly after he left the mayorship, so I’ve seen and heard him more than most. And it appears that normal people without much contact with Cory Booker really liked what they saw.” But is there a there there with Booker? He isn’t saying or offering anything different from a half-dozen other candidates, so is his personal style and charisma enough to make him stand out? For every answer in which he presents a solid, grabbing moment like his personal story on gun violence during the debate, you get Spanish side-eye memes and “Sparticus moments” like during the Kavanough hearings that elicits more eye rolls than eye-popping moments of inspiration from him. He probably helped himself, but the questions remain.

“If you need a license to drive a car, you should need a license to buy and own a firearm,” Sen. Cory Booker said during Wednesday’s #DemDebate, adding that “not everybody in this field” agreed with that position https://t.co/pTktAFfWRr pic.twitter.com/EmwMr2ucCd

Julián Castro and Beto O’Rourke clashed over immigration during Wednesday’s #DemDebate. The two Texas Democrats went after each other on whether or not coming across the border illegally should be a crime. https://t.co/JCU6jEVSgE pic.twitter.com/vH3TWQEZhW

I know, I know, he wasn’t on the stage, nor will he be tomorrow either, but the kids running his social media where the highlight of the night and we all need some levity at this point so a few highlights before continuing:

Cory your Spanish is somehow worse than Beto’s

Debate is over, we are now looking for John Delaney so we can call him a shill to his face

extremely ready to boo John Delaney until he cries pic.twitter.com/5cDkmHcSz9

What the hell does that mean?

Joe Biden bribed us with ice cream, we like him now pic.twitter.com/cbxmrcu2kx

Great move cutting everyone else off to say nothing at all, @JohnDelaney

Man, those kids really don’t like John Delaney. Speaking of which..

Just cut and paste this into your YouTube search “The Big Lebowski Shut up Donnie” or alternatively “You’re out of your element, Donnie” and you get the idea.

“I’m closing now?” he asked stunned he was going first in the closing statements segments. Yes, John…yes, you are.

God help Team Blue but De Blasio had a good night. The guy no one wanted on the stage turned in a good showing. Beating up on O’Rourke is kind of low hanging fruit, and he was subject to the only good thing John Delaney did all night that didn’t get hushed by another candidate, moderator, or the American people, but credit where it’s due, he did alright here.

“The immigrants didn’t do that to you” NYC mayor @BilldeBlasio at the first #DemDebate @NBCNews https://t.co/P5J6FAHqqt pic.twitter.com/vw0OgXi6Y4

If all you pay attention to is her smooth monotone delivery and anti-war talking points, plus her demolition of Tim Ryan when he had the flub of the night, you probably think she should be included in the “winners” category for this debate. She challenged Cory Booker for most Googled candidate of the debate. Hopefully when those folks Googled her they discover her panache for dictator enabling and the fact that if you want to run against President Trump with the cause of “Russia helped get him elected” you should probably not go with the candidate that is currently Russian propaganda’s favorite candidate for this cycle. But tonight, and thanks to Tim Ryan losing his bearing and forgetting his geo-politics for a moment, how far the one-time progressive star can go holding both ends of the horseshoe theory like a gymnast on the rings, we will see.

Our leaders have failed us, taking us into one regime change war after the next, leading us into a new Cold War & arms race, costing us trillions of our hard earned tax payer dollars & countless lives. This insanity must end. #TULSI2020 #DemDebate https://t.co/PIdii6kLxh pic.twitter.com/Gt4gRjFbZP

This was Tim Ryan. Everyone wave bye to Tim Ryan:

She tried some lines, made a binder joke during the “technical difficulties” portion of the show, and tried some canned lines like “all foam no beer”…see what I did there? Canned lines. Beer. That’s about how it went for the Senator from Minnesota. She has the same problem Booker does, just without the crazy eyes when reacting to things: there are a dozen other candidates saying and doing the same things and the package of Amy Klobuchar doing and saying those same things just isn’t enough to differentiate her. This was a great retort though, to Jay Inslee.

One of my favorite moments from the debate…Yes there were three women on the stage (doubling the number of Democratic women who have EVER participated in a presidential debate!). pic.twitter.com/lUsZj2LdwM

You’d think he was midwestern, cause he is JUST. SO. EARNEST. and it just doesn’t work. Even with the moderators trying to tee him up with a this-is-your-issue question, not sure he connected on it. YMMV.

Rachel Maddow asking Jay Inslee about his climate change proposals: Does your plan save Miami?

“Yes. First by taking away the filibuster from Mitch McConnell,” the Washington governor replied, also referencing the 100% clean electrical grid legislation passed in his state pic.twitter.com/Cx4elzJRFQ