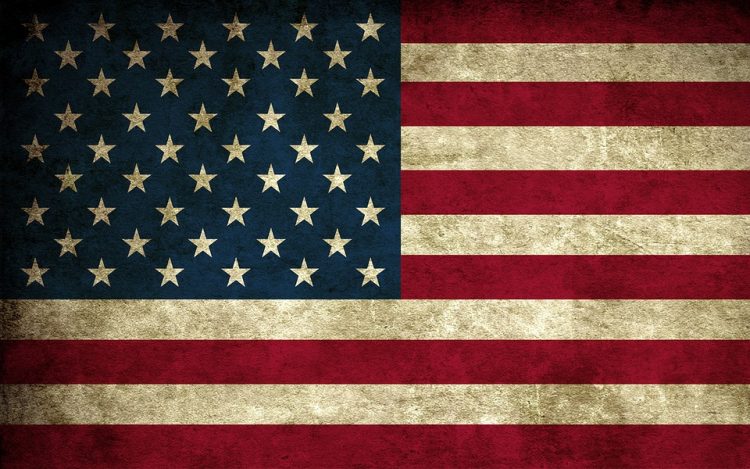 L1: It was 1984 in Dallas, Texas, and the Republican National Convention was in full swing. Nearby, the Revolutionary Communist Youth Brigade was holding a protest, attended by one Gregory Johnson. Johnson had an American flag, which he doused in kerosene and set ablaze. This being Texas, Johnson was arrested. He was charged with and convicted of desecrating a venerated object, which earned him a year long prison sentence and a $2000 fine. “No one was injured… though several witnesses testified that they had been seriously offended…” 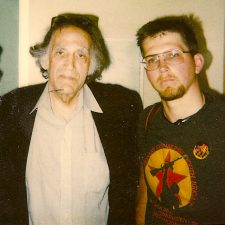 Johnson appealed his conviction, which was affirmed by the Texas district court but then overturned by the Texas Court of Criminal Appeals. The latter ruled quite simply that Johnson’s act was protected free speech and the conviction unconstitutional. The next stop for the case of Texas v. Johnson, our case of the week, was the US Supreme Court.

First, the Court recognized that the burning of the flag was an action, not “the uttering of insulting words”, but concluded that, nevertheless, it was expressive action and thus the criminal statute in question was subject to First Amendment analysis. In support they cited  their earlier decision in West Virginia Board of Education v. Barnette, previously profiled in this space, which found saluting the flag to be a form of expression, implying the opposite would be so as well.

The Court went on to parse whether the State of Texas had an interest supportive of Johnson’s arrest beyond the suppression of his speech. As an illustration, consider this: If you are marching down the street with your flag and I take it from you and burn it to protest, my arrest is warranted because I stole and destroyed your property, regardless of the intent of my expression via the burning.  But Johnson’s flag was given to him by a fellow protester (who had stolen it, but that is not addressed here). His arrest was for the desecration itself, not for a property crime. Texas argued that it had two interests: preventing breaches of the peace, and preserving the flag as a symbol of national unity.

The Court quickly dispensed with the “breach of peace” claim, which seemed retrofitted to bolster the state’s argument, and instead tackled the question of whether preservation of symbolism was a compelling enough state interest to warrant the suppression of speech. Writing for the majority and joined by Justices Marshall, Blackmun, Scalia, and Kennedy, Justice Brennan recognized that “Johnson was not, we add, prosecuted for the expression of just any idea; he was prosecuted for his expression of dissatisfaction with the policies of this country, expression situated at the core of our First Amendment values.” Furthermore, ruled the Court:

If there is a bedrock principle underlying the First Amendment, it is that the government may not prohibit the expression of an idea simply because society finds the idea itself offensive or disagreeable… We have not recognized an exception to this principle even where our flag has been involved. In Street v. New York, 394 U. S. 576 (1969), we held that a State may not criminally punish a person for uttering words critical of the flag. Rejecting the argument that the conviction could be sustained on the ground that Street had “failed to show the respect for our national symbol which may properly be demanded of every citizen,” we concluded that the constitutionally guaranteed ‘freedom to be intellectually . . . diverse or even contrary,’ and the ‘right to differ as to things that touch the heart of the existing order,’ encompass the freedom to express publicly one’s opinions about our flag, including those opinions which are defiant or contemptuous.”

Finally, Brennan concluded that by the Court’s holding, “the flag’s deservedly cherished place in our community will be strengthened, not weakened… Our decision is a reaffirmation of the principles of freedom and inclusiveness that the flag best reflects, and of the conviction that our toleration of criticism such as Johnson’s is a sign and source of our strength.” (This particular view is, in my opinion, the most convincing. Burning the flag does not damage the meaning it holds; the very act of burning it would be pointless unless the burner acknowledges that meaning. If you have not read Andrew Donaldson’s piece at Arc Digital on the topic, do so post-haste.)

Kennedy also wrote a fairly unnecessary separate concurrence, which could best be described as “yeah, what they said”. But Chief Justice Rehnquist, Justice White, and Justice O’Connor joined together in a dissent written by the Chief, which waxed poetic about the stars and stripes, literally quoted the Star Spangled Banner, included the entirety of a lengthy poem, and invoked the imagery of Iwo Jima and other battles (and later proceeds, with a total lack of self awareness, to call the majority opinion a “patronizing civics lesson”.) The dissenters rather nebulously concluded that the flag was of sufficiently unique character to warrant special exemption from our First Amendment jurisprudence. In case you didn’t buy that, they went on to adopt the breach of peace argument, and even suggested burning a flag in private would not have been criminal. Besides, they continued, the law denied Johnson of only one specific means of expression among scads of others. Stevens also wrote a dissent, arguing that Johnson was not punished for his speech but for the means by which it was expressed, which he believed an important distinction.

As a post-script, the federal government in response to the Johnson decision passed the Flag Protection Act of 1989, which the Court would grapple with the following year. In a 5-4 split along the same lines as Johnson, the Act was struck down.

L2: This week’s case was, of course, inspired by the President’s recent endorsement of another attempt to ban flag-burning via constitutional amendment.

L3: This week at SCOTUS, it was Gorsuch joining with the libs, striking down an enhanced-sentencing law for being too vague.

L4: The High Court also announced it would not hear the case of a Nebraska man, whose drug arrest was preceded by a traffic stop initiated despite the admission of the officers that he had not committed any traffic offense. The officers based the stop on the fact that the man’s car had been parked in front of a known “drug house.”

L5: SCOTUS also ruled a clothing company may go ahead and get FUCT trademarked. The 6-3 opinion ruled a ban on scandalous or immoral trademarks unconstitutional.

L6: The most recent conviction of Curtis Flowers, following his sixth trial on the same murder charges, has been overturned by SCOTUS after the prosecutor in the case has continued to strike nearly every black person in the jury pool.

L7: Stare decisis has been a hot topic of discussion lately. Where do our justices fall on precedential value?

L8: ICYMI, social media was all a-Twitter over a DOJ lawyer who argued that detained children at the border require neither sleep nor soap in order to be in safe and sanitary conditions. So, what was up with that?

L9: The first murder solved by GEDMatch familial DNA has gone to trial. Surprisingly, the defense is not challenging the use of GEDmatch; their focus is whether the presence of the DNA is evidence of anything.

L10: Our dumb criminal of the week comes from Canada, where a bike thief was foiled by not wearing a helmet. It was apparently that, not the other bike he was carrying around his shoulders, that led Canadian authorities to stop him.

L11: In honor of profanity’s victory before the Supreme Court, please watch this scene from “The Wire”, in which an entire crime scene investigation is carried out using only variations of everyone’s favorite four-letter F-word (warning: lots of bad language. Duh.) H/T Andrew Donaldson for the link: