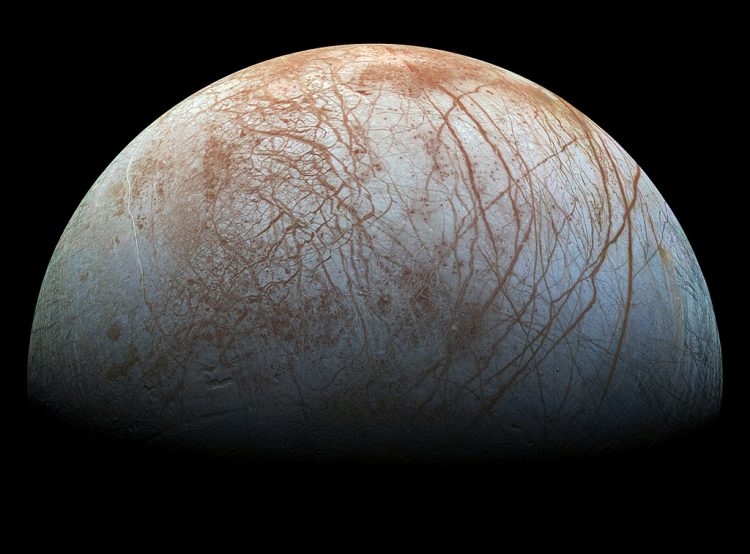 [ThTh1] My view on extraterrestrial life is that intelligent life may be rare but life of some kind is probably common. One of the most intriguing locations for potential life in our solar system is Jupiter’s moon Europa. It has a large subsurface ocean continually heated by Jupiter’s gravitational force. NASA has long-term plans to send a lander to Europa to drill through the ice and see what might be down there

This week, we got a big hint that the idea of Europa life isn’t so far-fetched. NASA scientists found that Europa’s leading surface is strewn common table salt. While this could be in situ it could also be produced by the occasional outgassing when Europa’s icy shell cracks, letting some of the subsurface water through. If it is indeed salt, that makes Europa’s ocean way more briny than thought and Europa itself way more geologically interesting. While it doesn’t show evidence of life, it is not inconsistent with the kind of conditions we know support life on Earth.

It will probably be decades before we have a definitive answer to this question. But I hope to live long enough to discover that we aren’t completely alone, even if the neighbors are only one-celled organisms.

[ThTh2] Speaking of the neighbors, we’re still learning more about the moon’s composition and what it tells us about the history of the Solar System. And it may now be a good idea to go back and check some … crap out. Or maybe turn the moon into a clean energy power source for the Earth.

[ThTh3] This is ridiculously cool:

When a camera’s framerate is synchronised with the frequency of a guitar’s string vibration, you can visualise the amplitude of the string’s vibration. pic.twitter.com/f03FNZNtyD

[ThTh4] A few more experts are weighing in on the Chernobyl miniseries. For the most part, it got things right. One of the areas where they got it wrong was the depiction of radiation sickness. This seems to be the result of basing much of that on Voices of Chernobyl rather than medical expertise. I still think the series is fantastic.

[ThTh5] The dance of the planets.

This impressive lunar occultation of Saturn, captured by Jan Koet on May 22, 2007, gives you an idea of the real time speed of astronomical events observed through a telescope https://t.co/OITNNmiXJR pic.twitter.com/VfUBirfqJ7

[ThTh7] And sticking with our Galaxy, GAIA may have revealed a past collision. When I started grad school, it was assumed that our Galaxy had undergone very few mergers and started out quite large. Now we know this isn’t the case; the Galaxy has grown and continues to grow by gobbling up smaller galaxies.

I need this. Teaching binary: pic.twitter.com/hEWjBmGcM3

[ThTh9] Doctors treat spina bifida … in a fetus. Amazing work. The animation is good too, although may freak some folk out a bit.